Home International Argentina to stay unbeaten with victory over Australia 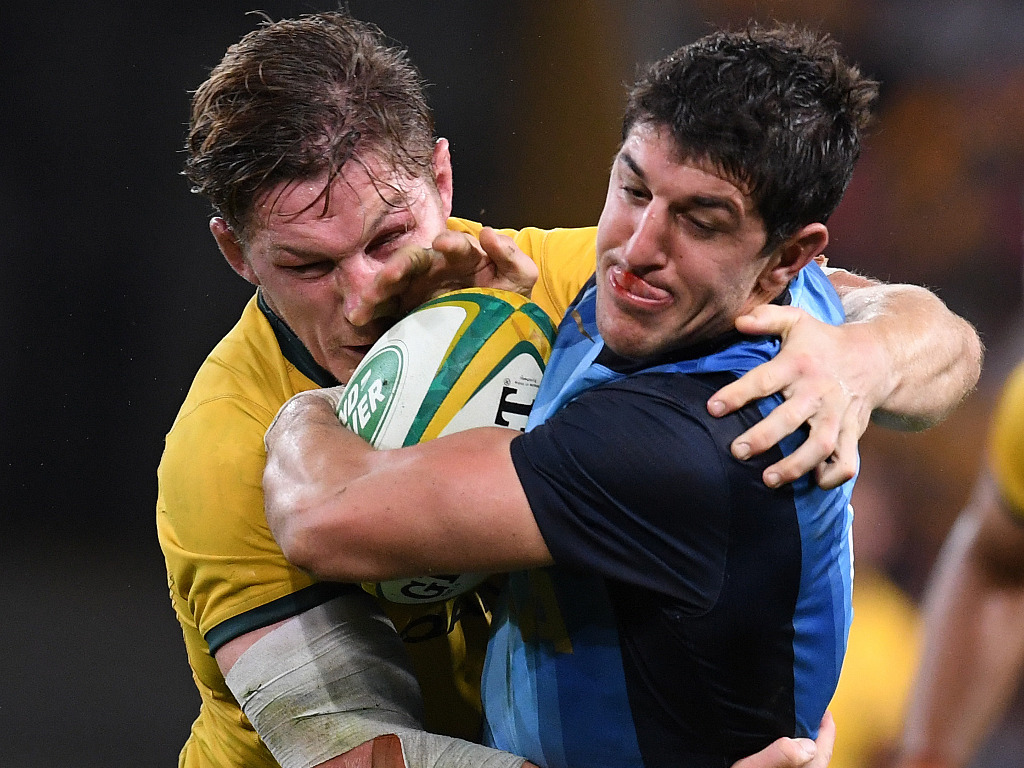 Argentina will be in a confident mood when they face Australia in a crucial Tri Nations encounter in Newcastle on Saturday.

That confidence stems from the Pumas’ 25-15 triumph over New Zealand which was the first time ever that they have beaten the three-time world champions, with that result regarded as one of the biggest upsets in the history of Test rugby.

Mario Ledesma’s charges delivered a near faultless display against the All Blacks with great physicality and an excellent defensive effort laying the foundations to their historic win.

By beating New Zealand, Argentina are sitting pretty in second position on the Tri Nations table with four points garnered after playing one match. New Zealand are in first position on six points but they have already played three games, while Australia are just behind, level with the Pumas on four points.

Although the South Americans are on a high, the Wallabies will be no pushovers and Dave Rennie’s troops will also head into this game with a semblance of confidence as they too managed to beat the All Blacks earlier this month.

Australia’s tactics were different to Argentina’s though as they took the fight to the All Blacks with their attacking play. However, Wallabies head coach Rennie believes that approach will not work when his charges go head-to-head with the Pumas.

Rennie feels his team’s tactical kicking and discipline will have to be accurate as he expects their opponents to try and replicate the defensive effort which worked so well against New Zealand.

“I think the Pumas are happy to play without the ball,” he said.

“They really dominated the kicking stats last week, which was surprising (28-16), so the All Blacks held on to a lot of ball and made errors and got punished.

“We expect them to kick a lot to us and then try and get a wall in front of us, so we’ve got a plan around that. Our kicking game needs to be sharp. Our ability to generate quick ball will be really important. And then discipline’s going to be massive. They’re happy to go in threes, and if we make errors around discipline they can kick from a long way out or get their lineout going and their drive game which was pretty effective last week.”

For Argentina: If the Pumas’ captain, Pablo Matera, can repeat what he did against the All Blacks in Sydney then the Wallabies are set for a tough day at the office. The Stade Francais tearaway takes plenty of pride in representing his country and led from the front in that memorable win over New Zealand. A strong ball carrier, Matera will be expected to get his side over the advantage line with ball in hand and when he does that, it should give his team-mates plenty of confidence and don’t be surprised if they follow his example. The 27-year-old is also solid on defence and a menace at the breakdown while his leadership is outstanding and, if he shines in all those facets of play, the Pumas should secure another victory.

For Australia: Although Australia have delivered some mixed results – all against New Zealand this year – one player who has played consistently well is star wing Marika Koroibete. The 28-year-old is Australia’s current John Eales medallist after several outstanding displays in 2019 and he has continued with that form in 2020 with more brilliant attacking performances at Test level. In the Wallabies’ 24-22 win over the All Blacks, Koroibete was yellow carded for a cynical defensive foul just before half-time but that setback did not deter him and when he returned to the playing field, he delivered a fine all-round effort. Attacking brilliance – he gained 83 metres from 11 runs with two defenders beaten – and bravery on defence – he came to the fore with some crucial tackles – helped the Wallabies seal their win and he will be determined to continue where he left off in that Test.

Head-to-head: Argentina will, once again, look to their fly-half Nicolas Sanchez to lead their charge in this fixture and his duel with Wallabies number 10 Reece Hodge should have a huge bearing on the outcome of this match. Sanchez showed his class with a superb performance against the All Blacks, in which he scored all the Pumas’ points, and he also caught the eye with his vast array of playmaking skills, as well as outstanding game management. He easily won his direct battle with the highly rated Richie Mo’unga but this week he faces a different challenge in Hodge, who is a more direct player and should test Sanchez’s defensive capabilities with some strong carries. Hodge is only playing in his third Test at fly-half for Australia but, despite his inexperience in that role, he gave a good account of himself when the Wallabies beat the All Blacks in Brisbane and will be determined to build on that showing.

Prediction: Argentina will be under pressure, after last weekend’s excellent result, but they will take that challenge head on. It will be close but Argentina will win by five points.