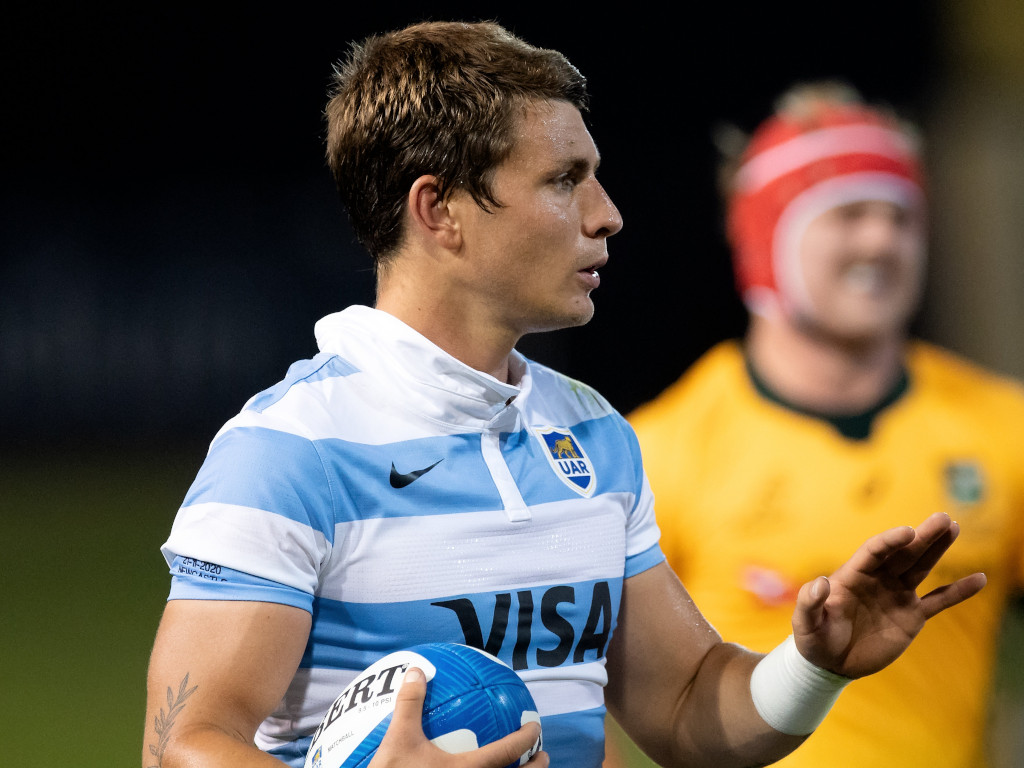 Dragons have announced the signing of Argentina international scrum-half Gonzalo Bertranou, who joins the PRO14 outfit with immediate effect.

The 26-times capped Pumas star, who appeared for his country in the 2019 Rugby World Cup, joins on a deal until the end of the current campaign.

Bertranou, 27, was part of the Argentina side that stunned New Zealand in the Rugby Championship in November and last featured for Jaguares in Super Rugby.

“We are pleased Gonzalo joins us and we are excited to see the impact he can make at the region,” said Dragons director of rugby, Dean Ryan.

“Gonzalo brings real quality to our set-up that will increase competition, while his international experiences will help the wider squad to grow.”

The deal comes on the back of news that powerful number eight Dan Baker is returning to Wales after signing a short-term deal with the region.

The Wales international has linked up with Ryan’s men with immediate effect, after his recent spell at Stade Montois in France, on a contract until the end of the season.

The 28-year-old, who previous made 94 appearances for Ospreys, joins the region as an injury replacement for Ross Moriarty.

The Neath-born back-row, who has won three caps for Wales, has already linked up with his new team-mates at Ystrad Mynach ahead of this Friday’s PRO14 showdown with champions Leinster at Rodney Parade.

“We’re pleased to bring Dan back to Wales and into our environment,” said Ryan.

“He is eager to take the opportunity and we look forward to seeing the impact he can make for us in the second half of this season.”

Baker said: “I’m excited to be returning to Wales and the chance to represent the Dragons.

“I enjoyed my rugby experience over in France, but now my focus is getting involved here as soon as possible.

“There is a talented squad at the Dragons and from my conversations with Dean (Ryan) the ambition is very clear. I’m excited to play my part and look to show what I can do the rest of this season.”

In another arrival at the region, full-back Ioan Davies has joined on loan from Cardiff Blues.

The 21-year-old links up with the region after a loan agreement was agreed between the teams until then end of the current season.