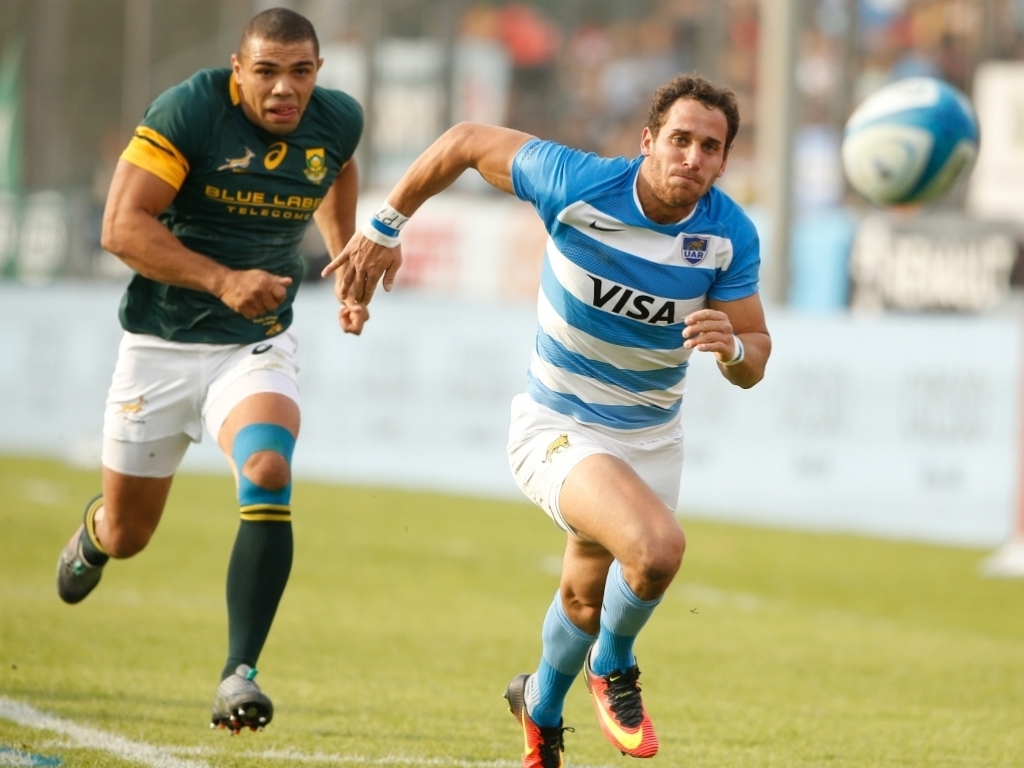 This was only Argentina’s second victory ever over the Springboks and they deserved it.

This victory was a long time coming. Argentina were the better team overall and this time the Boks’ luck ran out even though they missed quite a few penalties.

The result is a reflection of where South African rugby finds itself at the moment and it doesn’t look pretty. The first half especially was atrocious and one of the worst first 40 minutes in recent memory from the Boks.

Argentina led 23-13 after 55 minutes and it felt like deja vu from last week’s Test in Nelspruit, but this time Argentina held their composure in the final minutes to clinch the win.

The first half was terrible, especially from South Africa who just didn’t play with any conviction, structure or fluency. What will be of massive concern for Allister Coetzee is the team’s defence which was all over the place.

The Boks gave away too many possession in the first 40, their game plan consisting of box kicks which always went too far. They didn’t have the defensive discipline to cope with the counter attacks los Pumas launched which kept South Africa on the back foot.

Argentina blundered an early opportunity to score when Manuel Montero lost the ball over the line after a desperate tackle from Lionel Mapoe.

Elton Jantjies, who was substituted after 50 minutes, slotted a penalty to get South Africa on the scoreboard after Ramiro Herrera was sent off for a late tackle on Francois Louw. It was the only points the Boks managed to get while they were playing against 14 men.

A penalty by Nicolas Sanchez was followed by a superb try for Joaquin Tuculet. Starting in their own 22, Argentina moved up the field and when Vincent Koch shot out of the defensive line it created the space the home side needed to create space on the outside before Tuculet took an inside pass to dive over for a 13-3 lead.

Argentina dominated possession and territory in the first half as the Boks looked clueless.

The second half was slightly better as Coetzee almost emptied his entire bench to try and influence the game.

It worked in patches. Jantjies slotted a penalty before Bryan Habana scored his 20th Rugby Championship try and 65th of his career for a new Tier-one Test record, surpassing David Campese in the process.

The revival was short lived when Juan Manuel Leguizamon collected a cross kick in the Boks 22 and managed to get the ball down despite colliding with Habana on the way down. It gave Argentina a 20-13 lead and left the Boks in deep trouble.

Morne Steyn missed a penalty which would have relieved some pressure before Juan Martin Hernandez extended the lead to 23-13 after 55 minutes.

Steyn pulled three points back 10 minutes later and when Pieter-Steph du Toit, who made an excellent impact off the bench, barged his way over the line four minutes later South Africa only trailed by two points.

Steyn gave his team the lead with six minutes to play and the feeling was that the Boks might just pull off another comeback victory, but it wasn’t to be.

With two minutes left Argentina won a penalty in the Springbok half which Hernandez converted to give his team their first ever win on home soil over the Springboks.