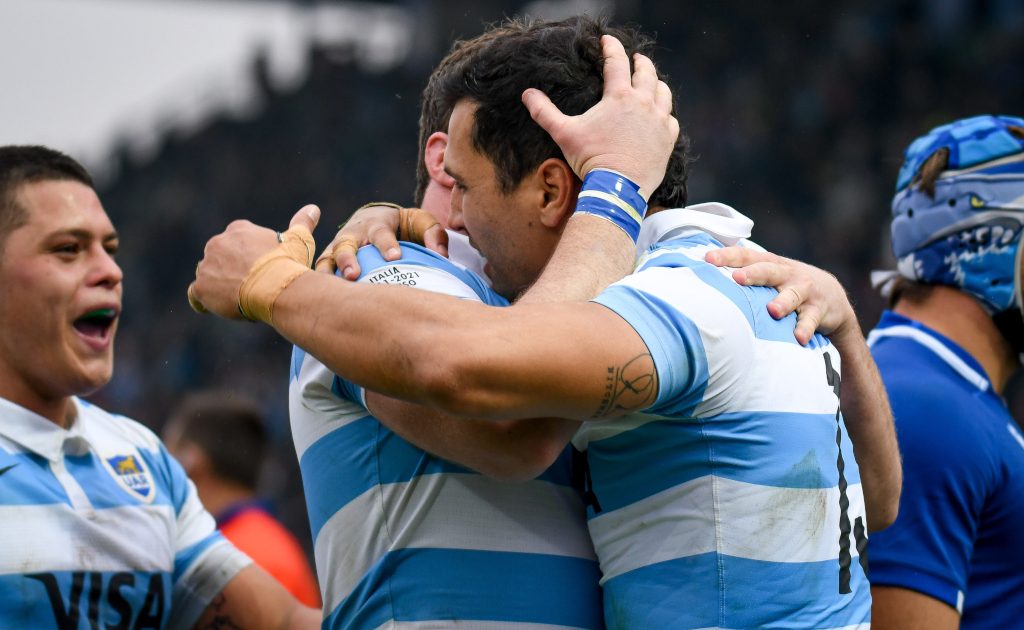 Argentina eased the pressure slightly on head coach Mario Ledesma as they proved far too strong for Italy, claiming a 37-16 triumph in Treviso.

Ledesma’s men laid the platform in the first half, benefiting from numerous Azzurri errors and taking a 17-6 advantage into the interval.

Marcos Kremer and Juan Martin Gonzalez touched down for the visitors, with Emiliano Boffelli adding two conversions and a penalty, for a 17-point buffer.

Between two teams low on confidence it was a scrappy affair, but Argentina were the ones that were clinical when the chances presented themselves.

They had the greater quality and experience throughout the XV and that was shown when the excellent Boffelli beat Matteo Minozzi to a high ball and sent Kremer over.

Italy were trying to play an expansive game but were often undone by their own errors and that enabled the Argentinians to build a comfortable lead. One such mistake resulted in an infringement and allowed Boffelli to kick Ledesma’s charges further ahead.

At 10-0 down, the hosts needed to build some pressure but instead they lost possession inside their own half and Los Pumas took advantage.

Kieran Crowley’s men were completely disorganised defensively and Jeronimo de la Fuente’s kick was pounced on by Gonzalez, who touched down.

Garbisi did reduce the arrears from the tee late in the half, but Argentina continued to control matters in the second period and duly scored their third try.

This one was nicely constructed as the ball was moved through the hands and ended when Pablo Matera’s superb pass was collected and finished by Moroni.

Although the home side got one back via Stephen Varney and Garbisi added another three-pointer, Argentina effectively completed the win when Cordero crossed the whitewash.

That win was then rubberstamped when Nicolas Sanchez added a penalty and Bosch went over late on.