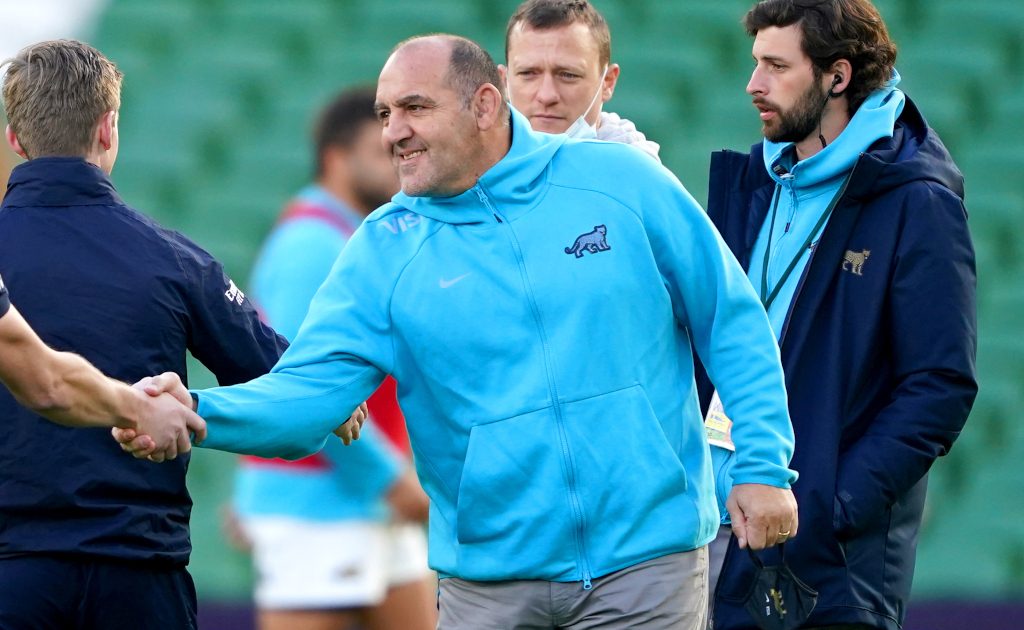 Argentina head coach Mario Ledesma has voiced concerns about the mental health of his players after a difficult year finished with a 53-7 defeat to Ireland.

The Pumas have not played a fixture at home since before the 2019 World Cup and have been forced to enter a series of bubbles due to the Covid-19 pandemic.

On the back of a narrow loss to France and triumph in Italy, Ledesma’s charges ended their tour with defeat in Dublin – an eighth loss from 12 Tests in 2021.

Really hard for the players

“Obviously not playing at home for two years has been tough because we’ve been in a bubble everywhere we went,” said Ledesma.

“Sometimes we have a day off, where we can go sightseeing, but it’s been really hard for the players.

“We don’t have the budget to bring the families like some other teams do, so it’s been tough and they’ve been grinding the whole year. It’s a big ask for players.

“We’re always talking about player welfare, mental health and then you go two years without playing at home and being in a bubble.

“I challenge any team to do that. It would be a struggle.”

Argentina have upset Ireland at World Cups on three occasions, most recently in the quarter-finals of the 2015 tournament.

But the error-strewn Pumas faded fast from a promising start at the Aviva Stadium.

An early try from Mateo Carreras put them ahead before he later fumbled when appearing certain for a second score, while full-back Emiliano Boffelli was responsible for two wayward penalty attempts.

Any hopes of a second-half fightback were extinguished by lock Tomas Lavanini being dismissed for a dangerous challenge on Ryan Baird, which came moments after Pablo Matera returned from the sin bin.

Ledesma continued: “At the same time, it (the fixture list) is not an excuse.

“These are the conditions we’re playing in and we’re not getting the results.

“Obviously we expected a different result (on Sunday) and we had a pretty good tour, a very good game against France, winning convincingly against Italy.

“Coming into this game after a good three weeks of work, we expected different.”