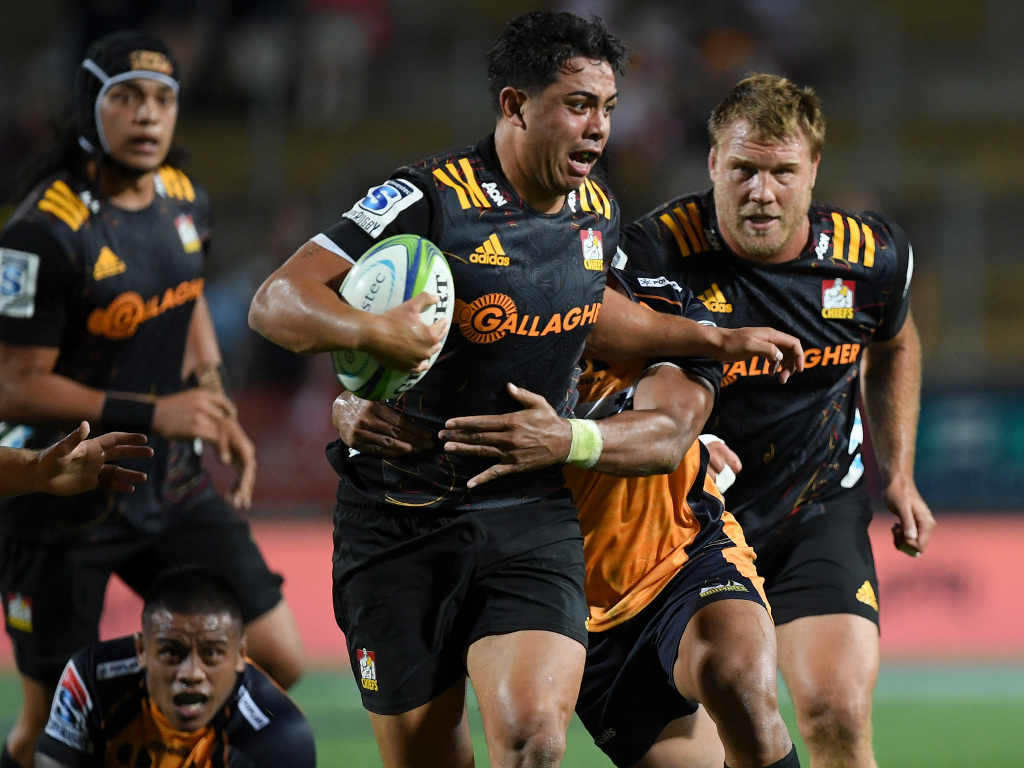 All Blacks and Chiefs centre Anton Lienert-Brown has announced he has signed a new contract with New Zealand Rugby and his Super Rugby club.

It’s a key signing for the organisations, with Lienert-Brown making huge strides since breaking into the professional game in 2014, when he made his Super Rugby and provincial debut.

He became a regular starter for the Chiefs in 2016 and was called into the All Blacks squad later that year. Still relatively young, he has already had an impressive career: 43 Tests (24 starts) for the All Blacks, 70 Super Rugby games and 19 games for Waikato.

Lienert-Brown said: “I love playing rugby in New Zealand. The team environments I have been a part of are really special.

“The challenge of the competition and team selection keeps me on my toes and drives me to be a better player and person. It’s that challenge I enjoy the most and for me there is no better place I want to be, to develop on and off the field.”

All Blacks head coach Ian Foster said: “Anton has been a standout for the All Blacks in recent years and we congratulate him on his decision to re-sign with New Zealand Rugby.

“For someone relatively young, he’s been an outstanding and consistent player who I feel is getting better and better. We look forward to seeing more of him this season and beyond.”

Chiefs head coach Warren Gatland said: “Anton is an incredibly talented individual and a resourceful midfielder. He is a key leader within our squad and leads from the front with his consistent performances, effective attack and relentless defence.

“He has been exceptional both on and off the field for the Gallagher Chiefs and we are looking forward to see him continue to grow in our environment.”

“It is with great pleasure that we can announce that Anton has recommitted to the province,” he said.

“He’s an extremely talented midfielder and has consistently started in the midfield for the Chiefs at Super Rugby level and All Blacks at international level since his debut back in 2016.

“We are very proud that Anton continues to represent Waikato on the national stage with the All Blacks and appreciate his contribution to our rugby community as an inspirational and aspirational role model.”