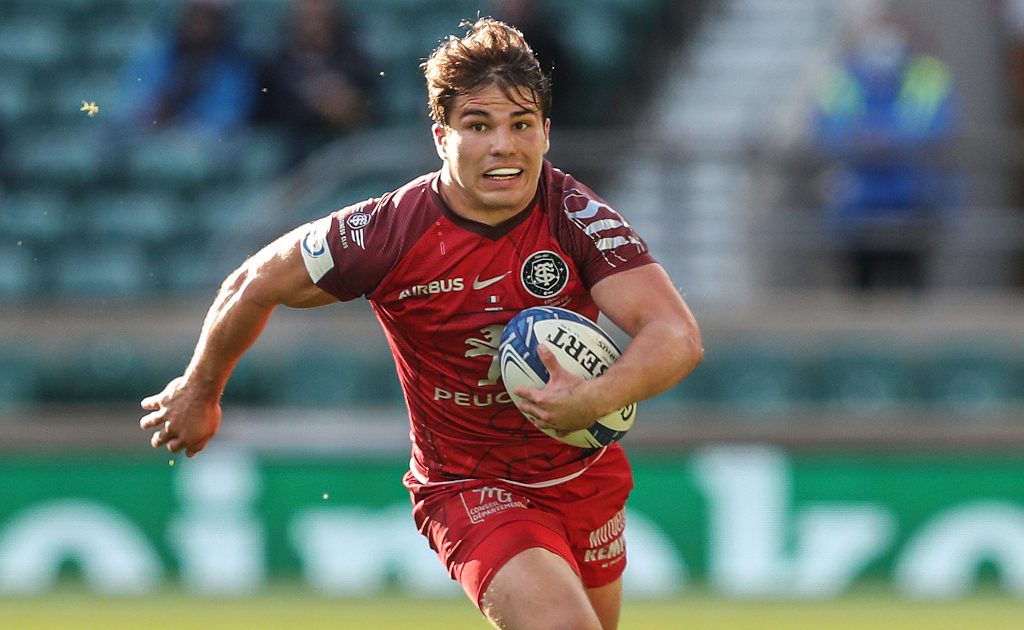 Toulouse head coach Ugo Mola has announced that World Rugby Player of the Year Antoine Dupont will not play for the French club when they travel to Wasps in a Champions Cup encounter due to an undisclosed injury.

Mola was reluctant to share more details on the injury amid fears the media would misinterpret the information.

“He’s injured, we’ll wait and see if he recovers, I don’t think you’ll see him this weekend,” Mola told reporters.

“The problem with communication is that if we say nothing you (the media) invent, if we say something you interpret. He’s injured. He has little problems that aren’t necessarily very serious.”

The French scrum-half’s strong form in 2021 also saw him take on the captain’s armband in the absence of Charles Ollivon, who is out with a knee injury.

With the Six Nations set to begin on February 6, France head coach Fabien Galthie will soon announce the squad that looks to build on last year’s historic victory over the All Blacks.

“As soon as Fabien Galthie does his press conferences you can ask him the question,” Mola added.

“You will know, don’t worry, France will communicate it about soon.”