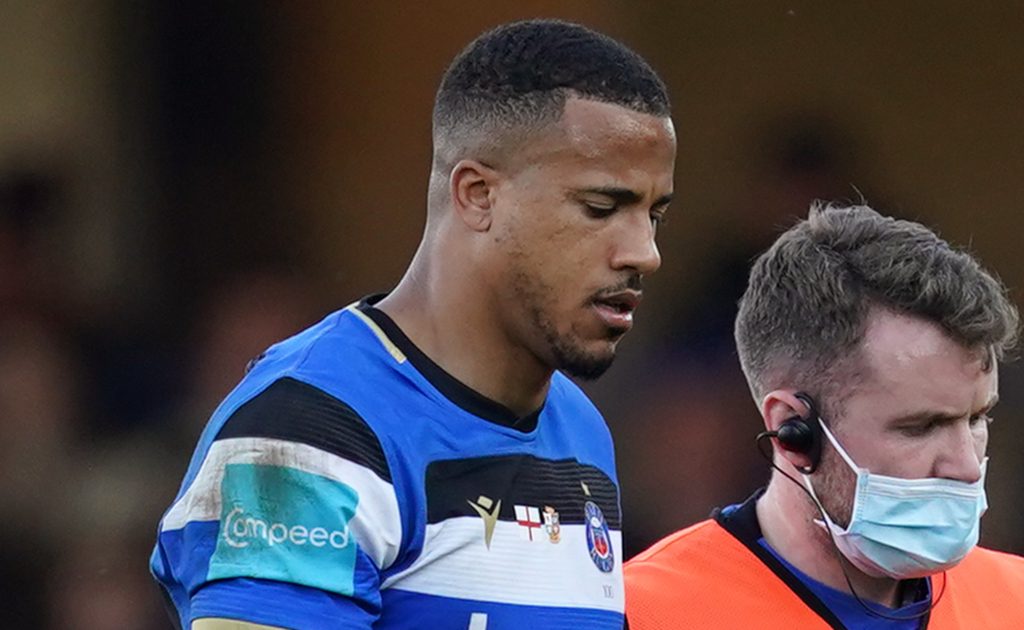 Bath and England wing Anthony Watson, currently sat on the sidelines with a long-term knee injury, has been given a suspended one-match ban by the RFU for tweeting criticisms of a referee.

In the latest example made of those who criticise match officials too blatantly, Watson was disciplined for ‘conduct prejudicial to the interest of the game’ for a tweet he posted after team-mate Mike Williams had been sent off for an illegal clean-out against Wasps by referee Ian Tempest.

“Here we go again. Where is he supposed to wrap?! Obsurd [sic] decision,” read the tweet.

He has also been instructed to deliver a presentation to his Bath team-mates and academy players on the use of social media. He accepted the charge at his hearing and issued a statement expressing his remorse, citing his long-term injury lay-off as context for his behaviour.

“I would like to record my remorse for my actions, it was never my intention to bring the game into disrepute and my ignorance surrounding the matter is not acceptable,” Watson wrote in a statement. “My actions cannot be explained simply by shifting the blame or placing extreme emphasis on my circumstances, I understand I must be accountable for my actions.

“However, contextually I believe it’s important to understand how difficult the past month or so has been for me. A week prior to this game I suffered a potentially season-ending knee injury, which alone is not the easiest thing to deal with. However, when coupled with the fact that a mere two years ago I spent 13 months on the sideline watching my team and rehabilitating a double ruptured Achilles – [that] can explain some level of the frustration I am feeling.”

Most notable during the hearing was the representation from the RFU Referees’ panel, which explicitly cited concerns over the amount of conflict their members were experiencing and the dwindling numbers of available officials.

“It is no secret that the number of referees taking up the whistle again after such a prolonged lay-off, is causing concern,” read a statement.

“A situation exacerbated by many of our members leaving the game having become disillusioned with, among other things, persistent challenging of their decisions and unfortunately, some serious incidences of match official abuse. Worse still, enticing new referees, especially young match officials, into the game becomes that more challenging.

“The refereeing community is a relatively tight-knit one and incidents of abuse and disrespect for the role soon permeate amongst officials, undermining their confidence and commitment. Furthermore, we cannot stress the impact that poor behaviour towards match officials, be it challenging decisions, appealing, disrespect or abuse, within the professional end of our game has on the wider game.”