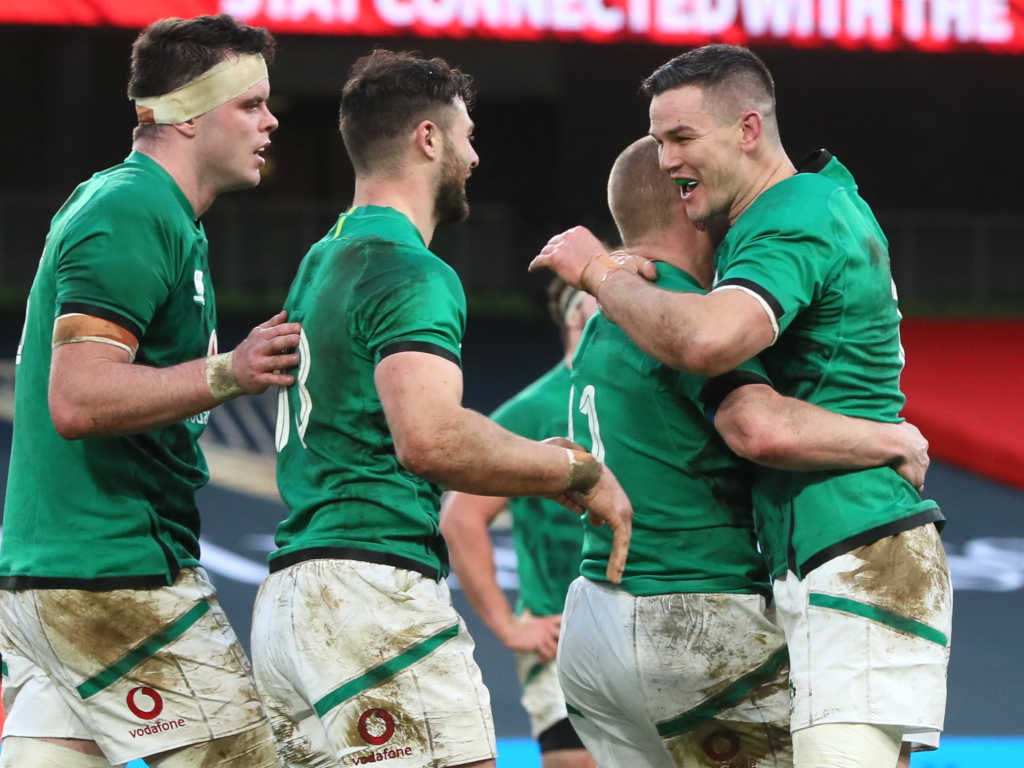 Next in our set of previews ahead of the Six Nations we examine the prospects of last year’s third place finishers, Andy Farrell’s Ireland.

The head coach is a man under pressure. Having taken the reins from previous incumbent Joe Schmidt, who led the Irish to three titles and a Grand Slam in 2018, there have been few positive signs emanating from the current side over the past year.

It perhaps shows the danger of promoting from within after Schmidt’s tenure ended with a 46-14 shellacking at the hands of New Zealand in the World Cup. Farrell was in charge of the defence which endured that awful day in Tokyo, a result which was the culmination of several subpar performances in 2019.

The brilliance of 2018, which saw an outstanding Six Nations campaign followed by a victory over the All Blacks – their first ever at home and second overall – gave way to 12 months of frustration.

Still, the IRFU felt Farrell was the man for the job after Schmidt’s departure, despite reservations from supporters, and internally they would have given him a pass mark in his first year in the job.

There are, however, significant concerns which will need to be addressed. Primarily, it is the lack of progress in their playing style, with the new boss seemingly continuing where his predecessor left off.

Talk coming out of the Ireland camp has been of trying to expand their game but that has not been evident so far and they certainly reverted to type when under pressure from the media and public, who criticised both their performances and results.

The talent is there – the quality of all four Irish provinces over the past few years is testament to that – but the question is whether the current coaching staff are able to reinvent a style from one which has been pretty similar for the past seven years.

There was obvious intrigue when Farrell took the job but also concern and those fears were quickly founded when Ireland stuttered to a 19-12 triumph over Scotland thanks to fly-half Johnny Sexton, who scored all of their points.

It was a win, though, and something they could build on for the next week when they faced Wales. Confidence was high in the Welsh camp after their demolition of Italy under new head coach Wayne Pivac, but the Irishmen produced an improved display to comfortably defeat their opponents 24-14.

That result raised spirits among those in the country but, judging by the rest of Wales’ year and Ireland’s next encounter, it was evidently misguided with the Emerald Isle completely outplayed in their next match, going down to England 24-12.

They were overwhelmed physically by the Red Rose and it is that lack of muscle which has Irish fans concerned, an issue that plagued their performances once international rugby resumed after the coronavirus-enforced break.

Although a dominant victory over Italy kept them in the Six Nations hunt and gave them a shot at winning the title, they finished off the tournament by succumbing to France 35-27 in another disappointing effort.

Very few games in the Six Nations are gimmes, especially early on in the tournament when all teams are starting from fresh, which means their first encounter against Wales is hugely important.

The Welsh were quite frankly abysmal in 2020 under Pivac and Ireland enjoyed the two matches they played last year, most latterly claiming a 32-9 triumph at the Aviva Stadium.

This game, however, sees Farrell’s men face their rivals away from home, and it will no doubt be a much sterner test. An opening round win is crucial if they are to have title ambitions, though, with one of the favourites to come in their next game in France.

If the Irish are to challenge for the Six Nations then they do have the benefit of having the two best teams at home – they face England last in Dublin – but are they good enough to beat both those sides at the moment?

They will also have to worry about Scotland, who have their best squad in years and will think that they can at least match the three wins they secured in 2020.

One of the issues with Ireland stems from the Johnny Sexton conundrum. Captain of the team and still, probably, their best fly-half, he remains a focal point, but there is no doubt that the 35-year-old is on the wane.

The problem is that they have been unable to find a suitable replacement, or at least been unwilling to give that player a consistent run in the XV, and as a result they have struggled for direction from the pivot position.

Sexton’s various injury problems have provided game time for a number of potential successors, but the Leinster man has often returned immediately when fit, which is obviously not conducive for finding the next in line, or indeed having a stable and successful side.

Conor Murray, another legendary player, is in the same boat with the scrum-half just not finding that world-class level over the past two years.

Providing both are available, it would certainly be a surprise if both don’t start in their opener against Wales and therein lies the issue for Farrell, who simply has to find replacements ahead of the next World Cup.

The head coach does at least have easier selection decisions up front with Iain Henderson and James Ryan likely to combine in the second-row.

They will, however, want slightly more from Ryan who, despite consistently being Ireland’s best performer, is perhaps suffering from the dip Maro Itoje endured in 2017 and 2018. Both remained top-drawer during their supposed malaise, but Ireland fans are waiting for the lock to go to the next level, like Itoje did in 2019.

In the back-row, CJ Stander and Peter O’Mahony remain ever-presents, while at prop Andrew Porter has been excellent in the absence of Tadhg Furlong.

We stated confidently that Henderson and Ryan would pair up, and remain convinced that it would be an errant move to choose a different lock duo, but Tadhg Beirne’s form is worthy of discussion.

The former Scarlets man has always been excellent for Munster since signing in 2018 but his performances during the 2020/21 season have been particularly exceptional. The 29-year-old’s versatility could also mean a place in the back-row, but there is far too much competition for him to start there. Instead, we expect him to come off the bench where his breakdown expertise will prove invaluable should a match be tight going into the latter stages.

Beirne’s skills offer something different to the others in the back five of the scrum, where number eight or flanker Caelan Doris will likely start. At the age of just 22, Doris has already established himself as a key member of the Irish squad having impressed in both the Six Nations and Autumn Nations Cup. He is a superb ball-carrier, a good athlete and an intelligent player, offering the type of threat which rivals what England and France have produced over recent years.

Another youngster who will hope to make an impression is hooker Ronan Kelleher. Following the retirement of Rory Best, Ireland are looking for a long-term replacement in the front-row and you sense the Leinster powerhouse is the player they are banking on. However, his throwing has been erratic, with the experienced Rob Herring and Dave Heffernan currently more reliable in that crucial area.

Should it all come together up front, though, then it will be exciting to see the likes of Jordan Larmour and Garry Ringrose in full flight, while we are intrigued to see how talented young scrum-half Craig Casey fares, providing he gets a call-up to the 23-man squad over the next two months.

Some, particularly those outside Ireland, may look at the losses to England and France last year and merely conclude, ‘well, they’re not that bad considering the respective resources’, but their fans quite rightly have higher expectations and were justifiably aggrieved with those displays.

That criticism isn’t born out of them being awful in the way Wales were in 2020 and Italy continue to be, for example, but the frustration over the fact that there is so much quality and potential within their squad.

Under Schmidt, they achieved plenty, and in 2018 were about to start their Grand Slam-winning campaign. By the end of that year they were overcoming the All Blacks for the second time in three games – a remarkable effort considering they hadn’t beaten them at all prior to 2016 – but since then that optimism has dissipated.

Against the more powerful teams, they have yet to solve the puzzle of how to counteract that size and physicality, while their legendary half-backs are not currently playing at the world beating levels seen in previous seasons.

For an Ireland in form, this schedule would have the phrase ‘potential Grand Slam’ etched into the minds of supporters, but we can see them losing more games than they win in 2021. Fourth place.