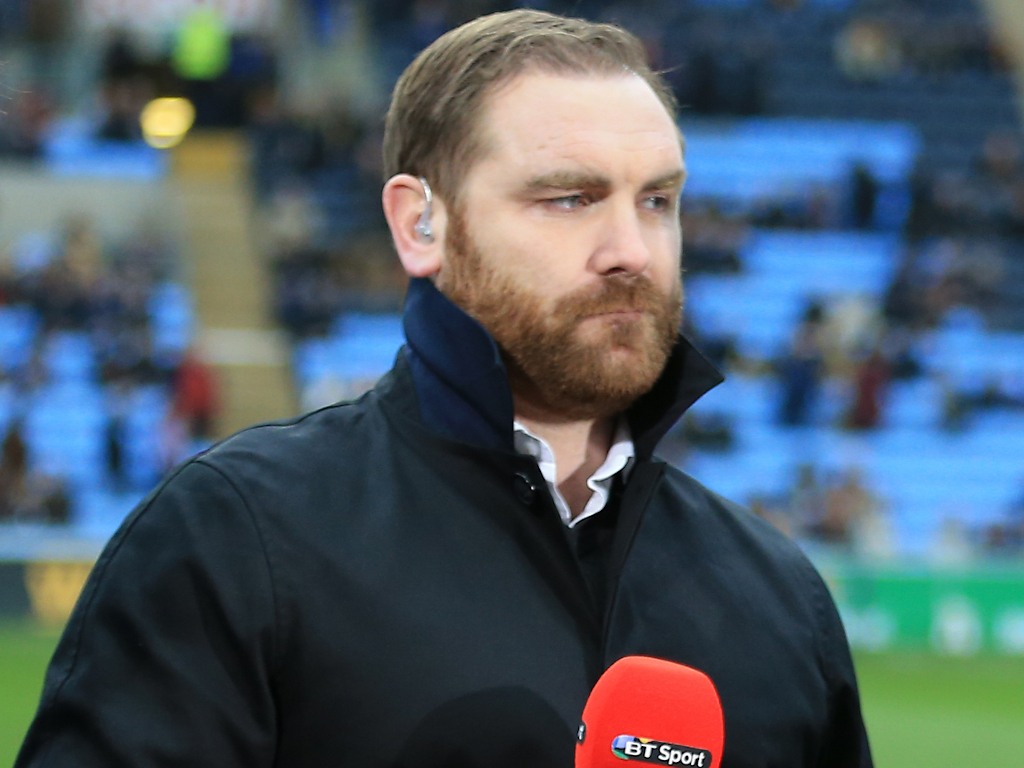 After a week of controversy and emotion, the 2019/20 Premiership semi-finals were finally confirmed on Wednesday, as fifth placed Sale’s inability to fulfil their fixture with Worcester Warriors ensured fourth placed Bath’s progress into the knockout stages to face Exeter Chiefs at Sandy Park.

With Wasps hosting Bristol Bears, a theme of form versus firepower has emerged in both ties. Former England fly-half and second highest points scorer in Premiership Rugby, Andy Goode, joined Planet Rugby to unpack the weekend ahead.

BT Sport is the home of the Gallagher Premiership Rugby. BT Sport 1 will broadcast both semi-final fixtures on Saturday 10th October with Wasps v Bristol Bears from 1.00pm and Exeter Chiefs v Bath from 3.45pm

“These are two crackerjack fixtures with arguably the best four sides since the restart in the mix,” he explained.

“There’s a huge expectation on Exeter who are so comfortably on top but are fighting a battle on two fronts, with one eye on the Champions Cup final next weekend. There’s been murmurs that Exeter go into this with some losses in the Premiership that might affect their morale but I don’t buy that one; Rob Baxter is a smart coach who’s implemented a specific selection policy over the last few weeks in order to allow his side to peak for the next three weeks.

“By saying that, the point about firepower is apt where Bath are concerned. They go to Sandy Park with a bit of luck after the Sale situation, but equally, people should also recognise that they have finished fourth on merit,” noted Goode.

“The power Bath have up front, with a pack that’s built on the blueprint of the traditional strengths of the club, is quite staggering. They get off the line well and they’ll rely upon their formidable set piece to get them go-forward.

"I honestly think we're working harder than other teams, hopefully that will get us to the semi-finals." 💪@tomdunn92 for the Lions? @IamAustinHealey thinks so! 🦁

He put in a shift for @bathrugby in their West Country derby win! 👏 pic.twitter.com/42IFrddoBu

“One head-to-head battle that’s mouth-watering is the clash of the two front-rows – the established Exeter versus the emerging Bath; all of the players are England contenders, with hookers Luke Cowan-Dickie and Tom Dunn both in the form of their lives. The tussle between Harry Williams at tighthead and the emerging Beno Obano at loosehead is one for the scrum purist and will be crucial in defining the result.

“I’ve also watched with interest the form and confidence of my old pal Rhys Priestland at fly-half. Ben Spencer’s arrival has made a world of difference to Rhys and they work together to share the decision making, taking responsibility off each other, both possessing the kicking game to get the best out of their forward assets, which in turn creates space for Bath’s lethal back three. Joe Cokanasiga is back alongside Ruaridh McConnochie and Anthony Watson and if they get enough ball, we may see an upset,” suggested Goode.

“However, even without fans, Sandy Park is a formidable fortress – it’ll take a monumental effort from Bath and I still see Exeter emerging victorious, but if any side have the game to disrupt the Exeter phase game, steal ball and match them up front, it’s Bath,” he concluded.

“Over at the Ricoh, we’re in for a treat of open rugby. Both Wasps and Bristol play expansive attacking games but both can be criticised for conceding a few more points than perhaps they should,” suggested Goode.

“It’s another form versus firepower battle really, with Wasps consistently on top form versus Bristol, a side with game changing players in every unit of their team. A great subplot is the amount of former Wasps that find themselves at Bristol now, with a lot of inside track knowledge available from the likes of Nathan Hughes, Piers O’Conor and Alapati Leiua who are all former stars of the Coventry club,” he explained.

“Wasps’ headliners this year have been their young tyros, flanker Jack Willis and fly-half Jacob Umaga. However, I just want to shout out the two veterans alongside them that are holding their hands and mentoring their charges; Brad Shields at eight is the glue that holds Wasps together. His leadership, nous, decision-making and unseen work are out of the top drawer and it’s no coincidence that wherever he plays, so silverware follows.

“In midfield, Jimmy Gopperth has to be one of the best overseas signings we’ve seen and he takes a lot of pressure off Jacob. He filled Jonny Wilkinson’s boots at Falcons, (Johnny) Sexton’s boots at Leinster and whilst he also filled my boots at Wasps it’s safe to say he’s never fully filled my rather enormous shirt!” quipped Goode.

“Joking aside, his energy at 37 is an example to us all and the way he maintains his effervescent enthusiasm both on the training pitch and on the match field are a credit to him.

“The make-up of both back-rows will really decide the game. The pace of Willis and Thomas Young is scary, but will be matched by the in-form player of the Premiership, Ben Earl, a try-scoring machine at seven or eight. Steven Luatua and Nathan Hughes are bigger units, so we’ll see a real blend of skills and Bristol must compete with the pace of the Wasps trio if they’re to overturn the odds.

“Malakai Fekitoa’s clash with Semi Radradra is also one I cannot wait to see. Both are massive units and I don’t see Malakai giving Semi the space that others do. Wasps will work a number on the Bears midfield and attack them early, pushing them across the pitch where Siale Piutau can sometimes crab across which removes space for Radradra.

“The game, from both team’s perspectives relies upon two key areas; the breakdown and turnover count, combined with the ability to attack from those turnovers or broken field situations.

“Again, I see this going with home form, with perhaps the all-round pace of the Wasps pack giving them an edge. But Bristol have the firepower to beat anyone on the day and we still might see them overturn the final table placings,” concluded Goode.

“Both games have the potential to be feasts of open rugby and it’s a tribute to all within the game that, in such trying times, we have such a great weekend of rugby to look forward to.”