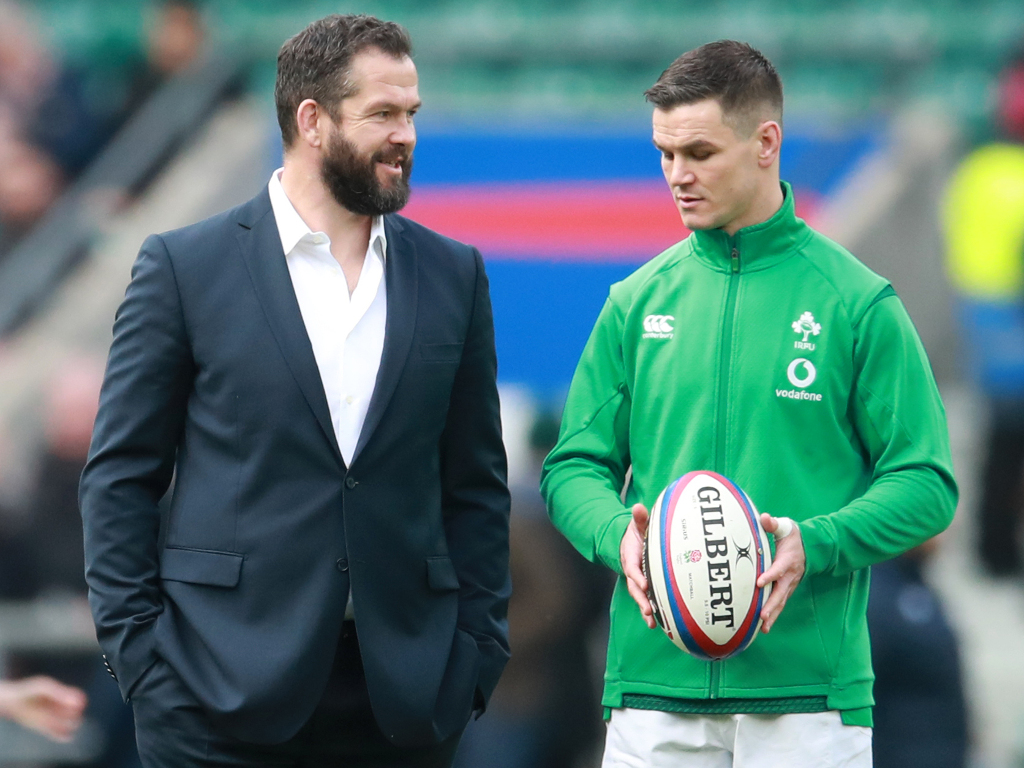 Ireland head coach Andy Farrell believes his side are still in the mix for the Six Nations title despite their dismal defeat to England.

Farrell, who praised his team for not collapsing to a “cricket score” at Twickenham, knows they must regroup quickly after the 24-12 loss.

England head coach Eddie Jones claimed his side could have declared at half-time in a one-sided match after racing into a 17-0 buffer.

Ireland improved in the second period but were flattered by the final scoreline, with their overall performance raising serious questions about their title credentials.

However, head coach Farrell remains defiant following the maiden defeat of his short reign and, asked if Ireland can reclaim the championship they last won in 2018, he replied: “100 per cent.

“We are in it, you know, we are in a competition. We are in the same position as a few other teams and we need to be disappointed with this.”

Calamitous individual errors mixed with the hosts’ relentless aggression left the Irish with an insurmountable task in south-west London.

Ahead of the game, the spotlight had been firmly fixed on home coach Jones following England’s unconvincing start to the tournament and a bold team selection, coupled with some controversial remarks to the media.

The Australian’s game-plan was more than vindicated by a dominant success, prompting his smug cricket analogy.

“We played with a lot of control. We read the conditions well, read the referee well, and at half-time if it was a cricket game, we could have declared,” he said.

Questioned on those provocative comments from his opposite number, Farrell replied: “Is that what he said?

“There are plenty of teams who would have been here – us included in the past – that when a (England) side have been brimming at half-time, they probably would have felt they could get to a cricket score.

“You know, we can give ourselves credit for that.

“We started the second half pretty well with a bit of intent and a good side like they are they came back, but we finished the game off strong.

“Some might say the scoreline flattered us but, at the end of the day, it is a 12-point margin, we could have rolled over against a side that were desperate today in England.

“But we didn’t and we gave ourselves as good a chance as any.”

Second-half scores from centre Robbie Henshaw and replacement prop Andrew Porter left the scoreboard looking respectable but, with a Triple Crown at stake, Ireland never threatened to build on wins over Scotland and Wales.

The Irish host pointless Italy on March 7 before travelling to Paris the following week for a potential title-decider against table-topping France.

Fabien Galthie’s new-look French side have so far swept aside all before them but Farrell insists they are not immune to setbacks and their easy-on-the-eye style can be disrupted.

“There will be ups and downs in their competition as well, we just have to make sure that when we go we try and not allow France to play the game they want to play,” said Farrell.

“But first things first, let’s make sure we have got the right attitude, right intent to get the result we need against Italy.”