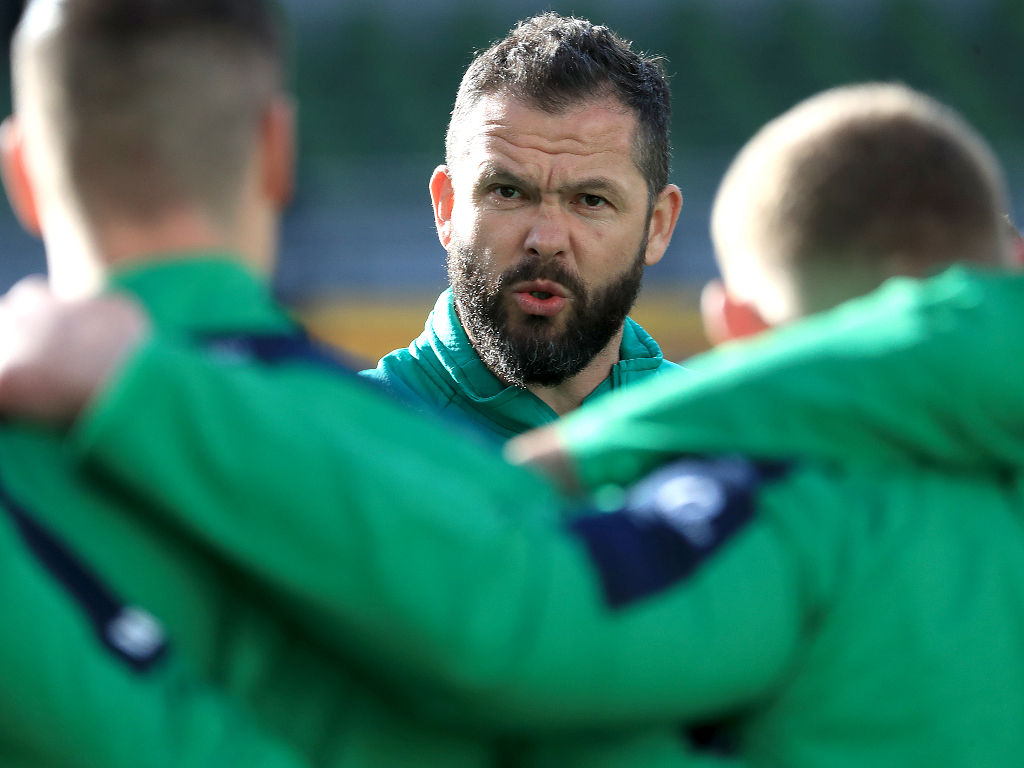 Ireland rugby bosses have no regrets over the appointment of head coach Andy Farrell and believe he is “absolutely” the right man to lead the country forward.

Farrell’s tenure has come under scrutiny due to a series of inconsistent performances and results.

Defeats to England and France saw the Irish finish third in the Six Nations, while they suffered another disappointing loss to Eddie Jones’ side in the current Autumn Nations Cup.

Asked if Farrell and his backroom team still have his support, Nucifora replied: “Absolutely. They’re an experienced coaching team.

“They’ve been in and around international rugby between them for many years, either with Ireland, or England, or the (British and Irish) Lions, so we’ve got an abundance of experience here.

“If you look around at many other international teams, the years of experience that the guys have would stack up against any other coaching group.

“Once they get some stability and continuity with the team, we will start to see progress.”

Farrell stepped into his first job as a head coach following last year’s World Cup having been assistant to predecessor Joe Schmidt.

He has won five of his eight matches in charge and will end 2020 with Saturday’s third-place play-off against Scotland in the Autumn Nations Cup.

Nucifora did not reveal whether other candidates were interviewed for the role.

“That decision was made many months ago, throughout the process when we knew Joe was leaving,” he said of Farrell’s appointment.

“We decided that Andy was the right person for that job. And obviously we are very happy with that decision.”

Farrell has repeatedly rotated his squad selections and line-ups during his short tenure, picking 40 players in total and handing out a series of debuts.

Nucifora has called for patience during the transitional phase and stressed he will be better placed to judge Farrell’s performance following the 2021 Six Nations, which begins on February 6.

🗣️ "Not good enough, not good enough. Certainly in that second 40, it wasn’t the standard we expect of ourselves." #AutumnNationsCup

☘️ Andy Farrell was not a happy man after Ireland's win over Georgia. 👇 https://t.co/KyzvwR56hu

Asked what would constitute success in that tournament, the Australian replied: “We’re going to try and win the thing.

“We’ve had some very successful years so we are going into that next Six Nations with exactly the same ambition, to go out there and try and win the competition.

“You don’t go in to come second or third each yeah, you go in there to try and win the competition. That’s what we set out to do every year.

“Obviously we look at the performances that are involved in trying to achieve that, and that’s what things will be judged on.”