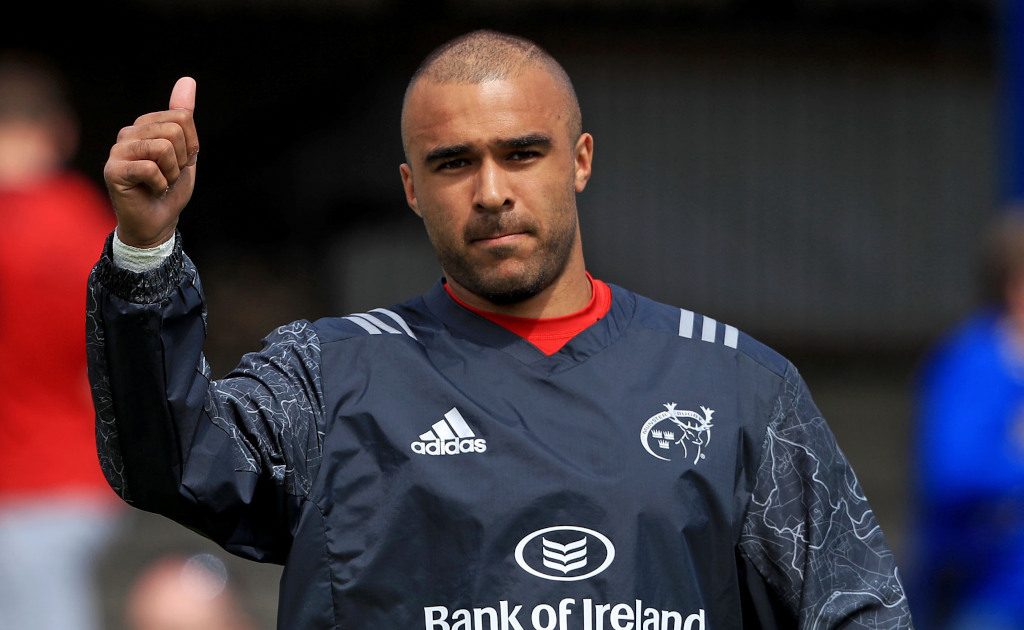 Andy Farrell feels Simon Zebo remains a “great option” for Ireland but suggested he must prove himself with Munster next season before being considered for an international recall.

Zebo is poised to return to national team contention after agreeing to rejoin his native province following three years with French club Racing 92.

Head coach Farrell opted against including the former British and Irish Lion in his 37-man squad for next month’s Dublin Tests against Japan and the United States.

Zebo came off the bench to score in Racing’s Top 14 play-off victory over Stade Francais last weekend – helping set up a semi-final meeting with Ronan O’Gara’s La Rochelle – and has registered six tries in 13 starts this season.

The 31-year-old back, who won the last of his 35 Ireland caps in June 2017 and provided injury cover during the 2013 Lions tour of Australia, is being closely monitored by Farrell.

“If he keeps on playing like he did against Stade Francais the other week when he came on to that line and passed the ball out of the back of his hands – that’s the Zebo of old,” said coach Farrell.

“I suppose he’s not very old either. He’s not been getting much opportunity, a little bit more recently off the bench. He got some game time at the weekend, I’ve been watching all of his games.

“He’s doing pretty well, he’s in a big semi-final at the weekend. Do they get through to the final? Would he miss some time with us?

“There are other guys who deserve a chance to be in our squad that’s been playing in and around Ireland over the last season that deserve a look.

“Zeebs will come back to Munster in pre-season, we’ll see how hungry he is to start the season well, how good a pre-season he has, how much he settles in as soon as possible.

“He’ll be a great option, because his passing game, his left-footed kicking game is exactly where it was.”

Ireland host Japan at the Aviva Stadium on Saturday, July 3 before welcoming the United States to the same venue a week later.

Meanwhile, Ireland U20s coach Richie Murphy has made two enforced changes to his 34-man squad for the Six Nations ahead of Saturday’s opener against Scotland in Cardiff.

Hooker Lee Barron and scrum-half Ben Murphy have been ruled out of the tournament through injury, with Levi Vaughan and Will Reilly called up as replacements.