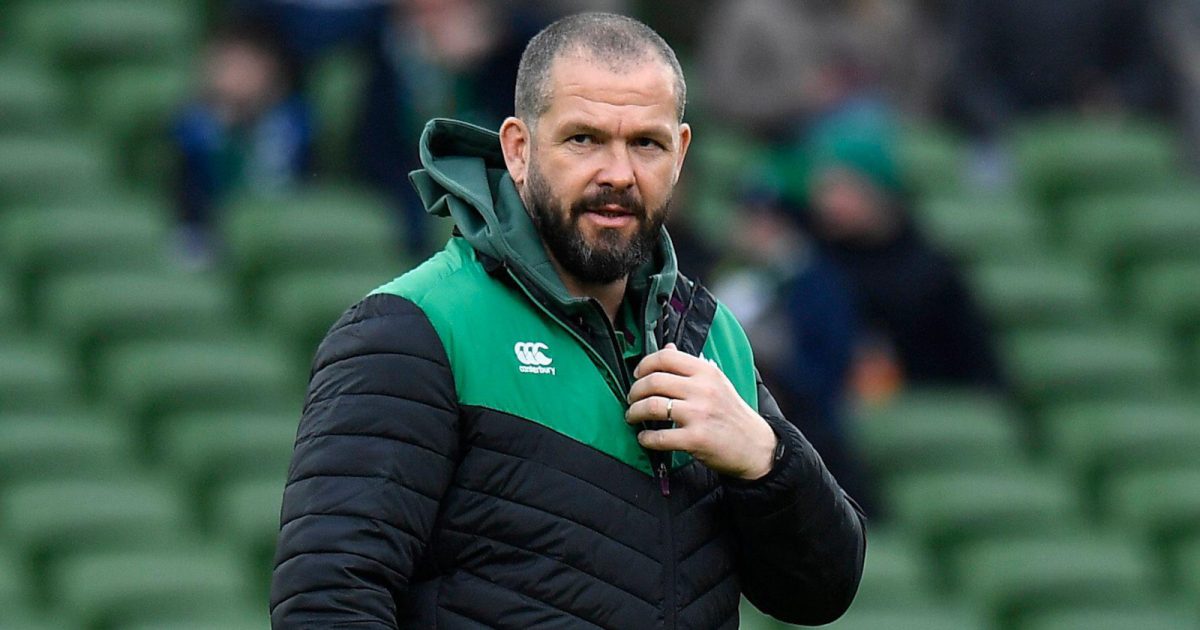 That has set tongues wagging as to who is the best person for the job and with Farrell’s own deal expiring after the 2023 event, a move home might happen.

Sweeney was asked about the Ireland coach’s achievements after a recent 2-1 series win in New Zealand and admits he has been impressed with his work.

“He’s doing well, isn’t he?” he responded to the question about Farrell‘s form.

“A couple of years ago, he wasn’t doing so well and there was a lot of pressure around him at the time.

“I think it was only two years ago where there were calls to get rid of Andy Farrell, Mike Catt (his assistant), that whole group.

“But they’ve come through that and they’re doing very well.

Farrell, who was England‘s defence coach from 2011 to 2015 before his sacking after the Rugby World Cup on home soil, made the move to Ireland soon after.

But he’s one of several English coaches reportedly under consideration for the job, with Steve Borthwick, Rob Baxter and Richard Cockerill other contenders.

“Clearly we’ve developed options,” said Sweeney when asked about the possible candidates. “We’re fortunate at the moment that we’ve got a really good group of terrific English coaches coming through.

“The question is, ‘are they ready to succeed in 2023?’. And, if they are, what sort of structure do we put around them?

“Previously, the conversation has been around just the head coach, but each head coach is slightly different.

“You’ll have some head coaches who are very, very strong on the pure coaching aspect. You have others who are a bit more like a director of rugby in terms of management or leadership, so therefore it’s equally important not just the head coach but the entire coaching set-up we put around that.

“And we want to be more directive from an RFU perspective in terms of how that goes. We’re comfortable we’ve got a very good coaching succession plan in place.”

One interesting idea Sweeney is keen on for future coaching appointments is to forge closer links with emerging nations such as Georgia to aid development.

“We may have a really high potential English coach but how do we actually – in the same way that many companies do – take somebody and fast track them?” he said.

“Do you try and place an English coach as being head coach of Georgia for a while?

“Longer term, we need to make sure that we are developing all of those coaches up to be the best coaches they can be in a high-pressure, international environment.”

He added: “It’s an opportunity, an avenue that we haven’t used in the past. Andy Robinson is in Romania now, but that was under his own steam. I don’t see why we can’t build that into our overall coach development programme.”