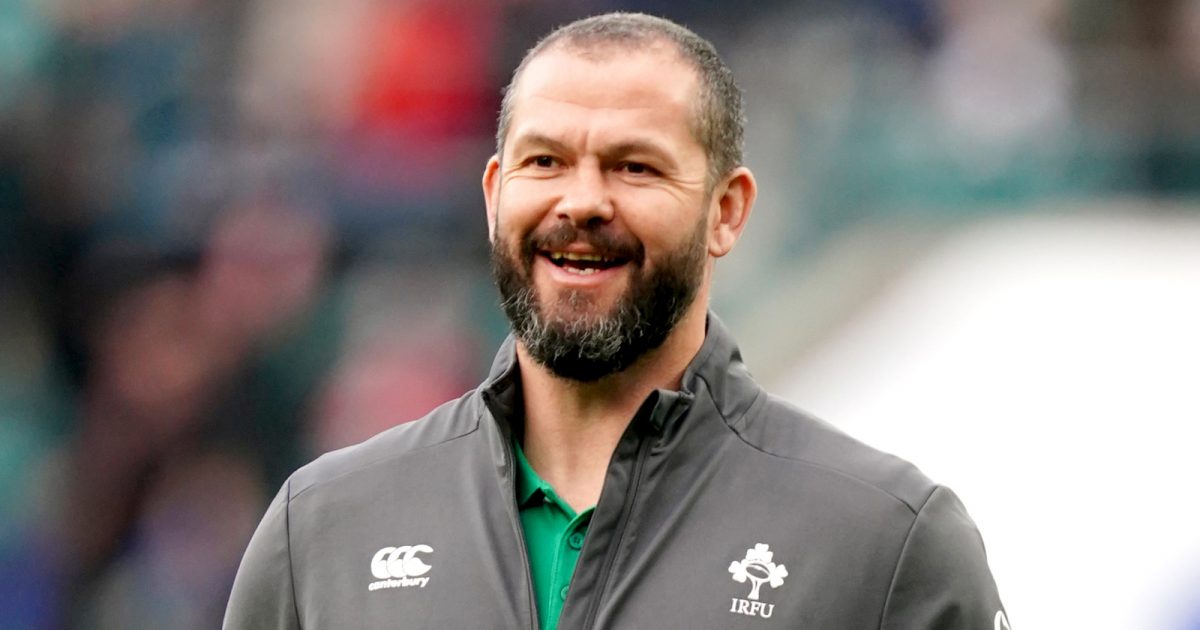 Andy Farrell will remain as head coach of Ireland until at least 2025 after signing a new two-year contract with the Irish Rugby Football Union.

Farrell took over from Joe Schmidt following the 2019 World Cup and, despite a difficult start, he has impressed in the role.

Seen as the continuity appointment, having worked as defence coach under Schmidt between 2016 and 2019, the 47-year-old had his critics initially.

Ireland struggled in the 2020 Six Nations and the early part of the 2021 tournament, but a big victory over England turned it around.

From that moment on they have gone from strength to strength and it culminated in a historic series triumph over the All Blacks in New Zealand.

One of the best in the world

“I am delighted to confirm that Andy Farrell has accepted a two-year contract extension as the head coach of our men’s international team which will keep him at the helm of that team until at least August 2025, and there is an option to extend the contract further, based on a number of mutually agreed performance markers,” IRFU chief executive Kevin Potts said.

“Andy is one of the finest coaches in the world, he has brought our game to new heights and has the team playing a brand of rugby that excites, entertains, and engages people, while, critically, producing winning results.

“I would like to thank our performance director, David Nucifora, for his work in negotiating this extension with Andy.

“I, on behalf of all the Union delegates and Irish rugby fans across the world, thank Andy for the exceptional impact he has had on Ireland’s performances to date, as we look forward to the year ahead, which will of course include the Rugby World Cup in France.”

Farrell was already contracted up until the World Cup in France but this deal will fend off any potential clubs or countries who will want to tempt him away from Ireland.

With Eddie Jones set to depart as England head honcho after the 2023 global tournament, some had tipped Farrell, who worked as the Red Rose defence coach between 2011 and 2015, to take over from the Australian.

“I am happy to extend my contract with Irish rugby for a further two years. As a group we have made it clear that we are building towards the 2023 Rugby World Cup, and we have taken some decent strides in that regard in recent months,” Farrell said.

“Ahead of the tour to New Zealand myself and David (Nucifora) looked at the opportunities and challenges facing the national squad after the tournament in France.

“I am excited about continuing to work with the group and with the next generation of Irish international players.”

Number one in the rankings

Nucifora added: “Andy is one of the outstanding coaches in world rugby and his work in leading the transition within the national team since the 2019 Rugby World Cup has been exceptional.

“Ireland are currently the number one ranked team in the world, an incredibly tough five match tour of New Zealand was a success on several levels and a Triple Crown was secured in the 2022 Six Nations Championship.

“A coach of Andy’s calibre is always going to be in high demand, and we are delighted that he has agreed to extend his contract with the IRFU.

“This new deal, agreed prior to the Tour of New Zealand, allows us to plan beyond the 2023 Rugby World Cup with the certainty that one of the top coaching talents in the game is spearheading the national programme.”