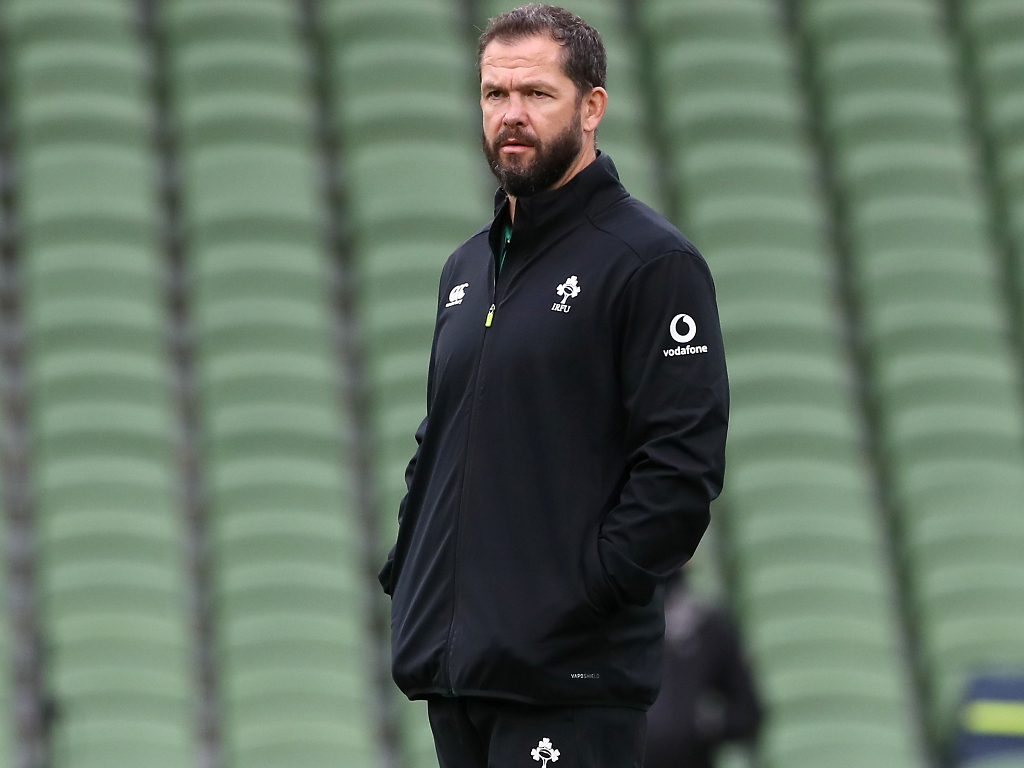 Andy Farrell has asked for more from Ireland’s backs after dreams of Six Nations glory were abruptly ended at the hands of Antoine Dupont-inspired France.

Farrell’s men set the unwanted record of becoming the first Irish side to suffer successive defeats at the start of a Six Nations campaign following Sunday’s loss to Les Bleus and defeat in Wales a week earlier.

Scrum-half Dupont, widely regarded as the best player in the world on current form, showed flashes of his brilliance in Dublin and has been integral to the exciting French revolution under Fabien Galthie.

Ireland head coach Farrell believes his squad contains players capable of moments of ingenuity but, having struggled to severely test the resolute defence of the tournament favourites during their 15-13 loss, admits more invention is required.

“Sometimes, for all of your best-laid plans, it’s about somebody grabbing hold of the game and making something happen.

“Have we got those players? I think we have.

“You see Garry Ringrose cutting through time and time again, you see Hugo (Keenan) is making good strides there, we know what Keith Earls has done in the past for Ireland, Robbie (Henshaw) is in sensational form and you’ve got Jordan (Larmour) there that’s able to break any defence down, so yeah I think we have.

“Sometimes it’s fine margins coming down to players like that, so hopefully we can get them into the game more.”

Ireland were without influential trio Johnny Sexton, Conor Murray and James Ryan against the French due to injury, while Peter O’Mahony was suspended following his red card in Cardiff.

Skipper Sexton and Murray are expected to be available for round three of the tournament.

Italy, who have lost their last 29 championship matches, are Ireland’s next opponents on February 27, before a trip to Scotland on March 14 is followed by the visit of defending champions England six days later.

ICYMI: 🗣️ "When Bernard Le Roux was sin-binned for a cheeky little trip, Les Bleus of old might just have capitulated." #GuinnessSixNations #IREvFRA

5⃣ takeaways from the Ireland v France game in Dublin on Sunday.

Farrell expects Ireland to win their remaining championship matches as they seek to restore some pride following a difficult start.

Asked what can be salvaged from the tournament, he replied: “Three victories, and that’s what we expect of ourselves.

“We want to show our character now because obviously Italy are there to win and they are at home, so we will need to take that game on full steam ahead.

“And then obviously going to Murrayfield is no easy task at all, because they are playing particularly well at this moment in time.

“The English here for the last game is another chance to get back to the Aviva (Stadium) and hopefully get the right result, what we expect of ourselves there.