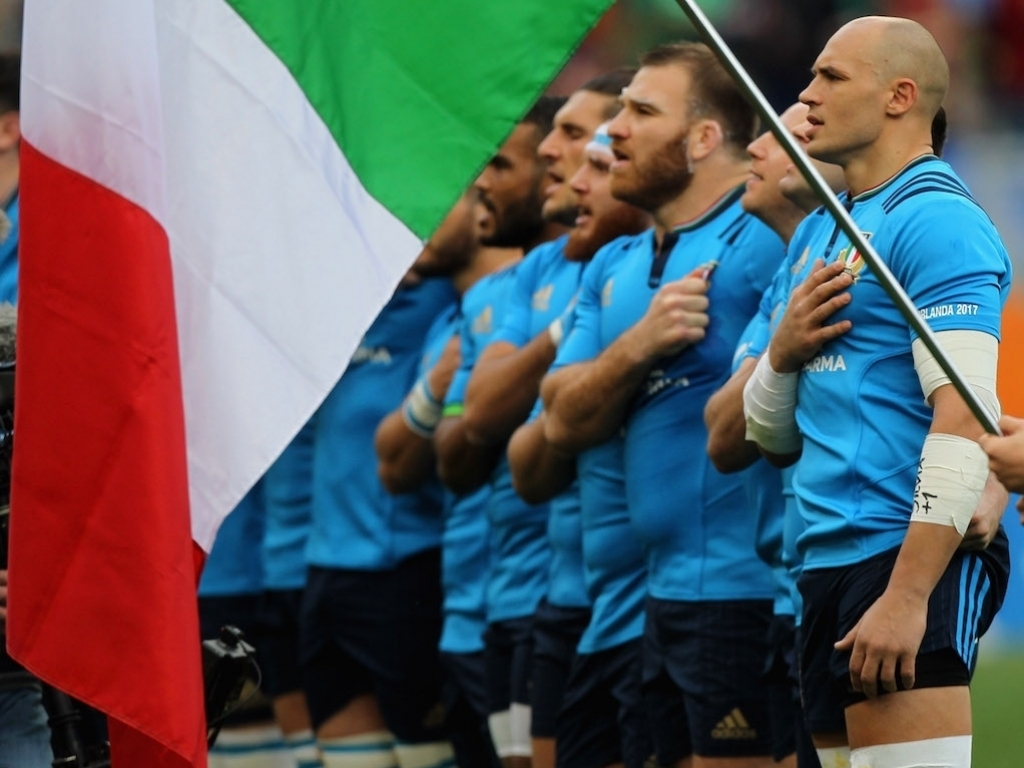 Our resident analyst breaks down the challenges facing Italy ahead of their trip to Twickenham to face England this Sunday.

Italy are not a very good team; I’m sure you’re all aware of this. They were blown away by a below par Welsh team and completely dominated by a resurgent Irish team.

They have three games left, two away, and in order to claim any semblance of progress they need to significantly improve their entire game in the period of just four weeks.

The point of this article is to find anything that Italy can improve to get even close to winning the remaining three games. I’ve written this introduction before writing the rest of the article so I’m willing to accept that there might be nothing that can be improved in any meaningful way, in which case this might be a very short piece.

The carries and metres made stats are particularly striking; they’ve made just 210 total carries – the Irish back row of CJ Stander, Jamie Heaslip and Sean O’Brien alone have made 113. They’ve made just 554 metres, less than half the amount of top ranked Ireland and less than the totals of Louis Picamoles, Stuart Hogg, and Scott Spedding combined.

It’s no surprise then, given those numbers, that they have scored just 17 points in the two opening games. To put that into context no other team has fewer than 38 points.

Things don’t get any better defensively; they have a tackle success rate of 83.8 percent, not terrible, but 3.5 percent worse than the next poorest team, England. Their flanker Maxime Mbanda has been a revelation with 46 tackles, the highest in the tournament. But they haven’t been strong across the 15.

Full-back Edoardo Padovani, who has had a decent tournament, leads the team in missed tackles with seven. You never want your full-back to be missing that many tackles especially when he’s only had to make ten in total – a 30 percent success rate.

However we’ll start with the Italian kicking; in the first two games they’ve averaged just 39 percent possession and 37 percent territory. You would imagine then that given the lack of opportunities to play with ball in hand they would be keen not to kick the ball away.

That’s not true though. Despite being overwhelmingly far behind in both territory and possession, they’ve kicked 41 times, ahead of France and Scotland and just two behind England and three behind Ireland – Wales lead the way with 52.

Now, teams absolutely need to kick the ball in rugby and that’s especially true if you’re spending huge chunks of the game mopping up ball in your own 22. However, what Italy need to improve on is curtailing their aimless kicking.

This is a perfect example. Italy are on the Welsh ten-metre line and the game is tied. This is an opportunity for Italy to keep hold of the ball and build some phases.

But Carlo Canna puts in a kick that is miles too long, so long in fact that Sergio Parisse gives up on the chase well before it’s caught. Italian possession is handed over cheaply.

This kick is better. Once again Parisse is doing everything here, but it’s still too long and George North catches under only marginal pressure. When Italy have an opportunity to set up a ruck within the opposition half and they choose to kick instead, the kick has to be inch perfect.

I have absolutely no issues with Italy kicking from this point on the pitch, but, what a terrible kick and chase this is. Canna is so deep when he collects the ball that it extends the kick chase and means that when Rhys Webb collects the ball there are six Welsh attacking options in position before an Italian has even crossed the halfway line.

Finally, with turnover ball and a narrow Welsh defence, this is a perfect attacking opportunity. But no, Italy choose to kick the ball away and immediately give Wales territory and an attacking platform.

Italy will kick a lot of ball away because they spend so long penned into their own 22, and that’s fine. But they have to absolutely stop kicking any ball away when they’re inside the opposition half.

They also need to chase harder so that they can turn the field and force the opposition into their own half rather than just give them a counter attacking opportunity against broken field. Loose kicks against England but particularly France and Scotland will be heavily punished.

Over to the attack and Italy, like everywhere else, are led by Sergio Parisse. The forward has the second most carries and 75 metres across two games. Unlike in previous years though, he does have some help in the form of Mbanda who has four fewer carries and just 24 metres but he’s beaten two defenders and offloaded twice.

When they combined together, as above, the Italian attack looks dynamic and exciting – that’s helped by Parisse’s pass. They add some width to an attack, which too often gets far too narrow and stodgy.

The reason for the familiar narrow attack becomes clear when the ball leaves the hands of the forwards and Italy try and spread it wide.

In the above example the home side have a two man overlap after 11 phases of attack, that is completely wiped out thanks to a horrendous pass from Canna. The main problems here are better illustrated by the next example.

First off, the attacking line is so flat which means that by the time the ball gets to the end the remaining three players are in front of the pass, Italy get lucky with the Irish knock-on. Secondly, nobody is actually going forward in this play, when the ball is knocked on, Italy have lost 15 yards.

This is another example of Italian attack limping sideways at the expense of any forward momentum. Canna doesn’t have an overlap to work with here but he can put his winger in space by fixing the defence and moving the ball out wide.

Unfortunately, he is so hesitant that by the time he does deliver the pass, a poor looping one, the Welsh have easily covered the wing.

Compare those examples to this one and the difference is pretty clear. Mbanda ignores any fancy miss passes and simply puts his head down and smacks into the line.

This doesn’t mean that Italy need to just keep it in the forwards, but, when they do include the backs somebody needs to hit a hard line at the defence. Because Canna stands so deep and everything then moves laterally, it’s far too easy for an international team to defend.

That’s two things that Italy can change this week. There’s plenty more weaknesses, defence for example, but realistically you’re not going to teach a team to tackle in a week nor are you going to fix their defensive structural weaknesses.

Their lineout is also poor, which makes their willingness to engage in aerial ping pong particularly baffling, but it’s serviceable at the moment.

Amongst the slew of things that they don’t do well, they are actually a very good side when it comes to keeping hold of ball at the ruck, they’re joint top this year with 98 percent. They need to play to that strength.

In the backs they have to have somebody run a straight line, whether this is a wide playing forward or one of their centres. At the moment, the forwards are battering away at the line but defences can over commit to stopping these trundles because they don’t fear Canna and his line.

Italy have chosen to switch Canna with Tommaso Allen, hoping for some improved play behind the pack. The best case scenario would be that Allen distributes closer to the line and doesn’t stand as deep as Canna, but realistically an end to the aimless laterally attack is the most they can hope for.

They might even pose some early problems for an England team unaccustomed to this new Italian attack.