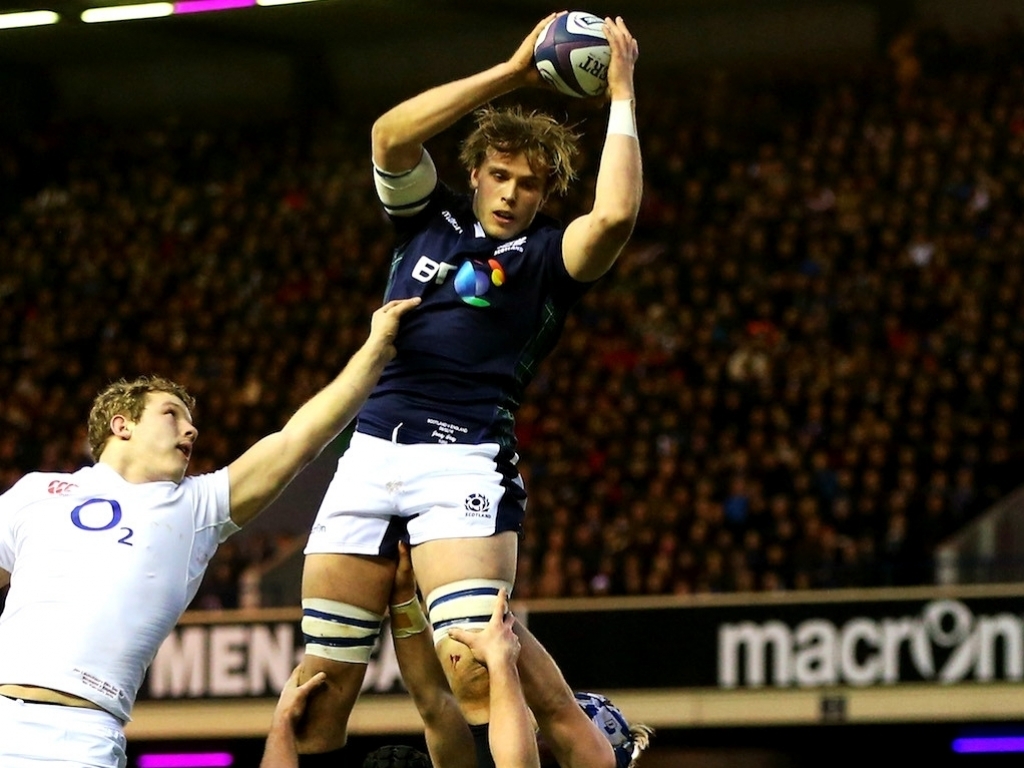 Our resident analyst breaks down where the Glasgow Warriors and Scotland lock is excelling so far this season.

From now until April 19 most rugby discussions will focus on who will be getting on the plane to play in New Zealand and who will be pulling on the famous red jersey for that opening Test.

One position, which will generate significant pub chat, is the second row. If Gatland takes five players, like he did in 2013, then some seriously talented players will be left off the touring party entirely, JackpotJoy.

Trying to convince someone that a particular player should be in a Lions team is a fools errand, but for the next 1200 or so words, that’s exactly what I’ll be trying to do. The person I’ve chosen to back for this endeavor is Jonny Gray, the 22-year-old Scot who is part of a resurgent Glasgow and Scotland team and, in my opinion, should be the first person in Gatland’s spreadsheet.

When I rattle off these next stats the important thing to remember is that Jonny Gray is just 22, that means he was born in 1994! It’s hard to believe anyone was born in 1994, let alone an internationally capped rugby player, but I’m told it’s not out of the ordinary nowadays.

Since his debut in 2013 he has been capped 68 times by Glasgow, starting 60 of those games. He was made captain in 2015 at the age of just 21, three years after he captained the Scotland U20s team at the Six Nations.

He has been capped 28 times for the Scottish senior team, 24 times as a starter, and has appeared in every Six Nations since 2014, racking up ten appearances. All this shows that he has experience far beyond his years and, as impressive as his young age is, there’s no reason to hold it against him with this portfolio behind him.

We can now look at what he’s achieved in a Scotland shirt, which justifies his position amongst the best that Britain and Ireland have to offer.

At 198cm unsurprisingly Gray offers a lot at the lineout. What is surprising is that Gray offers as much as a lifter as he does when jumping. In the below clip, against the Italians early last year, Gray will be lifted himself if the Italians do jump to the back but when they rush forward he’s there to lift his brother ahead of the Italians and claim the ball.

In the final lineout example, we see that even under pressure, Jonny can turn potential problematic lineout ball, or a lost lineout, into a stable attacking platform. His catching ability, even at ten feet up, is fantastic and he will be a great go to when under pressure in New Zealand.

When Ireland beat the All Blacks they pinched three lineout balls, the Lions will be setting that as a minimum target in each of the tests if they’re to dry up this valuable source of possession. With Gray’s prowess as a jumper and a lifter he can help significantly to create a platform for Lion’s attacks.

Unsurprisingly, Jonny Gray doesn’t rack up gaudy meters made numbers. However, for a lock, he does pick up tries – eight for club and country. Unlike in the article from last week about Itoje, Gray’s future success isn’t reliant on him increasing his metres made numbers. As you can see below, he is often faced with the prospect of running at three defenders – where any positive yardage is a very good thing.

Despite his size he doesn’t present a big area to hit and his powerful lower body drives him through most contact. This allows him to break the gain line even with severe opposition attentions.

While his metres made numbers might not be impressive at first glance, his work-rate certainly is. Against Australia in November, Gray hit 32 attacking rucks, that means he was present at 33 percent of all Scotland’s attacking rucks that game.

In the above example, there’s a good chance that the runner will be held up and turned over. Although Gray doesn’t turn it into quick ball he does make sure that it is kept in Scottish hands.

He doesn’t ever stop and this example is from almost the end of the game. He’s shipped the ball on and ends up in line with the tackled player. You can see that he is exceptionally tired by this point but he’s able to generate quick ball along with a couple of team mates.

So, we’ve seen that Gray carries about as well as any other lock and he has a phenomenal work-rate which raises up his overall game. But the real secret to his attack is that he’s a fantastic distributor.

Against England in the Six Nations he passed nine times, the best of anyone apart from scrum-half and fly-half. Against Australia he passed 12 times, again the third best and better than the sum of all the outside backs put together.

In this first example, Gray doesn’t do anything particularly special, but he just drifts and changes the point of attack enough to draw Mako Vunipola out to make the tackle. The very next phase gains significant yardage out wide, in part because Jonny has drawn the defence in towards the breakdown.

Then you have the slightly more expansive distribution where he forces the defence to account for the possibility that he will just put his head down and run and also account for his ability to pass ten metres to the next receiver. This level of width puts huge pressures on the opposition’s defensive structures.

That pressure results in plays like this above where the defence are so focused on looking outside that they ignore the possibility that Gray will just run with it. He’s basically playing like a nine, picking and choosing when to snipe based on what he sees in front of him.

Finally, I don’t expect anybody to get particularly excited by this clip, but Gray is a really good passer. In the whole gamut of forwards passing from the base of a ruck, this ranks in the top one percent. As he grows into this role as third distributor, expect to see this skill continue to improve.

In the 2016 Six Nations Gray made 58 tackles in four games, that’s 14.5 tackles per game. That’s on the higher end of per game tackle numbers.

What that doesn’t show is that he not only attempted 58 tackles – Gray didn’t miss a single tackle in the entire Six Nations. In the three November games he made 43 tackles again without missing one. Against Argentina and Australia he had the highest tackling numbers, not just for Scotland, but for both teams in both matches.

Despite those inhuman tackling statistics he doesn’t just make the simple tackles at the gain line. Even with Anthony Watson’s speed and agility, not to mention the room he has to work in, Gray is able to bring him down with seeming ease.

He also stops someone going at full speed just five metres away from the line along with John Barclay. This stops a certain try and a few phases later the Wallabies knock it on when close to the line. He may only have two international tries but he supplements that with a number of try saving tackles, stopping a try counts the same as scoring one.

In this penultimate example he’s not the first one in the tackle but he sticks his head where few of us would dare and he turns what could be a significant gain into barely positive yardage with his strength and bravery. You don’t make 14.5 tackles per game without a heap of courage.

The final example isn’t of a tackle but after missing out on the opportunity to be involved in the tackle, he immediately limpets onto the ball and narrowly misses out on the turnover. Again, despite his height he’s incredibly hard to move and because of the numbers that the Italians need to commit to the ruck the ball is incredibly slow.

Making 101 tackles without missing one in the Six Nations and November Tests should be enough to justify at least a place on the flight to New Zealand. His prowess at the lineout, both in attack and defence, and his solid ball carrying stats further bolster his claims for a Lions Test starting berth and his leadership and distribution abilities make him, in my view, a nailed on starter.

It may be hard to get too excited about a second row but Jonny Gray really is well on the way to completely changing what the position is about and what somebody who plays there should be able to do. Let’s also remember, he’s just 22 – that’s the same age as Justin Bieber…