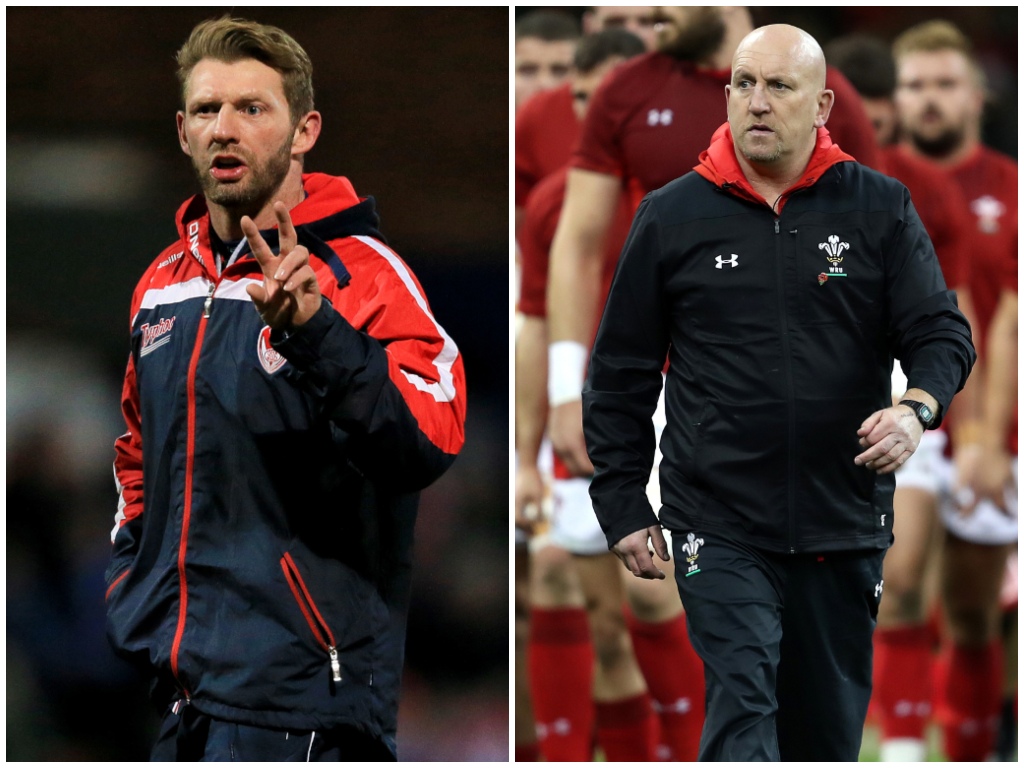 Our analyst Sam Larner returns to Planet Rugby and this week he is studying the growing impact that rugby league is having on our union game.

Early in June Harlequins signed rugby league legend Sean Long to their coaching staff. In mid-June Wasps followed suit and brought former Warrington Wolves and St Helens player Martin Gleeson in to head up their attack. In 2013 Australian rugby league player Phil Bailey was hired by the USA to be their defence coach after a career-ending Achilles injury. During the current off-season the Ealing Trailfinders added form league player and coach James Lowes to their coaching set-up. Shaun Edwards has been involved in coaching union since 2001 after a career spent in league. Andy Farrell was involved in union as a player of course but he spent most of his career in league. He’s been defensive coach for both England and Ireland and will take over as Ireland head coach after the World Cup. Paul Deacon stopped playing league in 2011 and after a few seasons coaching in the Wigan Warriors set-up he moved over to Sale Sharks to lead their attack and skills coaching. Mike Forshaw is another league player to join Sale, he is their defence coach. None of this is new of course, Phil Larder coached the England league team in the 1995 World Cup and two years later he was drafted into the England set-up as a defence coach, a position he stayed in until 2006, winning the World Cup in 2003.

First up, the gang tackle. Are we going to see the end of the jackal anytime soon? It’s very possible, the breakdown is a mess and it’s causing injuries. We may see World Rugby decide to do away with the jackal, although it is often the clearout which actually causes the issue, and makes any ball on the ground unplayable. How would teams change their defence when the jackal is removed?

Of course it’s not possible to tear the ball out in contact in league when more than one player is involved in the tackle for the defending team but this is a situation where union could learn from American Football. The Scarlets and Wales have already put a focus on ripping the ball in contact and we would see far more teams putting an emphasis on this if the jackal was removed. We could expect to see teams trying to put three defenders into the tackle, two to go high and try and halt forward momentum and one to chop the attacker if the first two can’t stop his forward momentum.

This is not a new phenomenon but it is a growing trend in rugby, work on the floor. League players might look unusual when they flop around like a fish out of water after a tackle, desperate to get to their feet or show the referee that they are being held down, but it is important for generating quick ball. Union understands this more and more. When you are tackled you can’t just lie there and wait for the support to arrive, you need to proactively fight to present the ball on the floor. This is something that a league turned union coach will be able to put a greater emphasis on.

It doesn’t matter what level you’ve played union at, you will have been told to straighten up. Running sideways is strongly discouraged because it has the tendency to remove the attackers you are running across from the game. Of course that is only true if they don’t react and run an angle off the crabbing attacker. League is more willing to embrace sideways running. The aim is for the attacker to keep going sideways until they either spot a hole to run through or they pass it back inside to someone running an angle. There is no reason why union won’t change its tune and begin embracing the sideways runner. Union has the problem of the defence being much closer to the breakdown and so sideways runners can be brought down behind the gainline, but a quick runner, stood deep, can do some real damage by running sideways.

Unless you’ve missed every union match for the past 10 years you will be familiar with how this play has made it into union. We are very used to seeing a pod of forwards with a playmaker stood behind ready to receive the ball from the middle of the pod. That is straight from the league playbook. What we are yet to see is union fully embracing the two lines of attack which are prevalent in league. We expect that union forwards have ball skills which are broadly in line with the backs and backs should be just about as good as the forwards at clearing out rucks. If that is true then we would expect to see attack coaches looking to league and getting rid of pods of forwards in favour of single runners lined up in two attacking lines. If the jackal is removed and the breakdown becomes less important then we might well see teams go full league in their attacks.

You may remember the thrill of throwing your first ever spin pass. That feeling of the ball fizzing off your finger tips and heading towards your target in a tight spiral may well be a thing of the past. Rugby league have shunned the spin pass in favour of a different kind of spin pass. Instead of spinning in a spiral the league pass spins end over end. This is meant to cause a quicker and more accurate pass, and one which is easier to catch. If it’s good enough for league it’s likely that we will see the coaches making the move to union bringing this pass along with them. It’s unlikely that we will see many current professionals using it but it could well be something young players are taught.

There is an odd friction between league fans and union fans. Each thinks that their sport is the better one and each derides the other code. Union clubs have no truck with that and have decided to embrace league coaches and bring them over to union. What has followed has been a merging of the league way of playing with union. We might hate to admit it as union fans, but the knowledge coaches have brought from league has improved union massively.