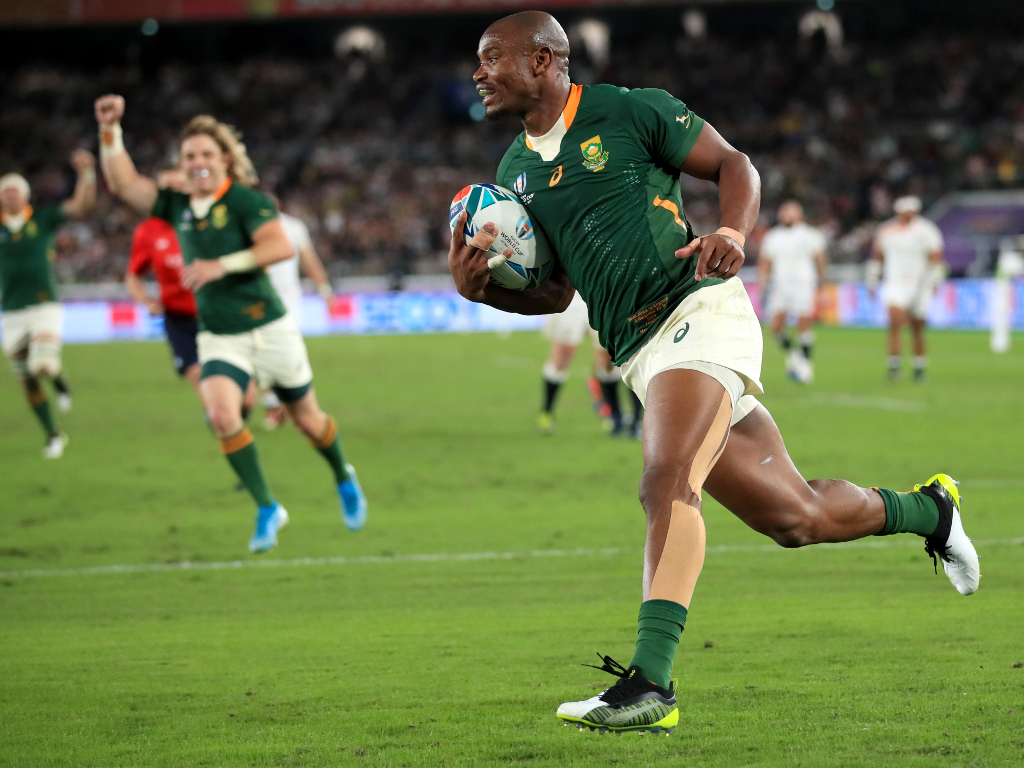 Our analyst Sam Larner returns to Planet Rugby and this week reflects on the impact of a couple of key moments in Saturday’s Rugby World Cup Final.

In rugby we are obsessed with moments. We see a try awarded even though the player is offside and we remove the seven points and imagine the rest of the game would have turned out exactly the same. Of course it would not have, the team leading would not have spent the last 10 minutes setting and re-setting their scrum if they were chasing the game. Rugby is still a game where individual mistakes or brilliance can make the difference.

In the World Cup Final there were two moments which turned the game in South Africa’s favour. One was an attacking mistake and the second a defensive issue. Between them they accounted for a 14-point swing and the game getting away from England.

This World Cup has seen a high number of teams creatively getting to the opposition try-line then throwing all that creativity away and choosing to just hammer away at the try-line. When teams get close to the line the pick and goes and short passes tie in the defenders.

They should then have the opportunity to go wide and take advantage of all the defenders being stood in one position. The problem is that teams can get tunnel vision and ignore all the good attacking opportunities that present themselves. England were guilty of this on Saturday. 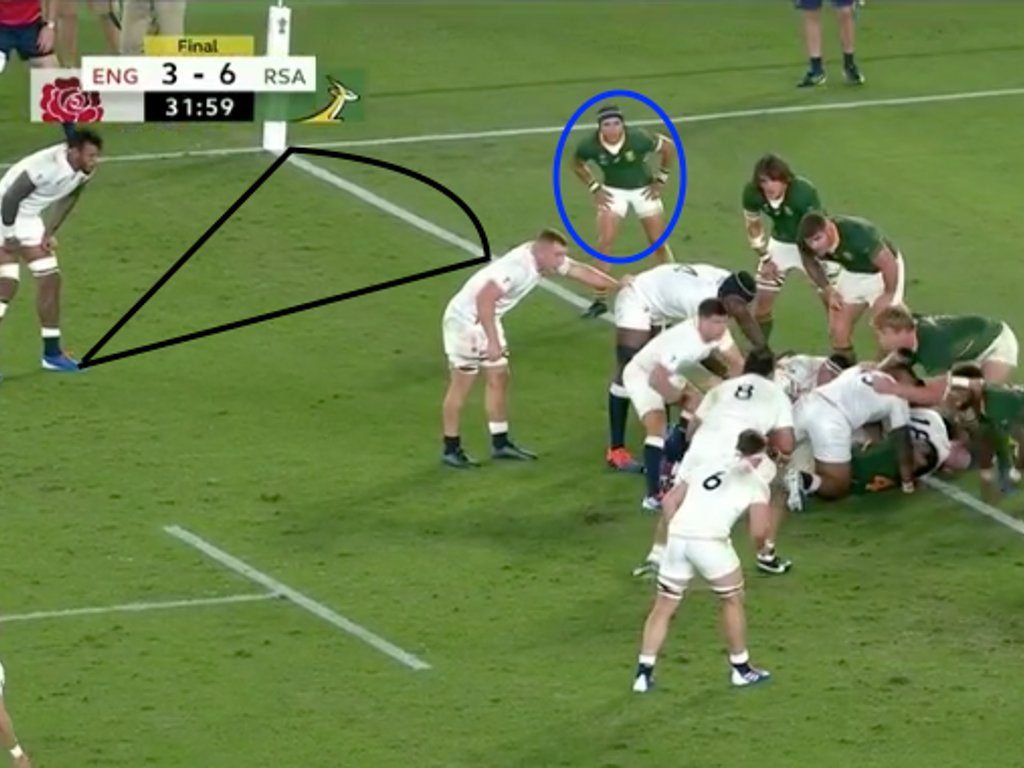 Courtney Lawes has a one-on-one with Cheslin Kolbe. In last week’s article I talked about the gain-line and how important it is. In this situation getting over the gain-line equals scoring a try. The equation is this; if Cheslin Kolbe can make a dominant tackle he will prevent a try, if there is any other outcome England will get five points. In this case I fancy Lawes’ chances and I would certainly want to give him the opportunity to try. Neither Ben Youngs nor Lawes seem that keen to deviate from the pre-arranged plan to pick and go. The whole purpose of these phases close to the line is to create opportunities. England did that. But they left it on the shelf and walked away with nothing.

The talk during the build-up was that South Africa would struggle if they were chasing the game. England had an opportunity to be 10-6 up. How the game might have changed.

The second moment came just after the hour mark. England are in their own territory and trailing by six points. So far no tries have been scored in this game. Youngs chooses to box kick it away but you can see that chasing he has Luke Cowan-Dickie and Joe Marler with Anthony Watson the only back on that side of the pitch. 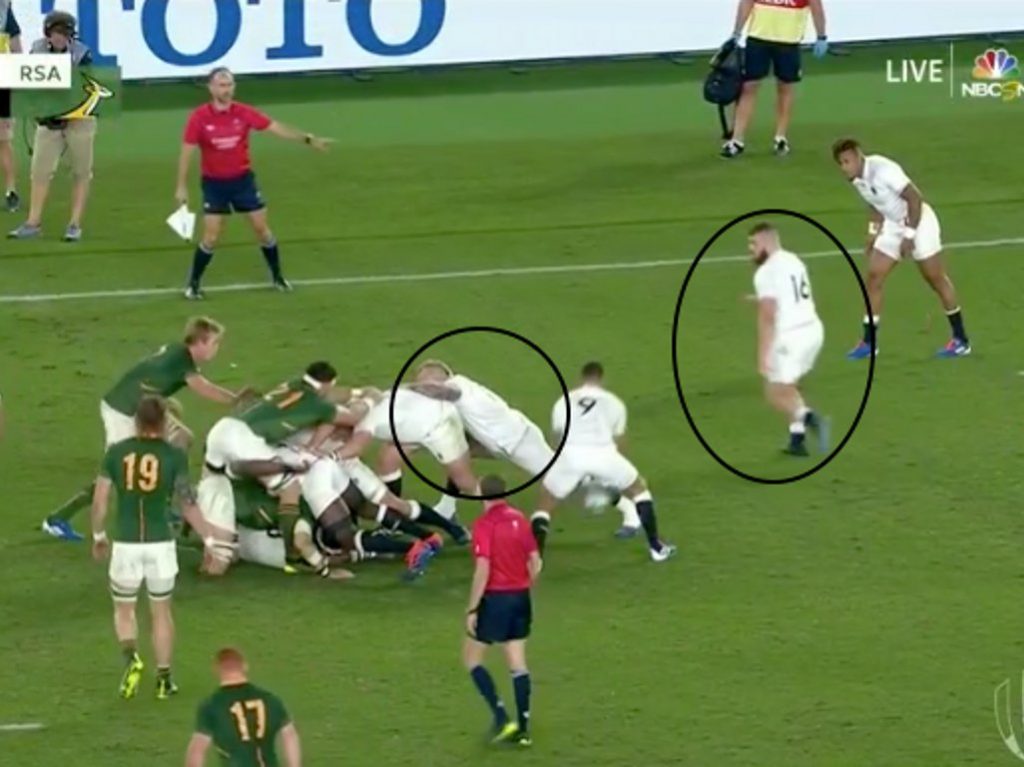 When the kick goes up Willie Le Roux can gather without too much opposition and he is tackled to set-up a ruck about 17 metres from the touchline. This is where the English problems arise. Watson was the first man to the breakdown so he takes up the bodyguard position – the one next closest to the breakdown – with Mark Wilson as guard. George Kruis and Joe Marler fill the two outside positions. Dan Cole, who has reached an hour on the pitch, did not make it into the line after the chase so he is about five metres behind the ruck. Faf de Klerk looks up and sees Joe Marler and eight metres of space to the touchline. This is a prime attacking opportunity. 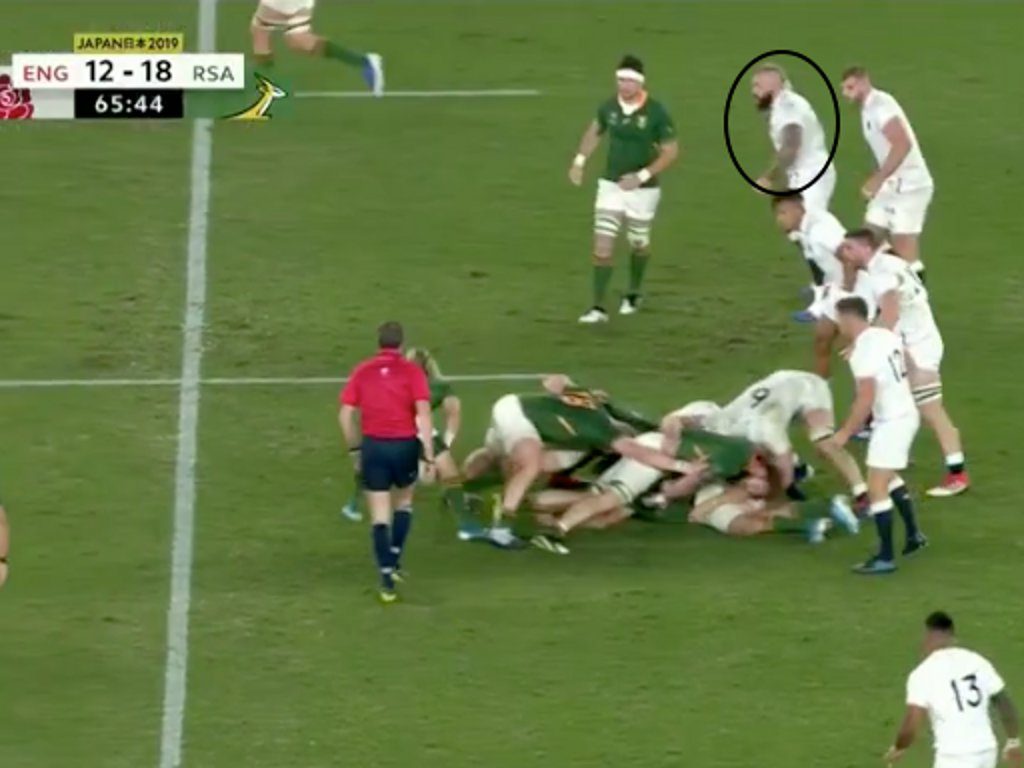 Fix the defenders and they are not quick enough to get across to cover the attackers. What makes this worse is that Marler is the outside defender so he blocks the quicker Kruis from getting across to defend. All Lukhanyo Am has to do is fix Kruis and force Marler to defend three Springboks. 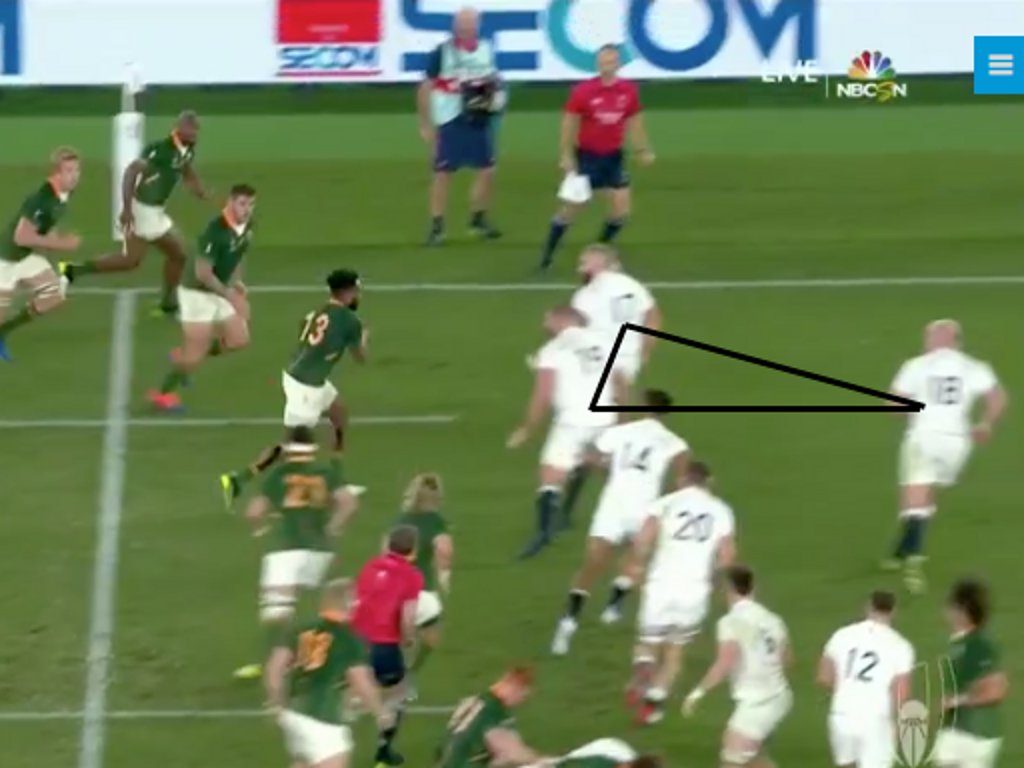 Am actually fixes Marler and gives even more space for his team-mates out wide. Makazole Mapimpi scores and gives South Africa an insurmountable lead. It highlights the risk of the box kick. As soon as Anthony Watson does not win the ball back he has to guard close to the ruck. With no other backs in position to defend, South Africa have a perfect attacking chance. De Klerk would have had alarm bells ringing in his head when he looked up and saw Marler on the wing. It was the end of the road for England. 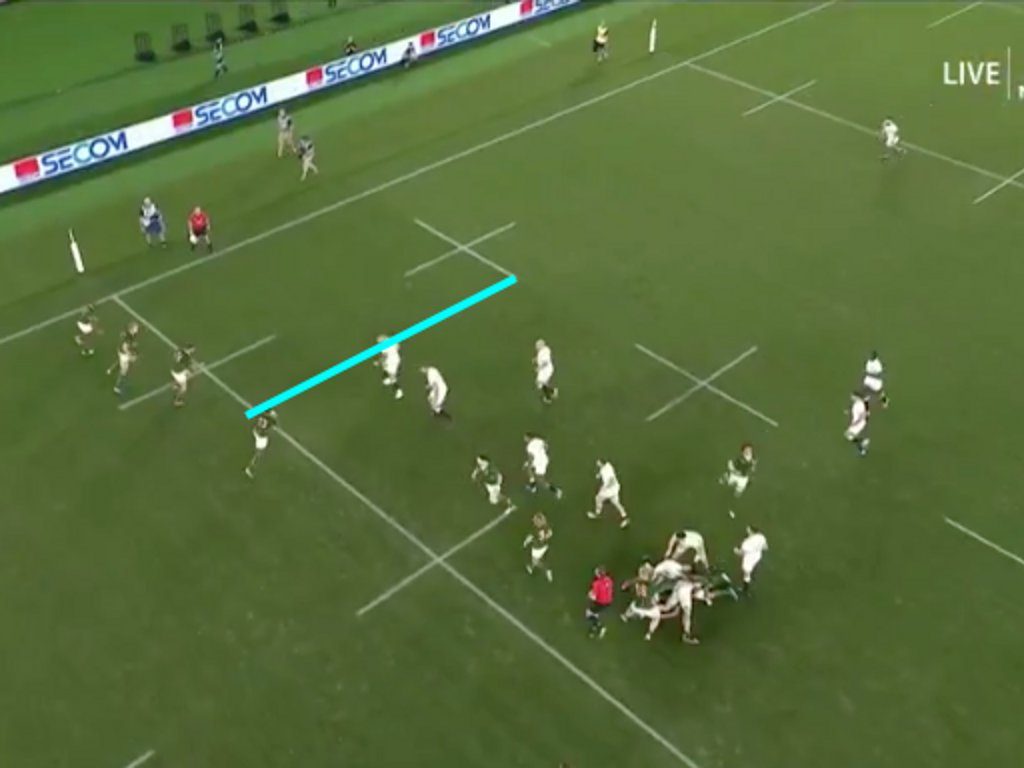 England did not lose due to these two moments. They were comprehensively beaten by a better team. These two moments contributed though and led to a 14-point swing. No doubt, given the team culture, England will be fixing this before the Six Nations begins.