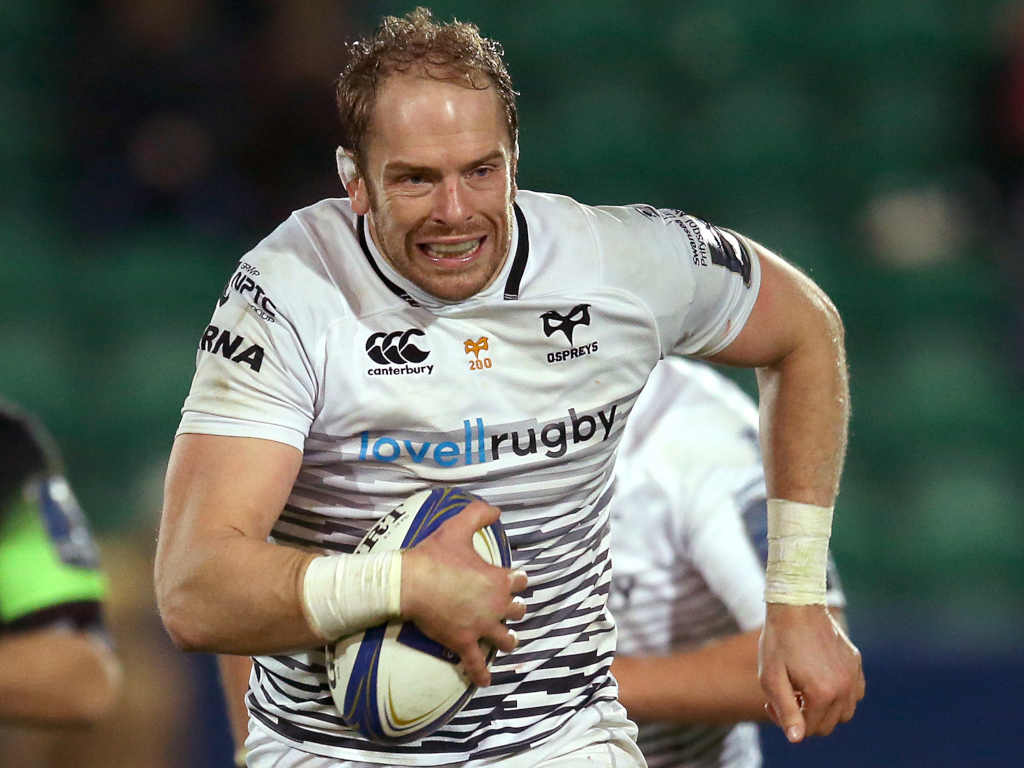 There are five Champions Cup pool matches scheduled to take place on Saturday with Clermont’s encounter against Ulster the standout fixture.

Veteran Clermont scrum-half Morgan Parra will play his 250th game for the club on Saturday when they host Ulster at Stade Marcel Michelin.

Parra starts alongside Camille Lopez in the half-backs in the top-of-the-pool clash, with Nick Abendanon returning to the XV at full-back.

Etienne Flagoux and Rabah Slimani return up front after missing last week’s clash with Racing 92 while Alexandre Lapandry is also back.

Paul Jedrasiak is included in the second-row alongside Sébastien Vahaamahina as Clermont hunt a win that would take them atop Pool 3.

Meanwhile, Marcell Coetzee and Jordi Murphy have returned to the Ulster matchday squad for this week’s clash in France.

The inclusion of the two international back-rowers are the only changes from the side that defeated Munster in a bonus-point victory at Kingspan Stadium last Friday.

In the back three, Will Addison retains the full-back position, and will line up alongside Jacob Stockdale and Robert Baloucoune on the wings. Last week’s man-of-the-match, Stuart McCloskey, is once again partnered with Luke Marshall in midfield. The familiar half-back duo of Billy Burns and John Cooney also retain starting berths.

In the forwards, Jack McGrath, Rob Herring and Marty Moore make up the starting front-row. Iain Henderson will lead the side and is joined by Alan O’Connor in the second-row. Sean Reidy switches to blindside flanker, while Jordi Murphy comes in at openside, with Marcell Coetzee completing the pack at number eight.

Alun Wyn Jones returns to the Ospreys starting line-up for the first time since the Welsh skipper came back from the Rugby World Cup. Fellow international Adam Beard lines up alongside him in the second-row.

Dan Lydiate takes the reins as captain on the blindside and Sam Cross slots in at openside for the injured Justin Tipuric. Emerging favourite Morgan Morris dons the number eight jersey once more to complete the back-row.

Up front, Darryl Marfo makes his first start for the Ospreys, packing down at loosehead alongside Scott Otten at hooker and Ma’afu Fia at tighthead.

Another welcome return is full-back Dan Evans, who will marshal the space behind with fellow speedsters Hanno Dirksen and Luke Morgan on the right and left wings respectively. George North moves in-field to occupy the outside centre position, partnering Tiaan Thomas-Wheeler in the midfield.

Shaun Venter gets the nod at scrum-half and Luke Price completes the half-back pairing.

On the bench, Sam Parry, Rhys Fawcett, and Simon Gardiner offer powerful front-row cover, while Ospreys stalwart Lloyd Ashley is named as replacement lock. There’s another timely return with the inclusion of Dan Baker as a back-row impact player.

Aled Davies covers scrum-half, with Cai Evans included on the bench as a replacement fly-half. Lesley Klim is the final inclusion in the squad, who will be looking to replicate his last Champions Cup performance, scoring a brace of tries against Racing 92 in Paris.

Meanwhile, Elliott Obatoyinbo will make his Champions Cup debut when Saracens take on the Ospreys at the Liberty Stadium.

The Senior Academy speedster has featured six times for the Men in Black’s first team, scoring against Wasps in the Premiership Rugby Cup this term, and will add to that number from full-back.

Scotland international Sean Maitland joins Obatoyinbo in the back three after missing Sarries’ 62-5 victory over Worcester Warriors last time out and Nick Tompkins returns to partner Alex Lozowski in the centre.

Named in England U20s squad, Manu Vunipola slots back in at fly-half to complete the backline changes.

Prop Rhys Carre has been named at loosehead for his first club outing back on home soil following his switch Saracens and another summer recruit in Jack Singleton takes his place at hooker.

In the boiler room, George Kruis links up with Will Skelton while the back-row has two fresh faces in Calum Clark and Jackson Wray. The latter will captain the side in Wales.

The bench is made up of five Academy products. Rotimi Segun scored twice last time out against Ospreys and Ali Crossdale could make his European bow.

Connacht head coach Andy Friend has recalled a host of Irish internationals for Saturday’s crucial Champions Cup clash with Toulouse at the Sportsground.

Jack Carty and Bundee Aki are named at fly-half and outside centre respectively after sitting out the last two weeks, while there are also returns to the starting team for fellow internationals Finlay Bealham, Ultan Dillane and Matt Healy.

There’s further good news in the back-row where Jarrad Butler and Colby Fainga’a have both recovered from injury, with Butler captaining the side at number eight and Fainga’a joined by Paul Boyle on the flanks.

Dillane will be partnered by Gavin Thornbury in the second-row, while Paddy McAllister and Tom McCartney join Bealham in the front-row to complete the pack.

Scrum-half Stephen Kerins is handed his first Champions Cup start, with Caolin Blade among the replacements having started the last nine games for Connacht.

Aki is partnered by Peter Robb in the centre, while Healy is joined by winger Niyi Adeolokun and full-back Tiernan O’Halloran in the back three.

Meanwhile, Toulouse have also made alterations to their run-on side after suffering a shock 30-18 defeat at Stade Français in the Top 14 last weekend.

In the backline, there is a new half-back pairing with Zack Holmes and Antoine Dupont replacing Romain Ntamack and Sébastien Bézy at fly-half and scrum-half respectively.

The only other change in the backs sees Arthur Bonneval coming in on the right wing in place of Yoann Huget.

In the forwards, Jerome Kaino returns on the blindside flank to skipper the side and he is joined in the back-row by Rynhardt Elstadt, who starts on the other flank while Selevasio Tolofua packs down at number eight.

There’s a brand new second-row with Joe Tekori and Florian Verhaeghe coming in for Gillian Galan and Elstadt, who started in the second-row against Stade. Charlie Faumuina and Clement Castets are the starting props and Julien Marchand lines up at hooker.

Glenn Bryce will start at full-back for Glasgow in their crucial Champions Cup clash with Exeter Chiefs at Scotstoun, as Dave Rennie’s side looks to continue their pursuit of a second successive quarter-final appearance in the top tier of European rugby.

Scotland 7s cap Bryce is one of 11 personnel changes made by Rennie and his coaching team, with the Warriors looking to continue the momentum built by last weekend’s 38-19 victory away to Benetton.

Having come off the bench in Italy last weekend, Oli Kebble starts at loosehead prop to join Fraser Brown and Zander Fagerson in the Glasgow front-row.

Scott Cummings and Jonny Gray both return to the starting XV having been rested for the trip to Treviso, with the Scotland duo paired together for the third successive Champions Cup match.

George Horne is retained at scrum-half following his two-try, man-of-the-match showing in Treviso, with Adam Hastings returning to start at fly-half.

Fresh from scoring the club’s first try of the new decade, Sam Johnson continues at inside centre as December Warrior of the Month Huw Jones is named outside him in the 13 jersey.

Kyle Steyn and Tommy Seymour start on the wings, with Bryce promoted from the bench to start at full-back.

Rennie and his coaches will be able to call upon the service of a vastly experienced replacements bench, which includes three of the club’s five most-capped players of all time.

Rob Harley, Chris Fusaro and Pete Horne combine for 563 appearances between them, with the trio ready to make an impact when called upon tomorrow afternoon.

George Turner is included as the reserve hooker, as Aki Seiuli and Adam Nicol join the Scotland international as the front-row cover.

After scoring in Treviso, Niko Matawalu starts amongst the replacements with Ali Price returning to the matchday 23 to complete the squad.

Meanwhile, despite victory a week ago, Exeter director of rugby Rob Baxter has made changes to his winning formula.

Up front, Dave Dennis has been ruled out through illness, so Sean Lonsdale partners Jannes Kirsten in the second-row. Behind them, Jacques Vermeulen and Matt Kvesic also start with Don Armand dropping to the bench and Sam Simmonds not being risked on the artificial surface.

In the back division, Joe Simmonds returns at fly-half and also takes on the captaincy duties in the absence of Dennis, while Ian Whitten is preferred to Sam Hill in the centre alongside Ollie Devoto.

Needing to win to keep alive their hopes of qualifying for the Champions Cup knockout stages, Gloucester have named their team to face Montpellier at Kingsholm on Saturday.

It’s round five of the Champions Cup and the Cherry and Whites find themselves in a fight for one of the three best second placed spots.

Only a victory against Montpellier will carry that fight into next weekend and the away game at Toulouse, and head coach Johan Ackermann has fulfilled his pledge to name his strongest available side.

Johan Ackermann announces our team to take on @MHR_officiel in our crucial @ChampionsCup match at Kingsholm tomorrow!

Six of the backline that started against Bath last weekend are retained, the only change seeing Louis Rees-Zammit, named this week as the Premiership Player of the Month for December, replacing Tom Marshall.

Skipper Willi Heinz will make his first European appearance of the season.

In the second-row, Gerbrandt Grobler replaces Alex Craig while in the back-row Lewis Ludlow and Ben Morgan return in place of Jake Polledri and Freddie Clarke.

For Montpellier, they have made 11 changes to the starting XV which narrowly defeated Brive 29-26 last weekend.

Only Frans Steyn remains in the backline but, after featuring at centre in the Top 14 encounter, the South African has been shifted to full-back. He is joined in the back three by Calum Randle and Henry Immelman.

Up front, Jacques du Plessis and Kelian Galletier remain in the back-row, but Julien Bardy replaces Fulgence Ouedraogo, while the lock pairing comprises Julien Le Devedec, who comes in for Paul Willemse, and Konstantine Mikautadze.

Finally, the front-row is completely altered with Usha Tcheisvhili, Vincent Giudicelli and Antoine Guillamon all starting.