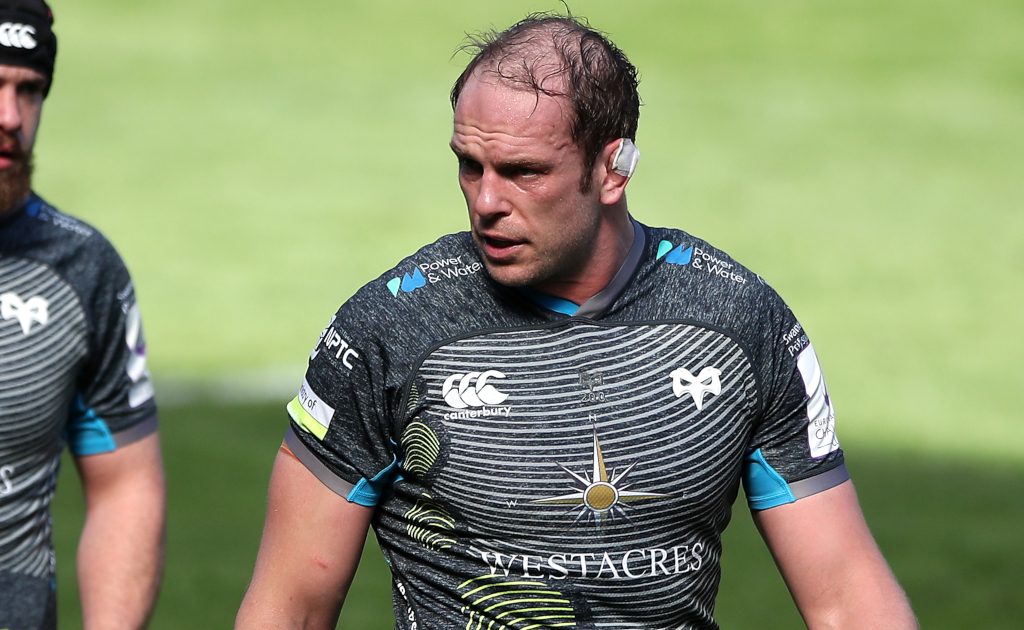 There are two matches scheduled to take place on Friday in the inaugural United Rugby Championship season with Ospreys and Ulster taking on the Sharks and Benetton in their respective matches.

Alun Wyn Jones returns to the Ospreys starting line-up for the first time this season lining up alongside fellow British and Irish Lion Adam Beard in the second-row.

An unchanged front-row of Nicky Smith, Sam Parry and Tomas Francis go again with Will Griffiths, Jac Morgan and Morgan Morris packing down to complete the scrum.

Gareth Anscombe and Rhys Webb pair up as the half-backs with Webb as captain once again. Dan Evans returns to the backline with Luke Morgan and Mat Protheroe lining up on the wings.

Meanwhile, Sharks head coach Sean Everitt has made a number of changes to his starting line-up for this encounter.

Springbok prop Thomas du Toit is handed the captaincy role, but the rest of the front-row has been changed with Ntuthuko Mchunu in for Khwezi Mona and Kerron van Vuuren for Fez Mbatha (injured). Du Toit will lead the team because Phepsi Buthelezi plays off the bench this week.

Hyron Andrews and Ruben van Heerden make a return as the lock partnership, with Le Roux Roets getting a break, while James Venter comes in for Dylan Richardson with Henco Venter named at number eight.

In the midfield, Marius Louw and Jeremy Ward will partner up in place of Murray Koster and Werner Kok while Marnus Potgieter replaces Yaw Penxe, and Anthony Volmink will start at full-back in place of Curwin Bosch.

Potgieter, Volmink and Dan Jooste (on the replacements bench) will be making their United Rugby Championship debuts in this match.

Hooker Rob Herring will become the seventh player to reach the 200-appearance milestone for the Ulster men, having been named in the match-day squad to face Benetton at Kingspan Stadium on Friday.

Herring has been named alongside Andrew Warwick and Tom O’Toole in the front-row. Sam Carter comes in to partner Alan O’Connor, and Carter will also skipper the side.

Matty Rea is named at blindside flanker, with Nick Timoney at openside, and David McCann completing the base of the pack at number eight.

The backline that started last Saturday against Zebre has been retained. Will Addison is selected at full-back with Ethan McIlroy and Craig Gilroy on the wings. Stewart Moore and James Hume will form the centre partnership, and Nathan Doak and Billy Burns are named at scrum-half and fly-half.

Meanwhile, Benetton’s hero of last weekend, Leonardo Marin, has been handed a start against Ulster in the URC.

Marin kicked a late drop-goal to snatch a win against Edinburgh and he partners Callum Braley at half-back in an entirely changed backline.

There are plenty of changes in the pack too, with Michele Lamaro, Giovanni Pettinelli and Federico Ruzza the only players to retain their places.