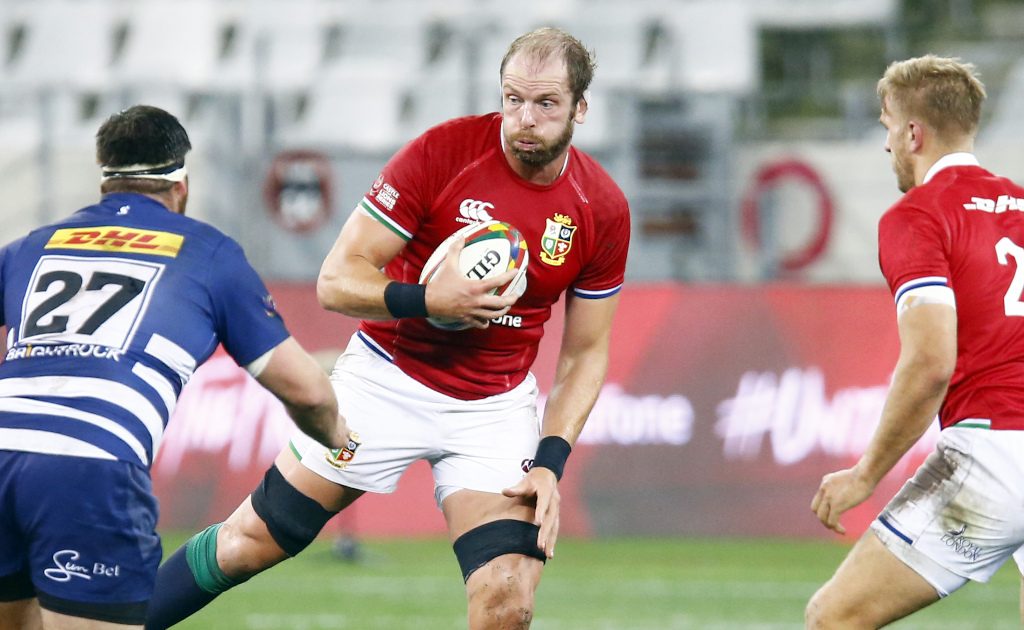 Warren Gatland delivered a clean bill of health on Alun Wyn Jones after the British and Irish Lions captain made a successful comeback in a 49-3 win over the Stormers in Cape Town.

Three weeks after dislocating his shoulder against Japan at Murrayfield, Jones played 27 minutes as a second-half replacement to complete what Gatland described as a “miracle recovery”.

The Lions’ forward talisman made seven tackles and gained four metres from five carries to give his shoulder a solid test seven days before the series against South Africa begins.

Now officially reinstated as skipper with Conor Murray stepping aside, Gatland must decide if he is ready to face the world champions.

“Alun got a few shots on and defended well. There were a couple of touches in there as well,” the Lions head coach said.

“The big thing for him was to get through that period and see how he was afterwards. I haven’t really had a chat with him but he wasn’t out there for a long time. We just wanted to see how the lungs were.

“I know how hard he has worked over the last year or so, he was desperate to make the Lions.

“In 2017 he probably wasn’t at his best but has really been exceptional in the way he has prepared for this tour.

“It was a shame he picked up the injury but it’s great to have him back. We’ll have that discussion about whether there’s a role for him as a starter, bench player, or if he’s not involved next weekend.”

Luke Cowan-Dickie emerged as the star performer at Cape Town Stadium to advance his Test claims at hooker and he now has a real chance of edging Jamie George and Ken Owens for the number two jersey.

But also firmly in contention after impressing during the seven-try rout of the Stormers is Marcus Smith, the 22-year-old who was making his Lions debut only a fortnight after winning his first cap for England.

Smith arrived into camp on Monday as injury cover for Finn Russell but could now be involved in the 23 against the Springboks.

“The longer the game went on the better Marcus Smith looked and he became more comfortable out there,” Gatland said.

“We’ll have a look through the game again but he looked good and had some lovely touches. He kicked well and kicked for goal well. I thought he defended well.

“For a guy who has only had one training session and has been here for only five days, it was good.

“He will be part of the discussions, there’s no doubt about that. He’s like everyone though. A lot of people have put their hands up.

“In fairness to the Stormers, they came out and had a real go at us in that first 20 odd minutes and we had to weather a storm.

“There were some really good performances. Luke was good, the second-rows played well. There was some good stuff from the back-row. Duhan van der Merwe was strong on the wing too.”