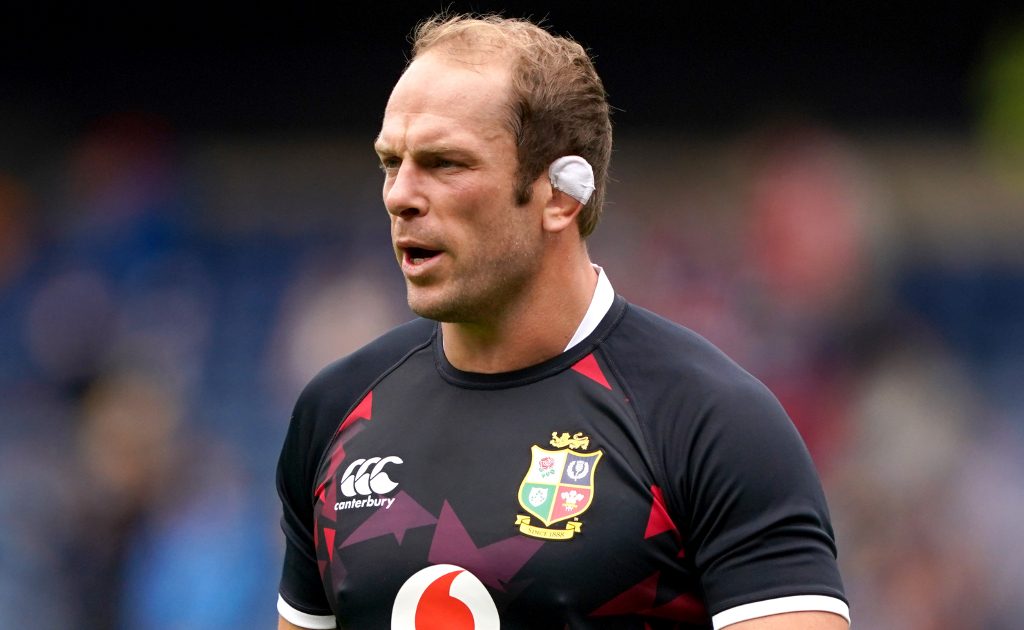 Alun Wyn Jones has completed his extraordinary recovery from a dislocated shoulder in time to reinforce the British and Irish Lions for their Test series against South Africa.

Jones sustained the injury against Japan at Murrayfield on June 26 and was quickly ruled out of the remainder of the tour, only to resume training with Wales this week in the hope of proving his fitness to Lions head coach Warren Gatland.

And having come through a double session on Tuesday, he has been given the all clear to rejoin the Lions and will arrive at their base outside of Cape Town on Thursday.

Could play against the Stormers

Jones, Gatland’s original tour captain until his injury saw Conor Murray appointed as his replacement, now comes into contention for Saturday’s fixture against the Stormers at Cape Town Stadium, a match that the bookmakers odds will be an interesting follow in the build up to the game, with news of Jones’ return.

“We are delighted to welcome Alun Wyn back. It’ll come as no surprise to anyone who knows him that since injuring his shoulder against Japan, he’s done everything he can to get himself back,” Gatland said.

“It’s remarkable really when you consider it’s just 18 days since he left us in Edinburgh.

“He’s been training with the Wales squad at the Vale of Glamorgan since last week and yesterday (Tuesday) he had a proper hit out.

“He’s obviously raring to go and from what I’ve seen on video and the feedback we’ve received, he’s certainly not been holding himself back in training. He was really getting stuck in yesterday.

“It’s a massive boost for the Lions to welcome a player of Alun Wyn’s stature back.”

Jones’ potential comeback was described as a “miracle” by Gatland when he first raised the possibility just over two weeks ago that the Wales skipper could be reunited with the Lions.

At that stage it appeared highly unlikely that he would recover in time to play a role in the tour, yet he has defied the odds in what is major lift for the expedition to South Africa.

He now is likely to be given Saturday’s match against the Stormers to prove he is ready to face the Springboks in the opening Test in Cape Town on July 24.

Jones’ long-term Wales team-mate Ken Owens on Tuesday offered an insight into the dedication of the 35-year-old and world’s most capped player.

“If he manages to do it that would be absolutely incredible, but I’ve known him a long time and it wouldn’t be a surprise at all,” Owens said.

“The way he recovers and what he does to put himself in a position to do that is a credit to him and why he’s being playing at the top level for so many years.

“There’s been a suggestion he may come out and if he does that it will be a huge lift for the squad.

“Pre-injury Alun was absolutely phenomenal and given what he’s achieved in the game it can only be a positive for us if he does come out for the Test series.”