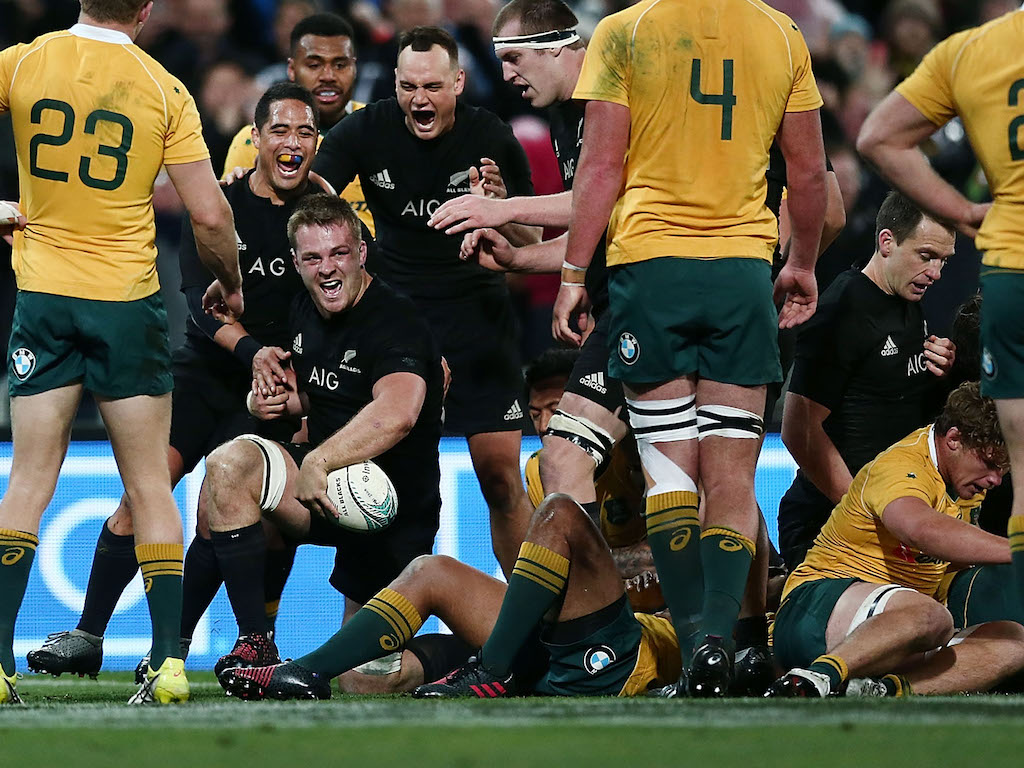 New Zealand secured a bonus-point win over Australia in the second week of the Rugby Championship, triumphing 29-9 in Wellington.

It was a far closer game than their previous encounter in Sydney last weekend after Australia displayed a much tighter defence compared to their performance last weekend.

However, Israel Dagg scored a brace for his side as New Zealand frequently took advantage of the overlaps they fashioned after some quick recycling.

The win sees the All Blacks consolidate their lead on the overall table after their bonus point last weekend and now sit on top with 10 points.

Unfortunately for Australia, they languish at the bottom of the table after not picking up a single point in either game.

New Zealand inside centre Anton Lienert-Brown vindicated his coach’s faith in the player as he provided a fantastic link between the ever imaginative Beauden Barrett and the outside-backs on debut.

The All Blacks led at the break 15-9 after a far more defensively orientated game from the Australians.

But not much changed for the Australians in the second half as it was all New Zealand, when they scored two tries through Sam Cane and Julian Savea.

The statistics are indicative of the scoreline as New Zealand won in almost every facet of the game. The men in black pipped the Wallabies in defence as they made ten more tackles than their near rivals, while the Wallabies missed a horrendous tally of 30 tackles. What is even more impressive is that New Zealand made more tackles while actually having 10 percent more possession, with 55 to Australia’s 45 percent.

New Zealand started off the try scoring after Aaron Smith made a beautiful break down the midfield. The scrum-half was tackled and the ball was recycled quickly while the Australian defence was still in disarray.

New recruit Lienert-Brown showed great composure to suck the Australian cover defence in before giving a basketball pass over the last defender for Dagg to gather and cross the line.

After neither side could break the line and both sides’ discipline started to slack there was a period of penalty exchanges. Foley got his side into the game with a shot at goal just outside the All Black 22-metre line, shortly followed by a three-point reply from Barrett. Foley then took another kick to narrow the points gap.

Dagg grabbed the second try of the game when New Zealand played a well worked set play off the lineout, where Barrett got the ball going at pace and running laterally across the field. He then gave a perfectly weighted wide pass, which was collected by Ben Smith who gave a short pass to Dagg who cantered over the line for the try.

Australia’s luck didn’t get any better after they went down to ten men after Scott Fardy hunted down the elusive Ben Smith. Unfortunately for the Australian blindside, the full-back had already given the pass and the tackle was deemed very late and Fardy was given a yellow card.

Julian Savea was the first scorer of the second half. Dagg contested for a high ball in the air with Quade Cooper that set up a fantastic field position for New Zealand to attack from.

While the Australian defence was still sucked in, Aaron Smith spread the ball wide with haste for Savea who had inches of space as the cover defence were trying to close him down. Savea had enough pace to make it past the encroaching Australian wall and dived over.

Sam Cane then bagged a five-pointer of his own after New Zealand surged towards the try line from ten metres out.

Ben Smith darted through the Australian defence before being taken down inches before the white wash. The ball was then given to Cane who muscled through the defence to put the stamp on another convincing display.