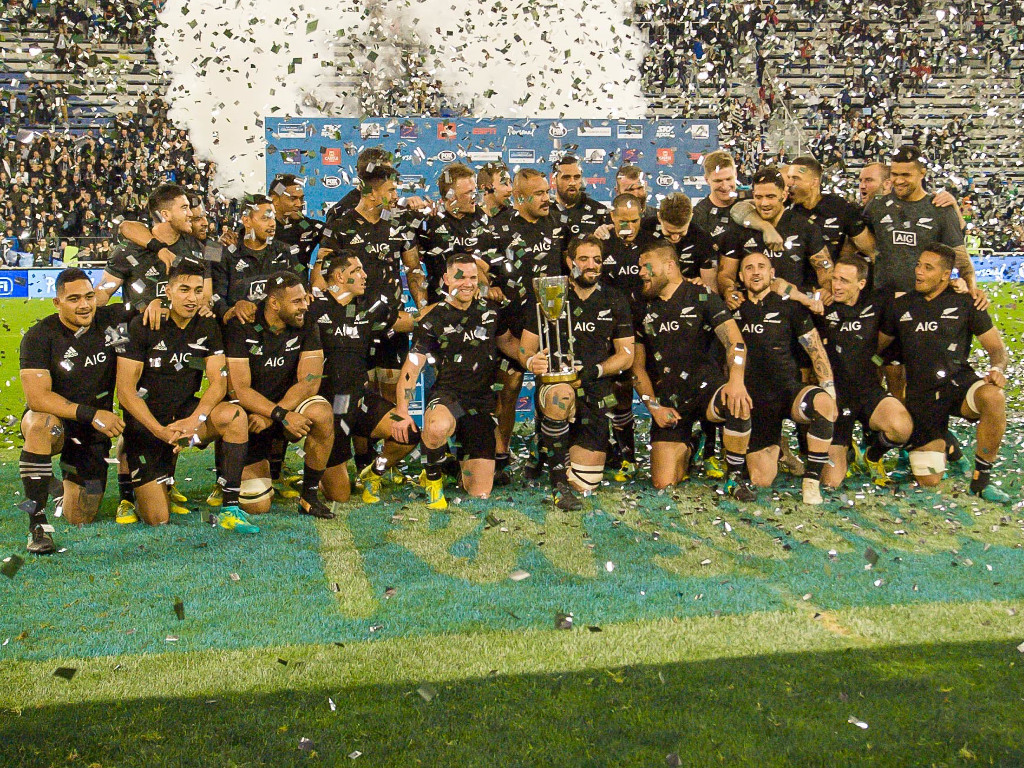 Ahead of the 2019 Rugby Championship, we preview the teams looking to get their hands on the coveted silverware. Last up, it is New Zealand.

The All Blacks will be pushing for a fourth title in as many seasons over the coming weeks but will be conscious that it was in a World Cup year that they last failed to lift the trophy – when Australia came out on top in 2015. Yes, this shortened format does give hope to their rivals.

Buoyed by another strong Super Rugby campaign as a country – the Crusaders taking the honours once again – many expect the Kiwis to keep their hands on the southern hemisphere prize by August 10. However, two away games to one home should make things interesting in 2019.

Last year: Another impressive campaign was achieved by New Zealand in 2018 as they won five and lost one of the six games, thus claiming the trophy for a third straight year. They finished 10 points clear of their closest challenger, South Africa, who inflicted their only defeat which came in Round Four in Wellington. Sweet revenge, however, was exacted in the final round as they won 32-30 in Pretoria.

They began the tournament with back-to-back Bledisloe Cup clashes, starting in Sydney where they beat Australia 38-13 thanks to tries from Aaron Smith, Jack Goodhue, Beauden Barrett, Brodie Retallick and Waisake Naholo (2). The return match was even more emphatic as they turned the screw with a 40-12 win as Barrett ran amok, claiming four tries, while Joe Moody and Liam Squire also crossed.

Next up for New Zealand was a home clash with Argentina, which produced a third straight bonus-point victory as they were 46-24 winners. It wasn’t easy though as for the majority of the contest the Pumas were very much in touch before the world champions pulled clear late on in Nelson.

That shock loss to South Africa would follow as despite taking an early 12-0 lead, New Zealand would be floored by three tries that gave the visitors a confidence-boosting lead. The hosts were playing catch-up for the remainder of what was a thriller as Barrett’s missed conversion as well as a late knock-on meant defeat was tasted in Wellington. This was the Boks’ first win in New Zealand since 2009.

They responded perfectly in Buenos Aires with a 35-17 win over Argentina that sealed the Rugby Championship title before closing out the tournament by doing what the Boks had done to them, winning on their own patch. Revenge was not easy though as they trailed 23-6 and 30-13 at points in the second half but they somehow managed to claw themselves back into matters before securing a late win.

This year: They kick off on the road in Argentina and with several Crusaders not featuring, the Jaguares-filled side should fancy their chances of a first victory over New Zealand. Conversely this will be a good opportunity for back-up All Blacks to stake their claim for a place on the plane to Japan this year and despite the absentees, we don’t envisage this team to look anything but strong on Saturday.

It’s then home to Wellington where South Africa await – the venue of last year’s defeat – which will add extra spice to an always thrilling contest between the sides. It will therefore be a full-strength XV on the field, with the Springboks also targeting this match to unleash their big guns.

After a week’s break New Zealand will finish their campaign against Australia in Perth on August 10 in what will also be a decent test of their credentials. But if they play to their best it should be four straight titles for Steve Hansen’s team, sealing silverware before the World Cup preparations move up a notch with Bledisloe II and their tournament warm-ups next on the schedule as Japan approaches.

Ones to watch: There’s quality aplenty in this All Black squad and it’s excellent to see form rewarded, with Sevu Reece standing out as a new arrival in the group. We expect him to back up his Crusaders form from the get-go and good performances in the coming weeks should see him book his place in their World Cup squad. George Bridge is also deserving of a spot after another excellent season.

In the pack it’s worth keeping an eye on Ardie Savea, especially with Kieran Read not playing first up. Savea has proven himself as the All Blacks back-up number eight and with Read not hitting his usual heights this year, could we see pressure from Savea on the captain’s place?

Prediction: Despite missing several players in Argentina we expect New Zealand to get the job done and also avoid defeat at home to South Africa. That would see them have one hand on the trophy before heading to Perth where we expect them to claim the clean sweep. First.

Saturday, 20 July: vs Argentina (away)
Saturday, 27 July: vs South Africa (home)
Saturday, 10 August: vs Australia (away)