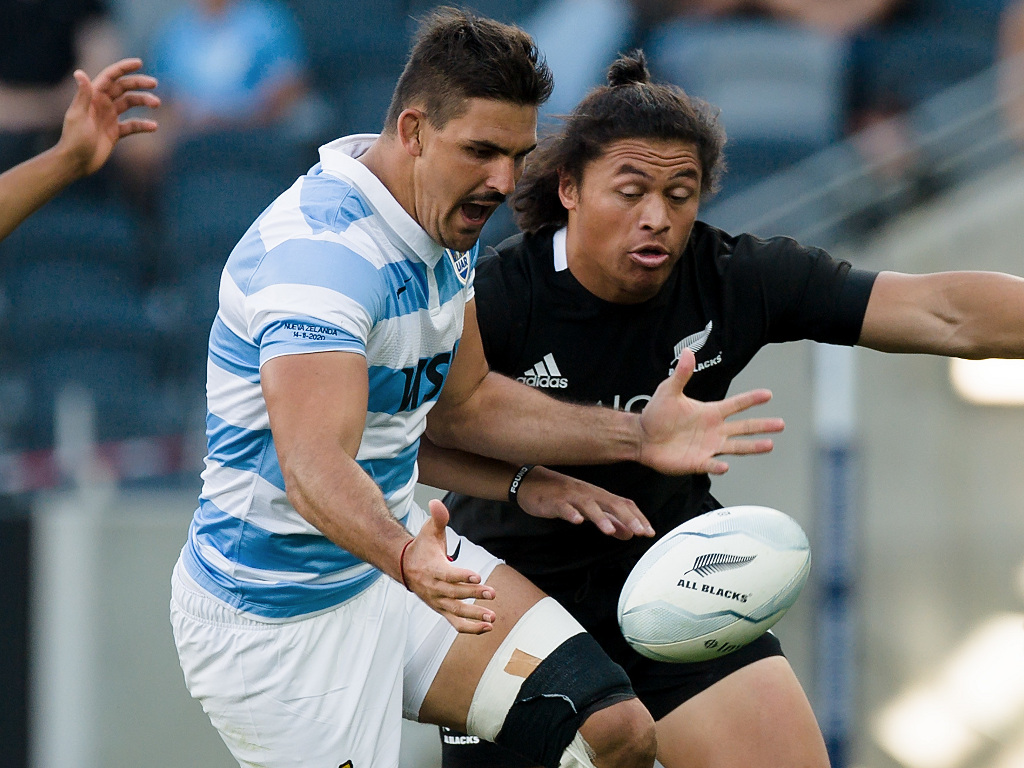 New Zealand will be determined to return to winning ways in the Tri Nations but they face a daunting task against high-riding Argentina in Saturday’s clash in Newcastle.

Much has been said and written about the previous encounter between these sides and the All Blacks – especially head coach Ian Foster – head into this weekend’s fixture with their backs to the wall.

Another defeat for the most successful team in the game’s history is unthinkable and All Blacks supporters won’t be satisfied with anything less than a convincing victory at McDonald Jones Stadium.

After their 25-15 defeat to the Pumas at Bankwest Stadium in Sydney a fortnight ago, that will be easier said than done, however, as Argentina were the dominant side for most of that match.

Despite that loss – New Zealand’s first ever against Argentina – Foster hasn’t panicked and selected the bulk of the players which were in action in that game.

By doing that, the coach has given his players an opportunity to redeem themselves but they will have to show big improvement in all aspects of the game.

The Pumas’ historical triumph was one of the biggest upsets ever in Test rugby but they were worthy winners and showed that result was no fluke as they followed it up with another competitive display in their 15-15 draw against Australia.

They showed great character in that Test to finish stronger than the Wallabies, who were leading 15-6 midway through the second half.

Foster believes another difficult assignment awaits his team against Mario Ledesma’s charges and he expects a torrid battle.

“Argentina have shown two weeks in a row that they can compete at the highest level,” he said. “They’ve grown as a nation, they’ve got good size and a lot of skill, so we’re certainly going in with our eyes wide open.”

Despite a gruelling campaign, in which several players and members of their team management – including Ledesma – tested positive for coronavirus, the Pumas head into this clash on a high and confident of repeating their heroics from that previous encounter against the All Blacks.

Another positive result on Saturday sets them up nicely for their final game against the Wallabies in Sydney on December 5 and Pumas assistant coach Nicolas Fernandez-Miranda is confident the team can deliver the goods.

“We are looking for our best performance on Saturday. That is our focus,” he told AAP earlier in the week.

“The first one is New Zealand, focusing on that, putting our mind, our physical fitness and everything together to be as sharp as we can be on Saturday.”

For New Zealand: If the All Blacks want to return to the victory trail, much will depend on the performance and particularly the decision-making of their skipper, Sam Cane. Like most All Blacks, the 28-year-old came off second best in most facets of play in their previous game. As the team’s openside flanker, Cane will be expected to lead his team’s onslaught at the breakdowns – an area which the Pumas dominated in Sydney – and if he manages to win some turnovers it should boost his team’s confidence and help to launch counter-attacks. Cane is also strong on defence as well as a willing ball carrier and if he does well in those departments it should filter through to his team-mates and give his side much needed momentum.

For Argentina: The Pumas have a potent backline with several outstanding attackers and one player who will be eager to hit the ground running is Emiliano Boffelli, who is making his first Test start of the season. The 25-year-old’s absence during the Pumas’ earlier Test against New Zealand was due to Covid-19 but he has made a full recovery. During Argentina’s 15-15 draw with Australia last week, he came on midway during the first half – as a replacement for the injured Juan Imhoff – and gave a good account of himself on the wing. He lines up in his favoured full-back position this weekend where his fleet-footed nature with ball in hand could provide headaches to the All Black defence, if he finds himself in space. Boffelli also possesses a booming boot which will come in handy when Argentina need to clear their line, when under pressure, and to land long-range goal-kicks.

Head-to-head: Although there are several intriguing battles set to take place across the park, the duel between the fly-halves is arguably the most important one and whoever comes out on top between New Zealand’s Richie Mo’unga and Nicolas Sanchez of Argentina should also finish on the winning side. Both are excellent playmakers and will want good front-foot ball from their respective forwards in order to leave their stamp on this encounter by dictating the pace of the game. In the previous fixture between these teams, Sanchez held the upper hand throughout and scored all his side’s points. He would be delighted with a similar performance but can expect a much improved display from Mo’unga, who seldom plays poorly in two successive games.

A passionate Argentina outfit has orchestrated one of rugby’s biggest-ever boilovers, @lospumas beating the New Zealand @AllBlacks for the first time in their history.#TriNations2020 #NZLvARG pic.twitter.com/T2AxRbCmn8

Prediction: The All Blacks will be determined turn the tables on the Pumas but this will be a tight affair and don’t be surprised if it goes down to the wire. Although it will be tough, the men in black will be victorious, albeit narrowly. New Zealand to win by three points.