Home International All Blacks to cruise to victory against the USA 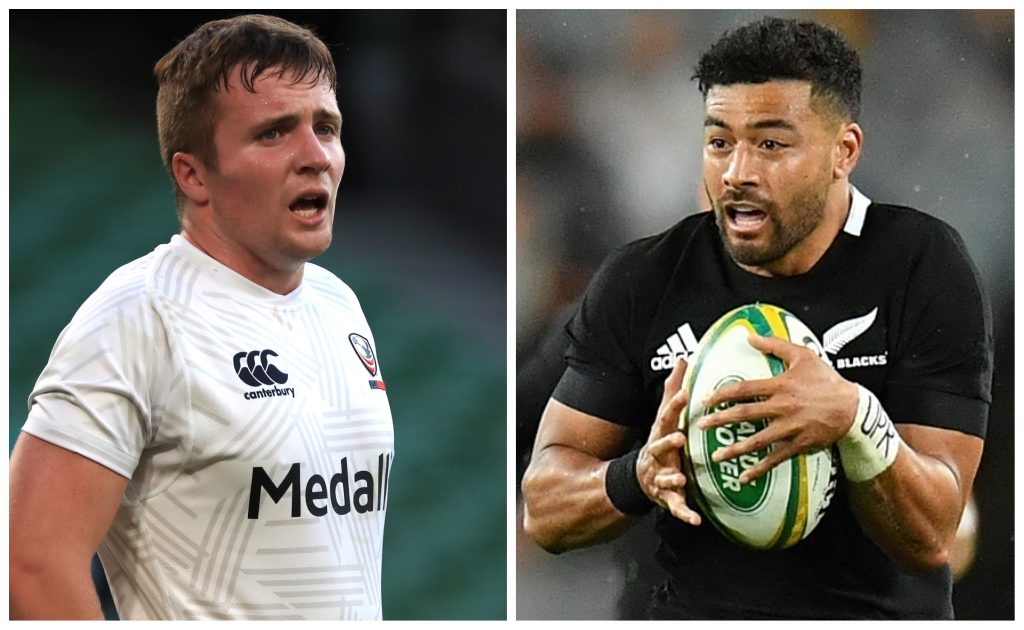 The All Blacks will be keen to hit the ground running when they kick off their 2021 northern hemisphere tour against the USA Eagles in Washington DC on Saturday.

Matches between the All Blacks, who are heavyweights of the game, and the USA, who are genuine minnows, are few and far between and a New Zealand victory is as certain as death and taxes.

It’s been an emotional week for the All Blacks after the tragic death of Chiefs and Maori All Blacks wing Sean Wainui and although this Test is against arguably their weakest opposition on their end-of-year tour, the men in black will be highly motivated to honour Wainui with a polished all-round performance.

New Zealand have named an experimental team with several inexperienced players in their run-on side, although the likes of captain Sam Whitelock and fly-half Richie Mo’unga will be keen to make an impact after missing the Australian leg of the Rugby Championship.

Meanwhile, the USA head into this match low on confidence after their recent defeat to Uruguay in their qualifier for the 2023 Rugby World Cup. They still have a chance to make it to France when they face Chile for the right to go to the global showpiece as the Americas Two qualifier.

Those qualifying games only take place in July 2022 and with no other games scheduled until then, their confidence could take a further knock if, as expected, they suffer a big defeat in this Test.

It was one-way traffic when these sides faced off at Soldier Field in Chicago in 2014 with New Zealand delivering a dominant display en route to an easy 74-6 victory. The All Blacks ran in 12 tries with Julian Savea and Sonny Bill Williams leading the way with a brace apiece. Sam Cane, Aaron Cruden, Israel Dagg, Nathan Harris, Cory Jane, Joe Moody, Charles Piutau and Patrick Tuipulotu also crossed the whitewash while Cruden (4) and Dan Carter (3) succeeded with conversions. For the Eagles, Adam Siddall slotted a couple of penalties.

Although their defeat in that World Cup qualifier against Uruguay was a big blow for the USA, All Blacks coach Ian Foster doesn’t expect that result to affect their motivation levels for this match.

“I don’t think they’ll be stung from that,” he said.

“I know they’ll be disappointed, but we hear they are putting that to one side. They have the chance to play in their own country in a special stadium, that they don’t normally play in, and in front of a big crowd.

“To represent their country here against us is very much a motivating factor. We’re expecting a very invigorated Eagles team.”

“It’s an incredibly daunting task, but an exciting one,” he said.

“I can’t believe there would be a rugby player in the world who didn’t aspire to play internationally and one day play against the All Blacks.

“From that point of view, it’s an unbelievable opportunity to play them on our own turf in DC.

“There will be a good crowd coming out, so it’s a wonderful opportunity to play one of the best, if not the best, team in the world.

“But it is daunting, it’s very daunting and unfortunately it comes at a time where we’re not going to be able to get our full compliment of international players, which is a pity, but other than that it’s exciting and a wonderful opportunity for USA Rugby.”

Although the USA come off second best in just about every department, they have some good players in their ranks, especially in the forwards and, despite being without several first choice players, keep an eye on the back-row duo of Cam Dolan (number eight) and Hanco Germishuys (openside flank). With 57 caps under his belt and at the age of 31, Dolan is a real veteran and the former Northampton Saints and Cardiff player’s experience will prove invaluable against the three-time world champions. Strong on defence and attack, Dolan will be expected to lead in both those categories with Germishuys not far behind. The 25-year-old is also strong at the breakdown so don’t be surprised if he wins some turnovers.

For the All Blacks, Asafo Aumua will be eager to make an impact and he should keep the Eagles’ defence busy as he is a real threat with ball in hand. The 24-year-old enjoys the physical nature of the game and once he builds up a head of steam, he usually wreaks havoc. However, in the All Blacks’ Rugby Championship defeat to the Springboks, his lineout throw-ins were not of a high standard and that is a facet of play he will be determined to improve on.

Another New Zealander who will seek to impress is Finlay Christie, who will make his first start for the All Blacks in this encounter. The Scottish-born scrum-half is one of New Zealand’s most improved players and was one of the Blues’ star performers during their triumphant Super Rugby Trans-Tasman campaign. His slick service to his outside backs and sniping line breaks are just two of his strengths which should keep the home side’s defenders on their toes.

Both teams will rely heavily on their fly-halves to provide direction and the battle between Luke Carty and Richie Mo’unga will be an important one between two classy players. As far as challenges go, this one is easily the toughest the former Connacht and Ireland age-grade representative Carty has ever faced. Mo’unga is one of the world’s best players in his position and it will be interesting to see how the American pivot deals with the threat posed by his more illustrious opponent who possesses a vast array of skills.

Although the All Blacks have not selected their strongest side, this Test will give them a chance to show off their squad depth and they should have little trouble in getting the better of their hosts. New Zealand to win by 50 points.