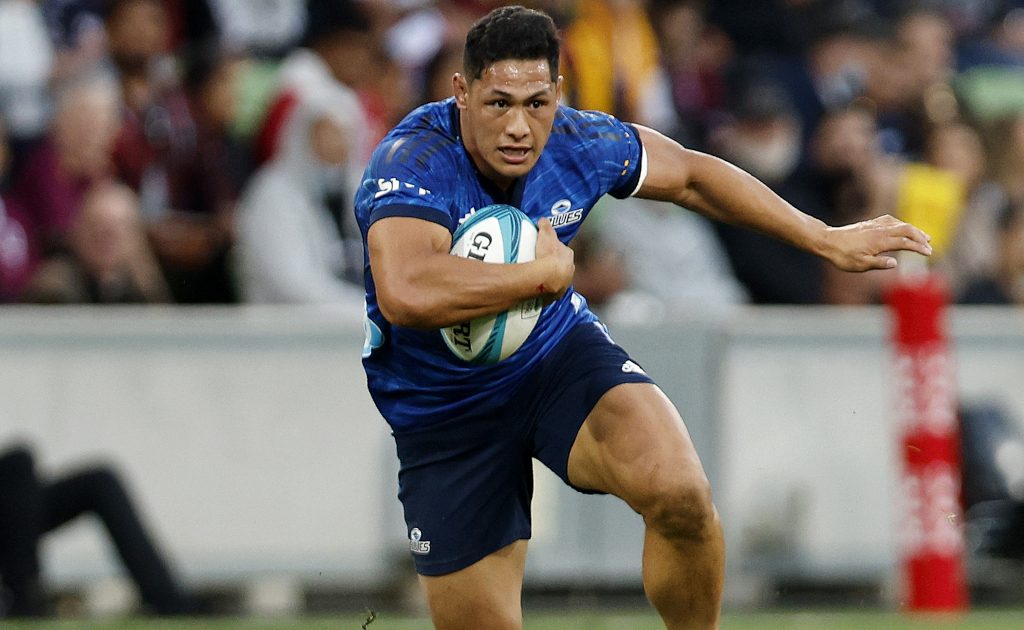 All Blacks legend Sir John Kirwan has backed centre Roger Tuivasa-Sheck to play a key role for the national team over the next 12 months.

The 28-year-old, who crossed codes ahead of the start of the 2022 season, initially struggled with injury but returned in mid-April and has shone in the Blues midfield.

Leon MacDonald’s men are currently top of the Super Rugby Pacific table with Tuivasa-Sheck settling in nicely at centre.

His footwork, pace and skill have been significant assets for the Aucklanders and many expect him to become a dual-code international for New Zealand when the All Blacks take on Ireland in July.

“He’ll definitely make the All Blacks, because he brings something different,” Kirwan told the Sydney Morning Herald.

“When you think about New Zealand rugby, traditionally we have had 12s that would get us over the advantage line. The Ma’a Nonu’s of this world. But Roger does that with his feet. I think he has adapted really quickly.”

With the Rugby World Cup on the horizon and the All Blacks struggling to find the right formula, especially in midfield, Kirwan expects Tuivasa-Sheck to have plenty of game time.

“And there are only 18 Test matches to go, right, until the World Cup?” he said.

“So its going to fall in (Tuivasa -Sheck’s) favour because you have to pick him now, you have to play him. You have to know this time next year… that he is going to be good enough for that level. I am convinced he will be. He has brought a really good work ethic to the Blues, and a very good humility.

”You can know he is talented and has great feet, but if he has great work ethic and a want to be the best in the world, they’re things you know you can work with, you know you’re not going to get a superstar who thinks their s*** doesn’t stink.

“You are going to get a guy who is humble, who will listen to the coaching staff and wants to get better. They’re pretty good things to work with.”

Kirwan has previously compared Tuivasa-Sheck to Sonny Bill Williams, another rugby league great to make a successful transition to union as a centre.

“For me, he is Sonny Bill Williams… he’s got X-factor. I would put him in straight away. I saw enough in his first two games,” he told the Breakdown.

Tuivasa-Sheck is likely to be the sixth after an impressive first season in Super Rugby, as head coach Ian Foster looks to solve his midfield conundrum.

READ MORE: All Blacks second-row Brodie Retallick set to return to action for the Chiefs