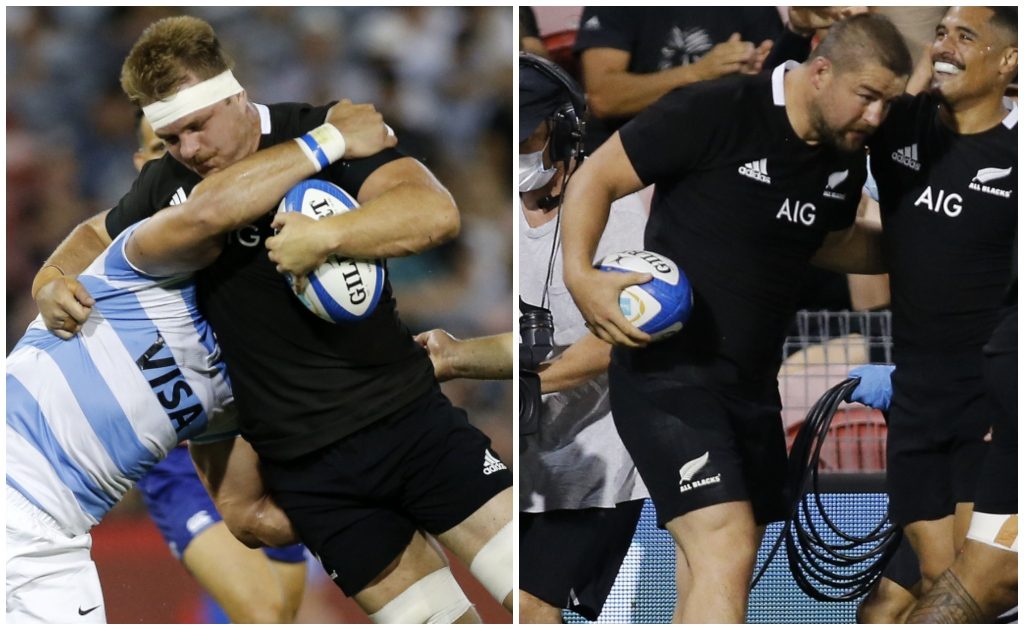 Ian Foster has confirmed that Sam Cane and Dane Coles will feature when the All Blacks take on the USA next weekend.

Cane has been out of action since April while Coles has not played for New Zealand since the July series.

The hooker missed the whole of the Rugby Championship due to a calf injury but has since recovered to rejoin the squad ahead of their northern hemisphere tour.

With the match against the Americans seen as the easiest clash of their busy schedule, Foster believes that it is a good opportunity to ease those two players back in.

Ideal game to return to

“We’ll make that decision when we’re over there, but I think we’ve already flagged the likes of Sam Cane, Dane Coles – particularly guys who have been out for a while with injury, this would be an ideal game to get them back in there,” Foster told reporters.

Cane has endured a difficult couple of years with injury, while Coles has also struggled to get out on the field at times, but Foster believes that they will be ready, despite only featuring in one provincial match each since returning.

“They’re guys that we trust a lot; we’ve had people watching them, we’ve got Foxy (All Blacks selector Grant Fox) back there and we’re pretty keen that physically they’re okay,” he said.

“They will need some game time though, so it’s just about making sure when we turn up that they are ready to go and then the likelihood of them getting some good minutes under their belt in the USA is pretty high. Then we can assess the likelihood of when we can introduce them after that.”

Foster is pleased with where his squad is currently at – both in terms of fitness and form – despite seeing their unbeaten 2021 ended by South Africa, and is looking forward to their next few matches.

“The type of session has been a bit different; a lot more skill-based, a lot more focused on our lessons from South Africa and the last two training runs, we’ve really ramped up the physicalness of it. It’s been two weeks since the last game, three weeks by the time we play USA and if someone didn’t play South Africa then it could be four weeks.

“It’s a balancing act for us; we have to make sure we keep the contact and the heavy work up so we don’t have too big a gap between games. For players in the old days, they’d go back and play a round or two of NPC. So, today’s session was pretty full on but I think they’re in a really good spot now to hop on a plane and get ready for the next few weeks.”