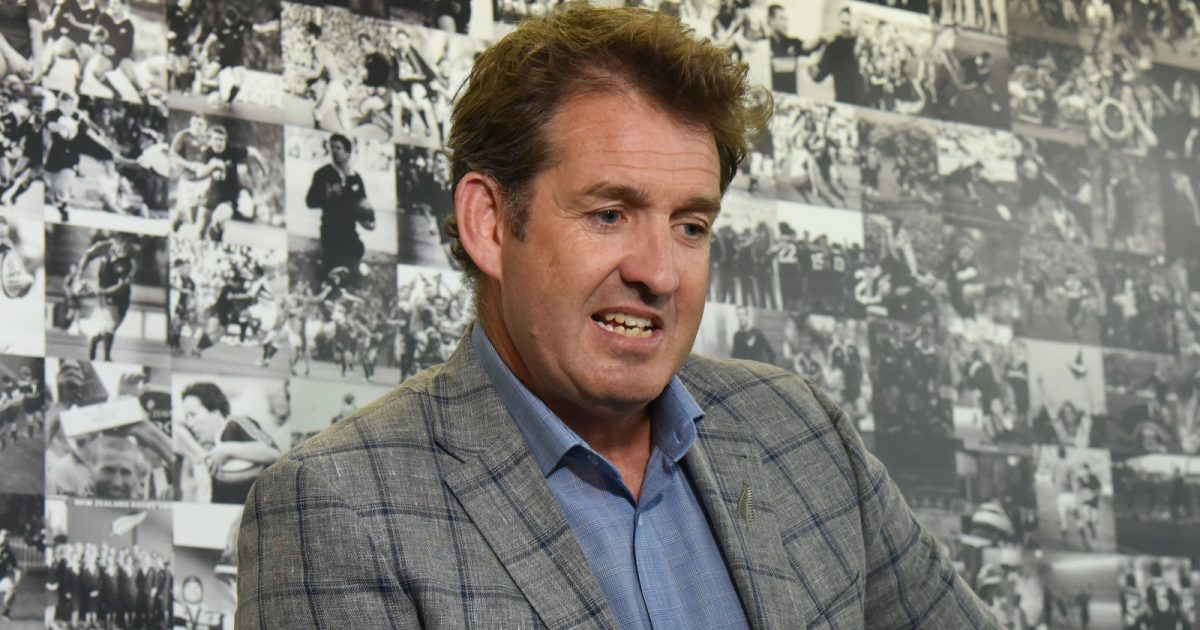 On Thursday, former All Blacks head coach Steve Hansen slammed the NZR and the way they go about their business, and on Friday Moffett also hit out at the organisation.

Robinson replaced Steve Tew in 2019 and when asked if he felt the NZR’s current CEO was the right man for the job, Moffett gave a straightforward answer.

“That’s where I would disagree with Steve [Hansen]. Steve said that he thinks he’ll make a good CEO one day.

“We don’t need a CEO to learn how to be a CEO at New Zealand Rugby. We need somebody who knows what they’re doing, and if they make mistakes, like we all do, they can just own it.

“Don’t hide, don’t blame the board if they make decisions, it’s him, he’s the chief executive, the buck stops with him. The board sets strategy and policy, that’s it, as far as I’m concerned. The rest of the time the chief executive is running the place.

“I feel for these guys, because I’ve been there. But I never ducked the media. I always fronted, always took the flak, never made excuses. And that’s what we need to see in our chief executive.

“Robinson needs to get back here and he needs to front the media and he needs to tell them what’s gone wrong, what he’s doing about it and be open, instead of hiding away up there in Birmingham (Commonwealth Games). We don’t want to see that in our chief executive.”

Moffett also did not mince his words when asked if he felt Robinson should resign.

“Because this is just the tip of the iceberg. Any rugby CEO who does not understand that rugby is too much of a business to be a sport and too much of a sport to be a business – i.e. you’ve got to get that balance right – is always going to struggle.”

Moffett believes Robinson’s first mistake was to appoint former All Blacks head coach Sir Graham Henry to the panel which picked Ian Foster as the team’s new coach, as he was going to control the process and would not to be held accountable.

He pointed out that Henry raised concerns over Scott Robertson’s choice of assistant coaches, but that some of them like Jason Ryan and Leon MacDonald were now regarded as “saviours of New Zealand Rugby”.

He also criticised Robinson for allowing Foster to “stand there and take all the flak”, and feels former All Blacks assistant coaches John Plumtree and Brad Mooar, who were fired from their positions, as well as ex-Black Ferns coach Glenn Moore, who suffered a similar fate, could take the legal route following their exits.

“If I was them, I would be looking for a really good, top-notch employment lawyer, because their coaching careers have been trashed by the way in which they’ve been dealt with,” said Moffett.

“They had a review six months ago which confirmed Foster and the coaches were right for the job, six months later things have got so bad that they’ve had to make a couple of sacrificial lambs.

“And if they think that anybody in New Zealand thinks that Mooar and Plumtree were responsible for where the All Blacks are today, then these guys are kidding themselves. Nobody’s going to believe that.

“And then Glenn Moore went through a review, he was confirmed as coach of the Black Ferns. And then a little bit later, obviously when the Twitterati got into the act, he’s let go as well. It’s chaotic in there at the moment.”

Moffett said NZR’s decision not to react to Hansen’s criticism was another blot on their copybook.

No response to criticism

According to Stuff, a leaked e-mail revealed that the governing body felt the best course of action was to say nothing.

“Oh fair dinkum, obviously they are further out of touch with reality than even I think that they are when they do that sort of thing,” Moffett said.

“They said ‘well you’ll only just start another round of news on any subject’. Well, guess what, because Mark Robinson’s swanning around over there in Birmingham and not fronting the media, it leaves a huge gap for people like me and other commentators to actually come in and say what has to be said.

“Steve was right when he said what he said, and things must be grim for Steve Hansen to come out publicly and slate New Zealand Rugby the way he did, because he doesn’t normally do that.”