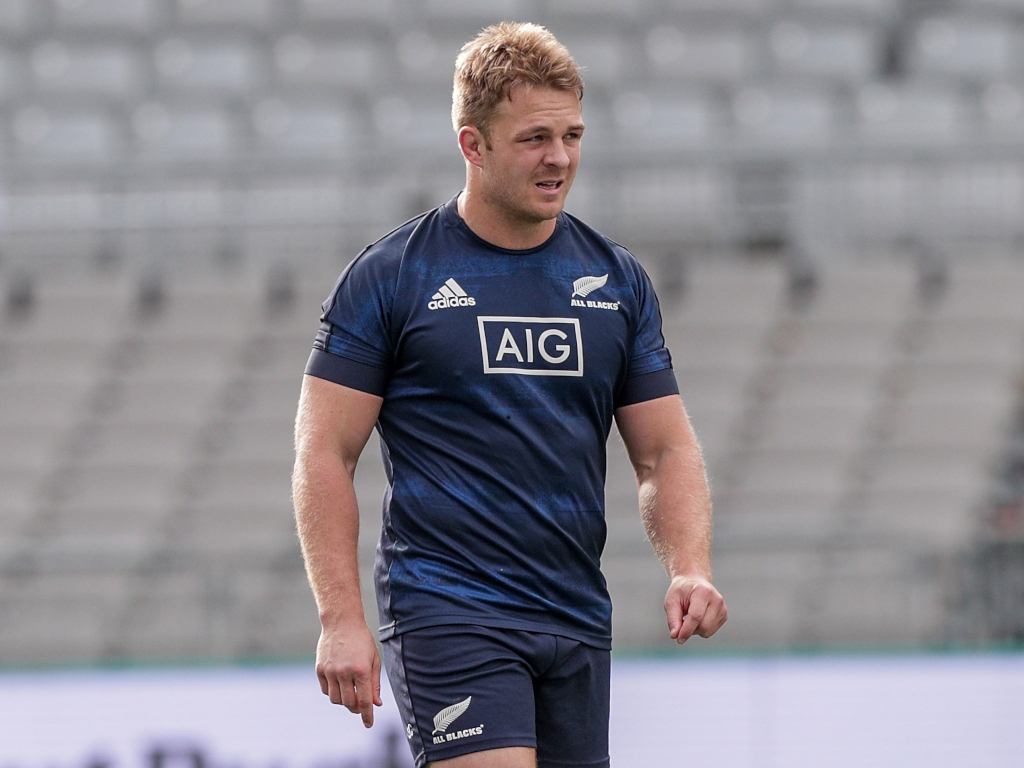 All Blacks captain Sam Cane has received the top honour at the 2020 New Zealand Rugby Awards tonight, claiming the Kelvin R Tremain Memorial award for overall Player of the Year, after also picking up the All Black of the Year title.

This year’s awards were presented in a made-for-TV special on Sky, with awards presented to New Zealand’s leading teams and individuals.

Cane was tireless in 2020 with consistent performances and outstanding leadership across a challenging year, leading the All Blacks to a Bledisloe Cup series win and the Tri Nations title.

This year’s Salver, the New Zealand Rugby tradition of recognising an outstanding contribution to rugby, went to rugby legend and former All Black Sir Bryan Williams.

Figurehead of the game

Williams is a figurehead of the game, contributing as a player, coach and administrator for more than 50 years, his commitment has also been recognised as an inductee into the World Rugby Hall of Fame and a Knighthood in 2018. More recently has been a key figure behind the Moana Pasifika team.

The Black Ferns Sevens’ domination on the world stage was recognised yet again in 2020, with the team collecting the adidas New Zealand Team of the Year for the third consecutive year, and coaches Allan Bunting and Cory Sweeney crowned New Zealand Coaches of the Year after also winning the same category in 2019.

Maori All Blacks captain, Highlanders and Hawke’s Bay hooker Ash Dixon was recognised for his stellar season by claiming the Tom French Memorial Maori Player of the Year, while his Hawke’s Bay team-mate, scrum-half, Folau Fakatava was awarded the Duane Monkley Medal for the best player in the Mitre 10 Cup.

Canterbury scrum-half Kendra Cocksedge received the Fiao’o Faamausili Medal for Player of the Farah Palmer Cup, while Waikato Captain and midfielder Chelsea Alley was rewarded with the Black Ferns Player of the Year.

Scott Robertson again won the National Coach of the Year Award after masterminding the Crusaders’ Super Rugby Aotearoa title win, while fly-half Richie Mo’unga was crowned Super Rugby Player of the Year. The National Team of the Year was awarded to Tasman for their efforts in defending the Mitre 10 Cup Premiership title.

The New Zealand Rugby Players’ Association (NZRPA) Kirk Award was presented to former All Blacks scrum-half Andy Ellis for his contributions to the game off the field. Ellis has a broad résumé since retiring and works tirelessly to support and develop current players with their pursuits outside of rugby.

Referee Paul Williams won the New Zealand Referee of the Year Award for the second year in a row. With Covid-19 restrictions in place, Williams became the first New Zealand referee to control an All Blacks fixture in 40 years when he refereed the All Blacks vs Australia Test in Wellington in October.

Waikanae Rugby Club junior convenor Jane Chamberlain was recognised with the Charles Monro Rugby Volunteer of the Year award, nominated by her union Horowhenua Kapiti. Chamberlain is an incredibly active member of the rugby community.

The Sky Fans Try of the Year, decided by public vote, went to Christ’s College’s Jack Jones. The reserve prop’s effort in going in under the posts was celebrated by his team and an exuberant crowd in the annual fixture against Christchurch Boys’ High School.

“It has been a trying year but tonight has been a great reminder that there is still plenty to celebrate,” he said.

“It is fantastic to see Sir Bryan recognised for his monumental contribution to the game, both on and off the field, with the Steinlager Salver. He is a truly deserving recipient.

And here's the big one…

The Kelvin R Tremain Memorial Player of the Year for 2020 is @SamCane7.

“Sam Cane was a formidable leader in 2020 and performed so admirably in the black jersey, while Ash Dixon was a force in every jersey he donned this year.

“The Black Ferns Sevens continue to set the standard with their performances, and we look forward to seeing what they, and the All Blacks Sevens can achieve next year.

“Congratulations to all winners this evening – they deserve their accolades and we welcome them to the history books.”

National Team of the Year: Crusaders

National Team of the Year: Tasman

All Black of the Year: Sam Cane