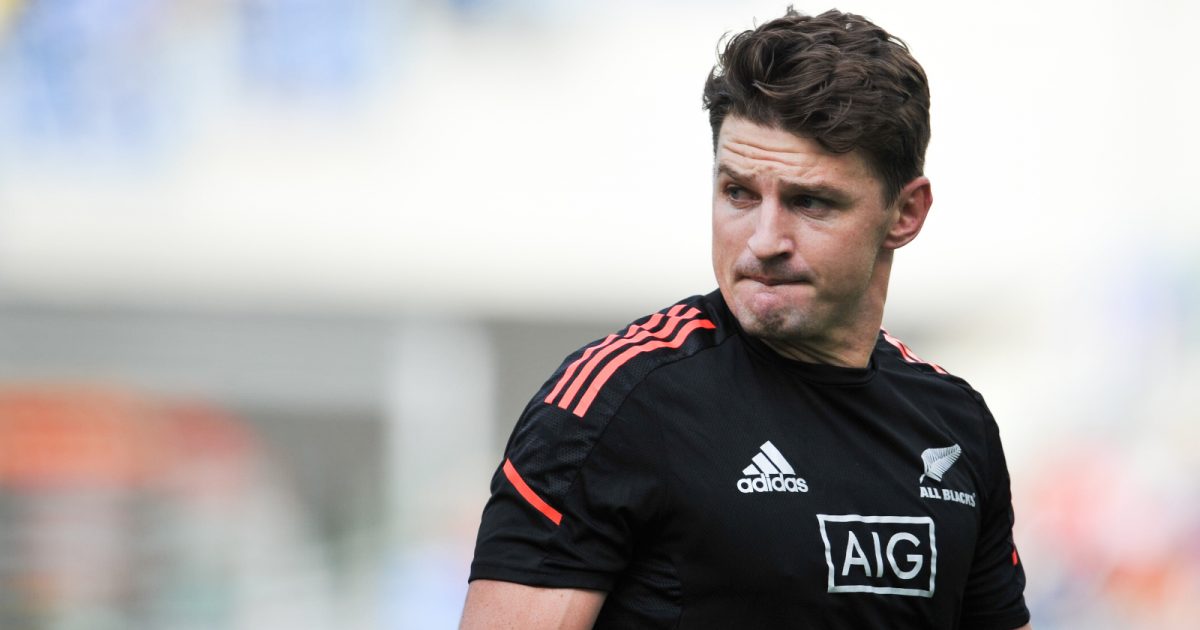 All Blacks superstar fly-half Beauden Barrett has come out in support of head coach Ian Foster after he opened up about the toll the job is taking on him.

Foster has come under immense scrutiny and pressure after New Zealand were defeated by Ireland in a series for the first time on home soil.

This was preceded by two defeats against the men from the Emerald Isle and France on last year’s end-of-year tour to leave them with four losses from their previous five games.

The poor results also saw them drop down to fourth in the world rankings for the first time ever.

It prompted an urgent review by New Zealand Rugby, who decided to stick with their man while doing away with his assistants John Plumtree and Brad Mooar.

Barrett revealed that Foster had opened up to the squad just how much of an impact coaching New Zealand was having on him.

“He’s a strong man but also not afraid to speak out and to share with us how much it hurt last week, what he went through and so on,” said Barrett.

The 31-year-old admitted that Foster wasn’t the only one taking the poor run badly.

“It hurt us a lot as well seeing our coach, our leader and us, as players, what we went through,” he added.

“With Brad (Mooar) and Plum (Plumtree) having to move on as well, it all hurts.

“All we can do now is come together strongly, tightly and embrace this trip that we’re about to get into.”

While Foster has been facing the music and dealing with the consequences, Barrett admitted that he had been avoiding all media coverage after their defeat by Ireland.

New Zealand face a tough assignment next up as they travel to South Africa to take on the world champion Springboks in back-to-back clashes to begin their Rugby Championship campaign.