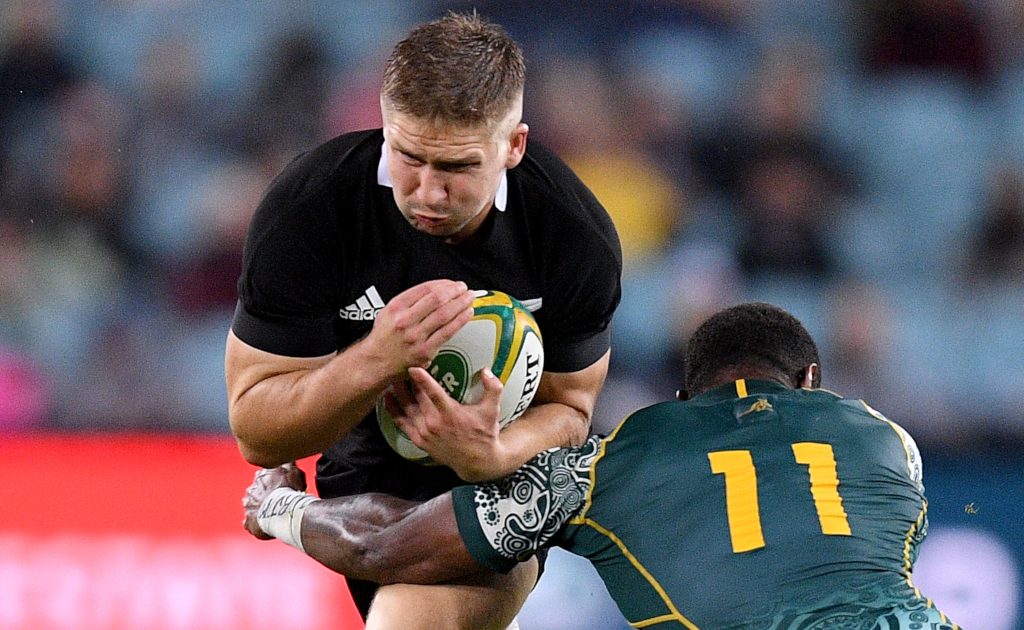 Crusaders and All Blacks star Jack Goodhue has been ruled out for the rest of the season after rupturing his anterior cruciate ligament.

The injury occurred during the Christchurch-based outfit’s dramatic golden point victory over the Hurricanes last weekend.

It has now been confirmed that the centre will be out of action for a significant period of time, missing the remainder of the Super Rugby season and the whole of the All Blacks’ campaign.

A statement from the Crusaders said: “Jack Goodhue has also had scans which have confirmed a significant knee injury, including an ACL rupture. He will require surgery, and is not expected to be available for any further rugby in 2021.”

Goodhue has earned 18 caps for the All Blacks since making his debut in 2018 and was a key part of the squad during their run to the World Cup semi-finals in 2019.

The 25-year-old was also an ever-present in 2020 as New Zealand claimed the Tri-Nations title.

He joins Joe Moody on the sidelines, with the prop another casualty during their Super Rugby Aotearoa clash with the ‘Canes last Sunday.

Moody’s is not as serious but he could still be set for a lengthy spell on the sidelines following a toe injury.