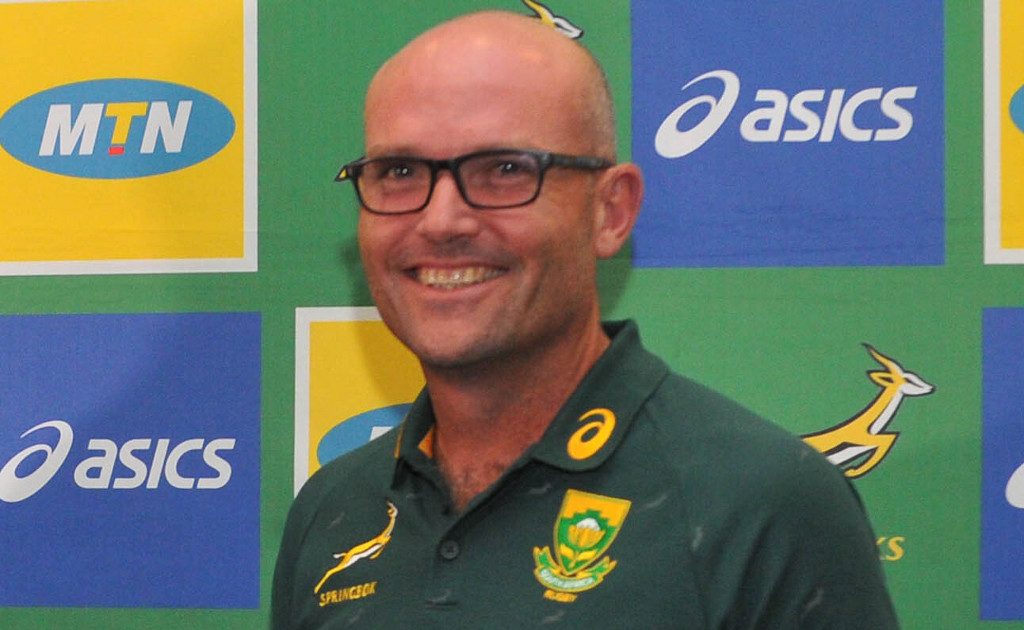 The Springbok coaches and management wrapped up the first round of strategic alignment camps on Wednesday, as they shifted their preparations for the 2021 Test season into a higher gear.

Springbok head coach Jacques Nienaber, his assistants and the rest of the management staff, met with a number of players in Johannesburg (Lions and Bulls), Durban (Sharks), Cape Town (Stormers) and Bloemfontein (Cheetahs) during a series of camps over the last week.

Nienaber described the sessions as extremely productive and just what was needed to start the next phase of preparations as the Springboks gear up for a return to Test rugby, with a very busy international calendar looming.

The demanding 2021 schedule includes the much-anticipated Lions series, the Rugby Championship and the traditional end-of-the-year tour to Europe.

SA Rugby was forced to withdraw the Springboks from all international participation in 2020 due to the impact of the Covid-19 pandemic, meaning the last time the Boks played was the Rugby World Cup final against England in November 2019 in Japan.

Speaking after the conclusion of their final session in Bloemfontein on Wednesday, Nienaber said he was very satisfied with the outcome of the first round of alignment camps.

“The players haven’t been together (in a Springbok setup) for more than 500 days, so there was a lot of excitement, as you can imagine,” he explained.

“Just meeting face-to-face was absolutely great, because I haven’t seen some of the players since the Rugby World Cup victory tour parade in November 2019.”

Nienaber described the camps as a reality check for the Springboks, and explained they had very specific goals in mind for the opening round of meetings.

“It was reality check for us in terms of where we were in 2019 and where we are currently in 2021, and where we have to turn our focus towards and improve during our preparations,” he added.

The Bok coaching brains trust wanted to get four specific areas of information across to the players.

“Firstly, we shared general information around commercial and marketing engagements, because this is a British & Irish Lions tour and a bit different from your normal tour,” said Nienaber.

“It was also good opportunity to work through our various team protocols again, with the Test calendar and the effects of the pandemic in mind, but we gave them a schedule with as much detail as possible.”

With the squad being apart since the end of 2019 and expected to hit the road running against the British & Irish Lions in a few months’ time, it was vital to get everyone in sync as soon as possible, said Nienaber.

Vital to get everyone in sync

“I would say the big part of these assemblies was the reality check exercise, to see where we are as a team, not just the players, but also the whole management – with that steering our focus to the areas we have to improve,” he added.

“And another major objective was for the players to have a clear understanding of exactly what is required of them to be considered for Springbok section.”

With the local camps and sessions with players based in Ireland completed, the attention now turns to the rest of the overseas-based Springboks. Those in Japan will meet Nienaber and his fellow coaches online on Thursday, and next week is the turn of the players based in England and France.