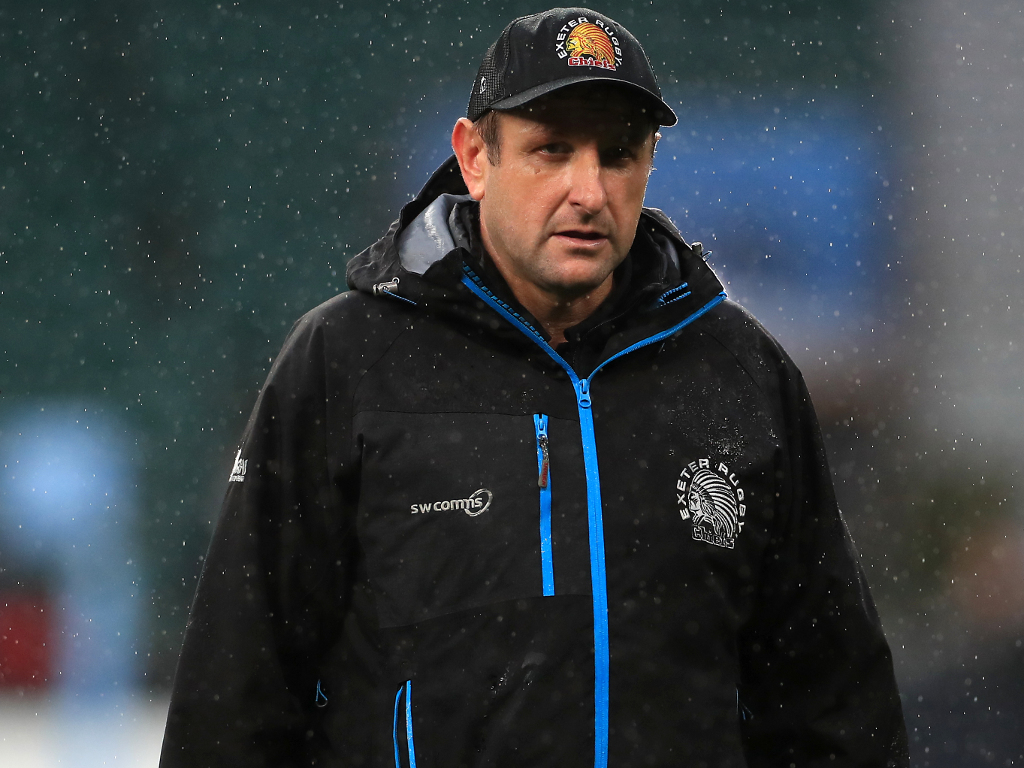 Victory for the Chiefs would put them in a strong position to reach the quarter-finals after they began their European title defence with a thumping 42-0 victory over Glasgow at Sandy Park.

“It’s a massive game,” said Hepher. “They are a tough ask, but it is a fantastic opportunity for us to really test ourselves at the top end of the competition.

“We are in a tough pool with some very good sides in it, and the margins in this group are going to be really tight.

“If we get to nine points in the group next week, you are looking in a very good place. We have got the appetite for the fight in those games.”

Roared on by a 2,000 crowd – the first spectators allowed into Sandy Park since March – Exeter delivered a comprehensive win that put them firmly among the early Pool B pace-setters.

It was Exeter’s fourth successive bonus-point victory in domestic and European competitions this term.

“The pleasing thing is that inner confidence, that inner belief has gone to a new level. That is superb, and means we can kick on and go after more trophies.

“You just look at rugby history. It took Leinster a long time, but then they knocked in three (European titles), Wasps and Saracens both came strong in Europe after losing a few games early on.

“We’ve done our fair share of losing, but we’ve learned along the way. It is really exciting to be around, to see these guys flourish.

“You are not certain to get through in the pool with four wins. Bonus points along the way help, and we won’t know until it unfolds.

“If you look at the group, there are a lot of five-point wins already, and you have got to see what sides do in opposition as you go through the pool.”

Hepher, meanwhile, paid tribute to the Exeter supporters as Chiefs were watched at home for the first time since they beat Bath nine months ago.

“The main thing was getting the fans back,” he said.

“I felt quite emotional when the lads came out and got such a warm round of applause for last season.

“We’ve done well when we have had to play and do it in isolation, but supporters always help, and they are phenomenal down here.