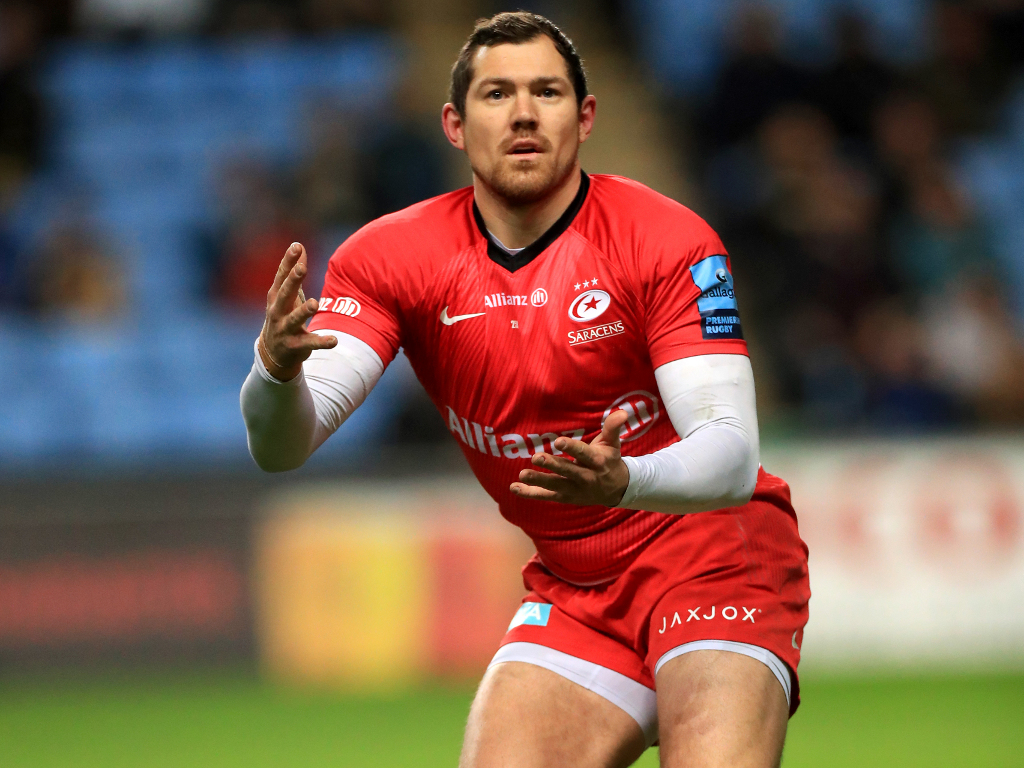 Saracens have announced that long-serving club man and England full-back Alex Goode is the latest player to extend his stay at the club.

The 32-year-old has committed his long-term future to the Men in Black ahead of a short-term switch to Japanese side NEC Green Rockets, a loan which will begin following the culmination of Sarries’ 2019/20 campaign and will end in May.

Goode has spent 14 years in north London after joining the academy in the mid-noughties and is set to become part of an elite group of Saracens to make 300 appearances for the club.

The full-back started the Wolfpack’s first ever Premiership triumph nine years ago and has been integral to the success Mark McCall’s side have had on the field domestically and in the Champions Cup since.

Named 2015/16 Premiership Rugby Player of the Season, Goode was voted 2019 European Player of the Year as Saracens recorded a third European title in four seasons before going on to win a fifth English final.

Goode is relishing the opportunity of a new experience in Japan before returning to the club he holds close to his heart.

“I love being part of this club,” he said. “I love the environment, coming in every day and being with friends, people who I’ve known for many years.

“I’ve had 14 years at this club and I’ve loved every moment. Everyone has given me so much and given me and my family so many memories over the years which will stay with me for the rest of my life.”

Saracens director of rugby McCall said: “Alex Goode is one of the most gifted players of his generation.

“To watch him play is to be reminded of the subtle, skilful and intangible aspects that encapsulate great rugby performances. His balance on the run, bravery in the air and execution under pressure have often made the difference in the club’s biggest moments.

“On and off the field, Alex has dedicated himself to the Saracens project since his early days in our academy and has been a vital part of all we have achieved. We are thrilled he has committed his future to the club.”