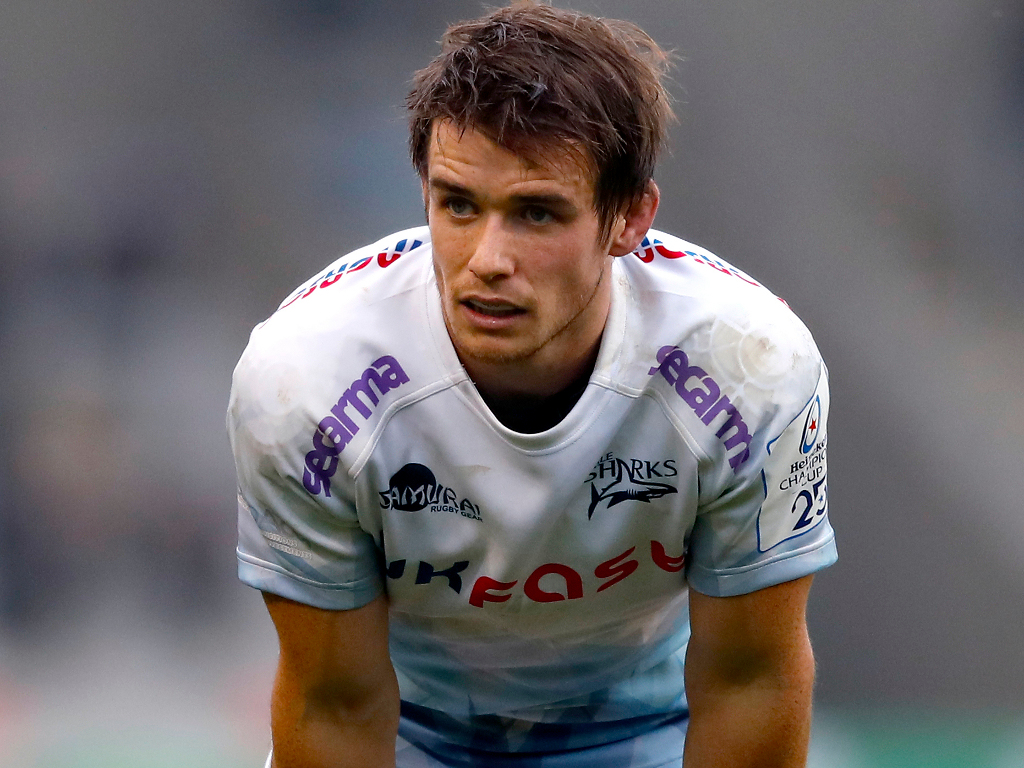 Sale Sharks fly-half AJ MacGinty could be sidelined for the rest of the season after dislocating his shoulder in Friday’s loss to La Rochelle.

The USA international was forced off the field in the 33rd minute and Sale’s director of rugby, Steve Diamond, confirmed that he is set for a lengthy spell on the sidelines.

“AJ MacGinty dislocated his shoulder so he is probably out for three to four months,” he said.

“That’s disappointing but we have to weather those storms and we have other players who can play there.

“He was controlling play very well in the first half and he’s a good defender. Overall I thought the team showed some good spirit.

“I thought it could have gone either way.”

Diamond hailed his side’s effort despite their 30-23 defeat to La Rochelle at the Stade Marcel-Deflandre.

Although they claimed a losing bonus point, the Sharks are now unable to qualify for the quarter-finals of the Champions Cup.

However, Diamond believes there were plenty of positives to take out of the game.

He said: “We played very well in the first half but we made two errors and La Rochelle scored two tries from those errors.

“La Rochelle didn’t have to work very hard in the first half. During the second half they overpowered us but I’m not too disappointed.

“I thought it was a fairly good performance. Seven of our matchday 23 were 18-years of age.

“I run the club that way and I have to have my kids coming through. To get experience in such a hostile environment is fantastic.

“I’m disappointed we didn’t get any closer but on the night we were beaten by a better team.”

Tries from Tevita Railevu, Tawera Kerr-Barlow, Geoffrey Doumayrou and Gregory Alldritt, along with 10 points from the boot of Ihaia West, secured a bonus point victory for the hosts.

Du Preez opened the scoring as he powered his way over from short-range but the hosts hit back with two tries in the space of three minutes after Kevin Gourdon was yellow carded for an intentional knock-on.

Kerr-Barlow sparked the French outfit into life with Railevu crossing at the left-hand corner before the former All Blacks scrum-half intercepted Will Cliff’s pass to run in unopposed from 40 metres out.

La Rochelle started the second half strongly and after a number of powerful carries Kerr-Barlow raced clear before drawing his man to put Doumayrou over.

Ashton was sent to the sin-bin for a trip before Valery Morozov was shown a red card due to driving his shoulder with force into the head of Lopeti Timani, who was shown a yellow card after a neck roll on Morozov.

Alldritt claimed the bonus point try, only for Langdon to bring Sale within seven points with a late score.