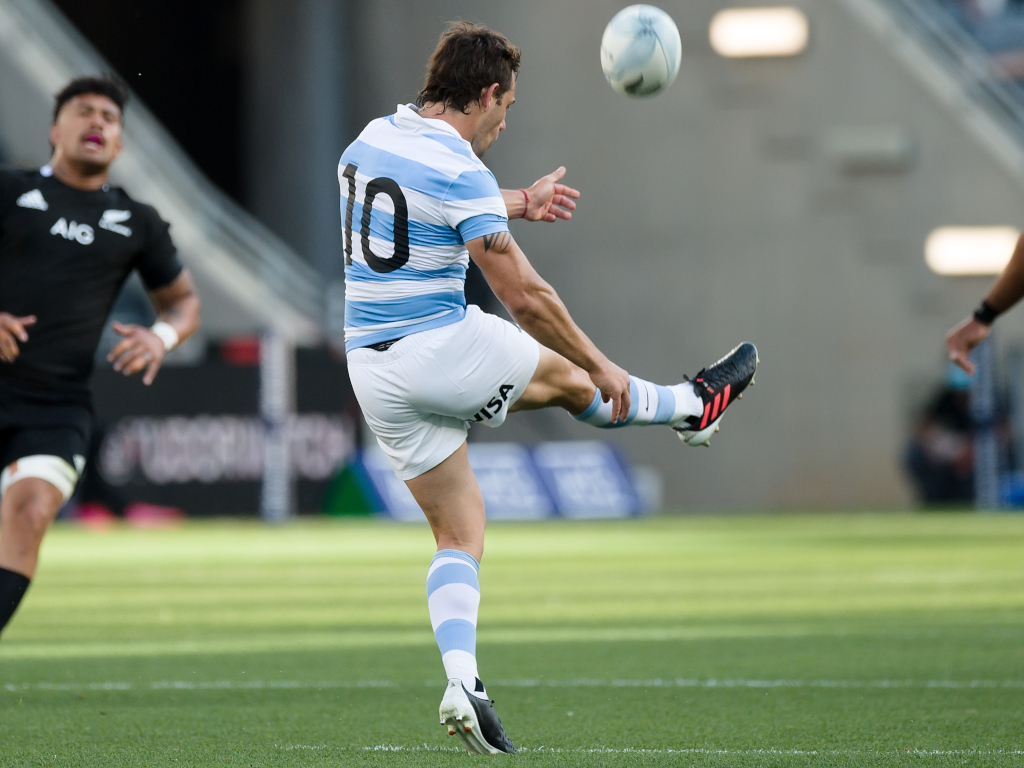 Argentina fly-half Nicolas Sanchez insists that the issues they faced leading up to the Tri Nations helped them to produce a stunning display against New Zealand in the Tri Nations.

The Pumas shocked the world by claiming their first ever win against the All Blacks, a 25-15 triumph in Sydney on Saturday.

Sanchez was one of the stars, scoring all of their points in the victory, which included a try, conversion and six penalties.

What made the result all the more incredible was that it was their first Test match for over a year, while their build up was hampered by an outbreak of Covid-19 within the squad.

Many of their players have also barely featured since March as their Super Rugby franchise, the Jaguares, did not feature in any of the domestic competitions created by New Zealand, Australia and South Africa .

“It was a very hard year,” Sanchez said. “After the World Cup we all had something very strong inside, but the pandemic helped us transform.

“These last four weeks of preparation were spectacular and today it was spectacular. We knew that with our defence they could not advance. We proposed this, we came to win and we are happy.

“Adversity always makes teams stronger. Now in our heads we only have the idea of continuing to grow.”

The result was also particularly special for the fly-half who, at the age of 32, thought his international career would be finished after the 2019 World Cup.

Argentina were a disappointment in Japan, going out in the group stages after defeats to France and England, but they appear revitalised.

They are now in a strong position in the Tri Nations and will look to build on this result when they face Australia next weekend.

Sanchez will certainly cherish the opportunity with the Stade Francais player being handed the opportunity by head coach Mario Ledesma to dictate proceedings from the pivot position.

He added: “When the World Cup ended I thought my career at the Pumas was over, I didn’t think I was going to be able to wear the jersey again, and much less be here.”