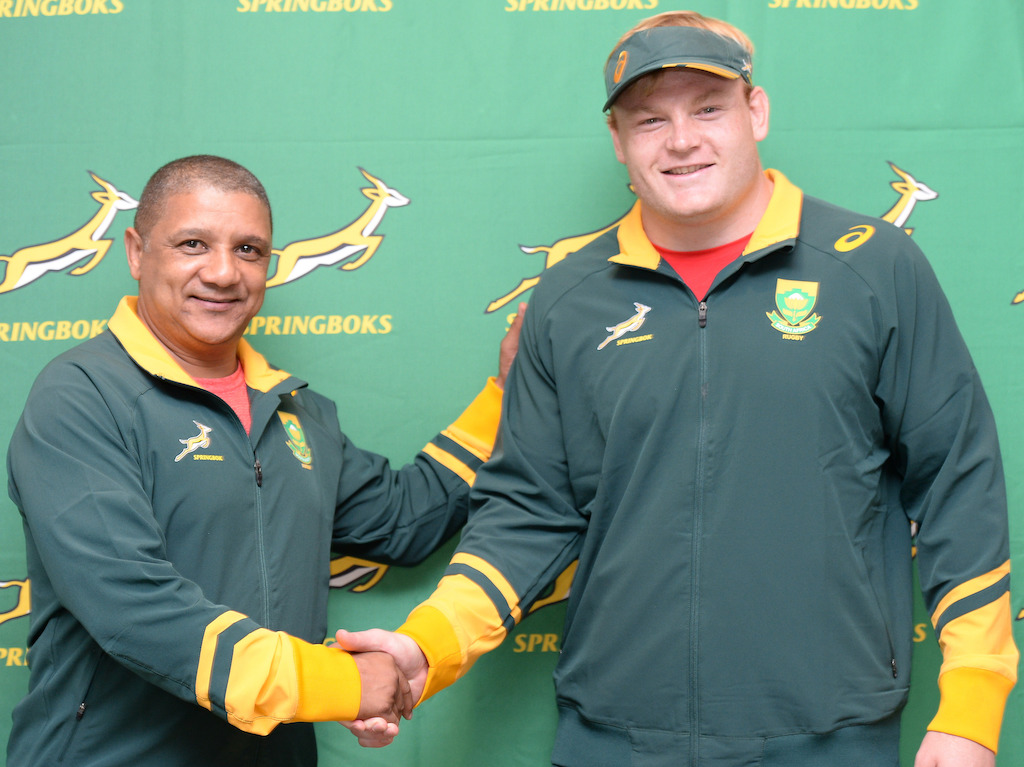 Springbok coach Allister Coetzee has announced that Adriaan Strauss will captain South Africa in the upcoming three-Test series against Ireland.

The coach made the announcement at the team’s training camp in Stellenbosch on Monday ahead of the series against Ireland, which starts on 11 June in Cape Town.

Coetzee said he decided to appoint the captain before the first training session.

“Adriaan’s leadership qualities are impressive and well-established and he has the respect of his team mates on and off the field,” said Coetzee.

“He enjoys the respect of all the players and he has always fulfilled a leadership role wherever he played, since coming through the junior national structures.

“Adriaan has shared the vice-captaincy role with Bismarck du Plessis for the Springboks and is also a former Toyota Cheetahs skipper and current Vodacom Bulls captain.

“I have no doubt he will be successful in his role as Springbok captain, which is a huge responsibility,” added Coetzee.

Coetzee further explained that Strauss will have a strong leadership group around him to support him in his role to lead the Springboks in the coming series against Ireland.

“I have been impressed with him in my interactions with him and I have the utmost faith in him.”

Strauss said he was humbled by the trust and confidence shown in him by Coetzee.

“I am very grateful to the coach for entrusting me with this enormous responsibility,” said Strauss.

“I am incredibly humbled by this huge honour and also excited about the role. It is not everyone that get the opportunity to lead the Springboks, so I consider myself very blessed indeed. I shall do my very best to justify the trust shown in me.

“I am also very fortunate that I will be able to lean on the assistance of a great leadership group within the squad. There’s a fantastic energy in the squad, but the hard work starts now.”

The 30-year old hooker, who was born in Bloemfontein, has played 54 Tests matches for South Africa since making his debut in 2008, scoring six tries to date. He also presented the Springboks at the 2015 Rugby World Cup in England, where he earned his 50th Test cap against Samoa.

He became the 800th Springbok when he was called up to do duty in the 2008 Castle Lager Rugby Championship, making his debut on 19 July 2008 against Australia in Perth aged just 22-years old. He has played in a total of 57 Springbok matches, including three non-Tests.

In 2012 and 2013, Strauss shared the vice-captaincy with Du Plessis. He is a very strong and experienced hooker and respected leader in the South Africa game.

Strauss has amassed 130 Vodacom Super Rugby caps for the Toyota Cheetahs and the Vodacom Bulls. The former Grey College hooker represented the SA Schools in 2003, SA Under-19 (2004) and SA U21 (in 2005, when they won the IRB U21 competition in Argentina, as well as 2006). He made his senior debut for the Vodacom Bulls in 2006, before joining the Toyota Cheetahs the following year. He re-joined the ranks of the Pretoria side in 2015.