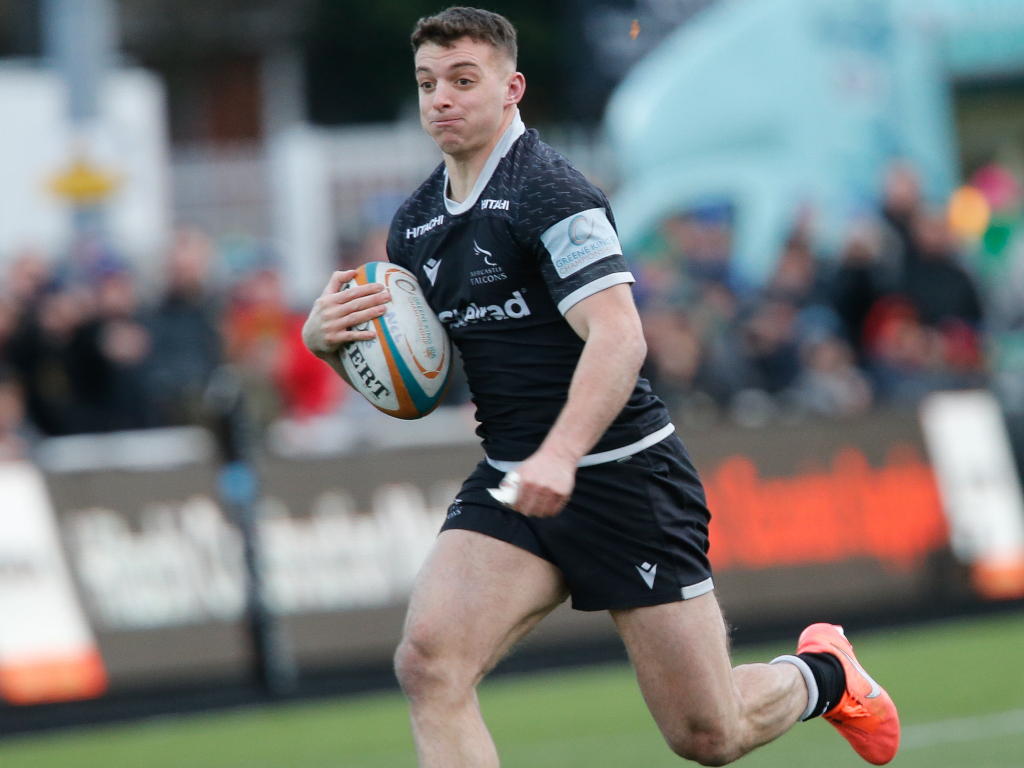 Prolific try-scorer Adam Radwan has pledged his future to Newcastle Falcons until the summer of 2023 by signing an extended contract with the Premiership new boys.

The 23-year-old was the Falcons’ top try-scorer during last season’s unbeaten campaign, touching down 14 times in 15 games in a year which saw Newcastle winning all 22 of their matches.

Radwan, who was born in North Yorkshire, played his junior rugby with Middlesbrough, Billingham, and Hartlepool Sixth Form College before joining the Falcons’ academy, also starring for Darlington Mowden Park in National One.

Boasting a total scoring record of 29 tries in his 35 first team games for Newcastle, the former Anglo-Welsh Cup Breakthrough Award winner said: “It was a no-brainer for me in terms of signing the new contract extension.

“I love playing for the Falcons, there’s a really exciting future for the club following our promotion back into the Premiership and I want to be part of things here.”

Director of rugby Dean Richards said: “Adam has that real excitement factor about his game, our supporters love him and it’s easy to see why.

“He played a big role in helping us secure our promotion back up to the top flight for the 2020/21 season, and through his own hard work he is now ready to make a big mark at the next level.”