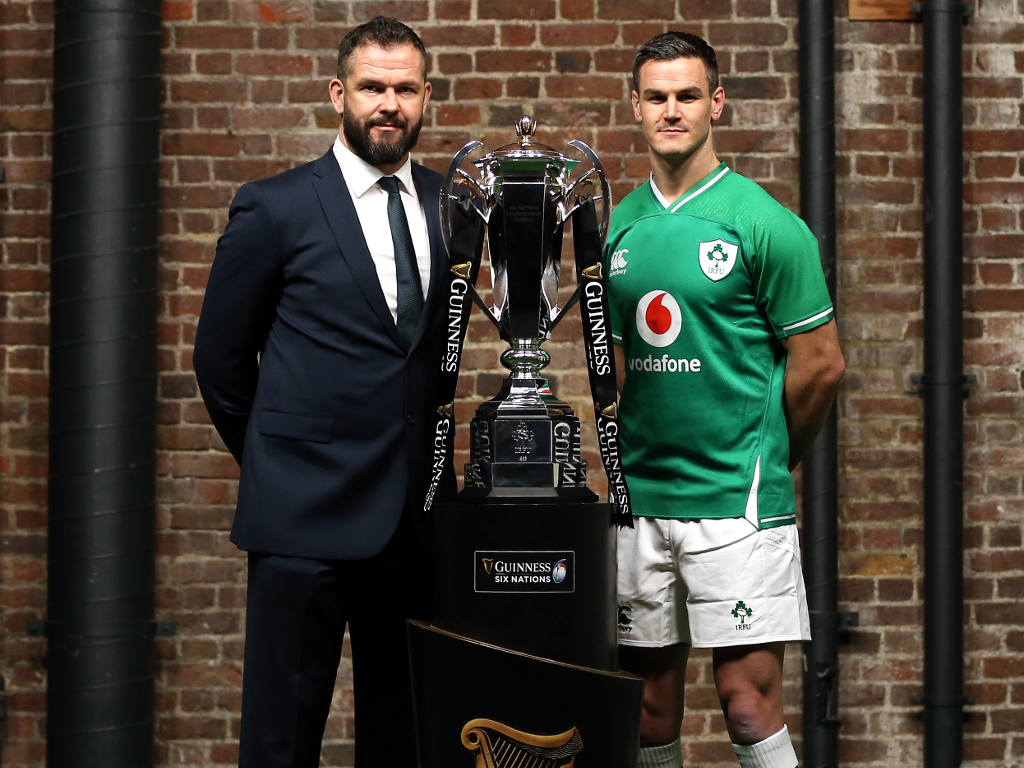 Next in our set of previews ahead of the Six Nations we examine the prospects of last year’s third place finishers, Andy Farrell’s Ireland.

Irish Rugby’s key strength is its compactness. A nation with only four main rugby playing provinces, their ability to produce units of players is a characteristic of the country. They specialise in producing units that date back to age group rugby and use tactics based upon knowing each other’s games inside out from a very early age. Indeed, one school alone (St Michael’s, Dublin) provides Ireland with five of their squad players and the conveyor belt of Irish junior talent keeps on producing.

However, the flip side of this is that the team units often grow old together, and it’s a truism to say Ireland are in a transitional period as some greats of their game see their powers declining.

Factor in too that this transition also sees a change at the helm, with Andy Farrell replacing Joe Schmidt as head coach, something that may see a tightening in game style with an emphasis on a more structured approach, and you realise this is very much Ireland’s year of rebuilding and reassessing.

Last year: A mixed 2019 saw Ireland fall from a heady second place in the world rankings to fifth. A defeat to Japan in the pool stage was a disaster for the men in green, compounded by the sending off of the outstanding Bundee Aki against Samoa and led to them meeting the All Blacks in the quarter-finals, where Aaron Smith’s brace of scores took the game away from them early on.

Their Six Nations saw three wins from five as losses to England in Dublin and a heavy defeat to a Hadleigh Parkes inspired Wales in Cardiff bookended their season. It’s safe to say Ireland also struggled for a settled combination in midfield and the back-row.

By their lofty standard of 2016-2018, it was an unmemorable season, one disrupted by changing personnel and one where perhaps they struggled to impose themselves on the gainline.

This year: The Six Nations often throws up some interesting programmes and this year sees Ireland face Scotland and Wales in the first two rounds at their Aviva Stadium fortress, with Italy also visiting Dublin in Round Four.

However, they face the hotly tipped and improving France in Paris and World Cup runners-up England at Twickenham later on in the campaign.

With a powerful set-piece and a well organised defence, you would expect Ireland to beat Scotland, (especially now the Scots have lost their impish playmaker, Finn Russell) and to build upon that to avenge their 2019 Welsh experience, but the games in Paris and London on the road will define their season.

There’s still questions over their selection; James Ryan needs to find a long-term partner at lock, with similar uncertainty over the best midfield combination. Jack Conan’s impact will be sorely missed and it remains to be seen just who will add the carrying power to CJ Stander’s continued excellence at the base of the scrum.

Key players: Ireland’s mobile lock James Ryan will, as usual, be at the centre of everything good about his country’s efforts. His all-round game is absolutely complete, with powerful drives, a huge tackle count and an imperious lineout presence.

Bundee Aki may be limited in terms of his distribution skills, but he does for Ireland what Manu Tuilagi does for England – he runs power lines that attract two and three defenders. Lions’ favourites Cian Healy and Tadhg Furlong‘s experience will also be key, as they prop a new hooker following the retirement of their talismanic skipper, Rory Best. And lastly, it goes without saying that Johnny Sexton, although doubtful for the opening fixture, will need to step up to both lead the side’s attack and the team itself, as he replaces Best as skipper.

The break from the prop and who else but John Cooney waiting in the wings to seal the try!#HeinekenChampionsCup pic.twitter.com/9HHIyhxaP6

Players to watch: Andy Farrell faces a big call at half-back, where Ulster’s lightening scrum-half John Cooney could be the form pick over the veteran Conor Murray.

In the back three it will be all change, with Rob Kearney absent and Keith Earls in the salad days of his career. Jacob Stockdale is sure to dominate on the left wing with the flyer Andrew Conway on the other flank. Jordan Larmour‘s pace at full-back troubles the best and we look forward to his further development as a British & Irish Lions place beckons next year.

In the forwards, there will be a change at hooker, with Ulster’s Rob Herring jostling with Dave Heffernan and Leinster’s Ronan Kelleher for the shirt worn by Best 124 times.

Prospects: Realistically, and assuming that home advantage allows them an edge over Wales, you’d expect Ireland to be three from five which would place them mid-table in a very competitive year.

We see this as Ireland’s year of transition, where getting combinations and style into place are just as important as the results themselves. Third place.