Home Features A great All Black has fallen: Tribute to Andy Haden 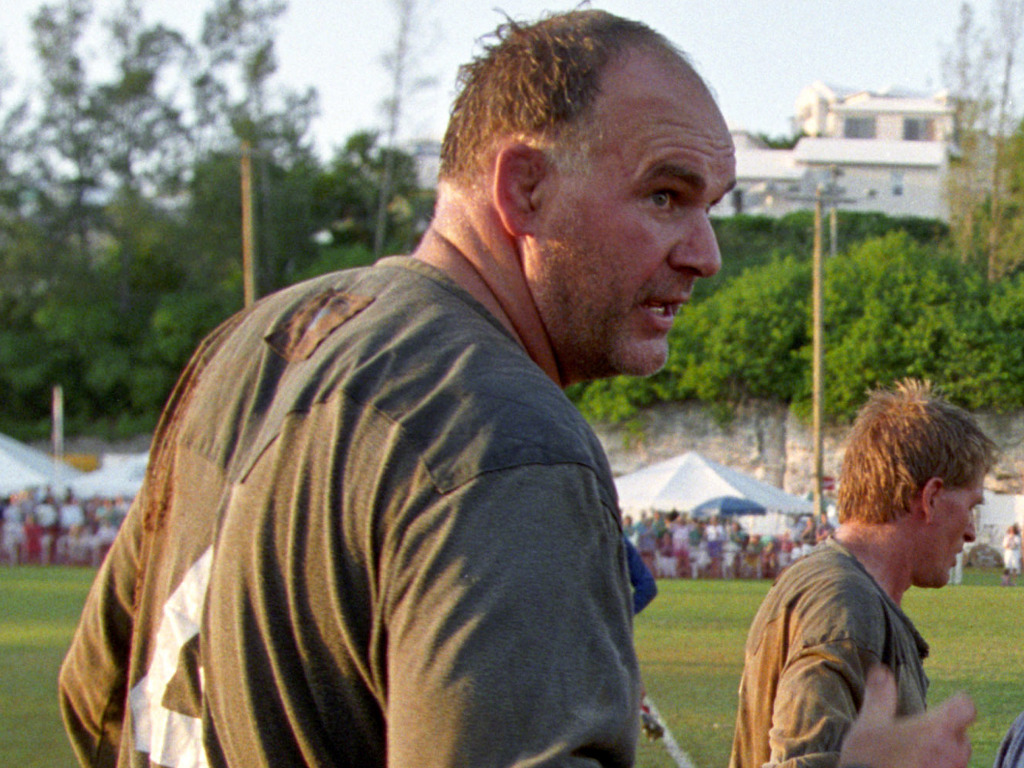 Andy Haden, who was born on September 26, 1950 in Whanganui, died in Auckland on Wednesday morning. The former lock, who played 117 matches, including 41 tests, for the All Blacks between 1972 and 1985, is considered one of the greatest All Blacks of all time.

“Professional Rugby Player”. That was the occupation listed in Andy Haden’s passport for many years before the advent of professionalism.

In the modern idiom, Haden was the arch disruptor, both on and off the pitch. Whether that be of the scrum, lineout ruck or maul, or of contracts and playing conditions, he was the first to challenge those around him, both intellectually and physically.

Standing tall at 6’6” and blessed with a rugby intellect more often found in a second five-eighth than a second-row, Haden always had a plan, whether that be on the line of legality or not.

First capped in 1977, Haden’s career spanned eight magnificent years for New Zealand that saw his team see a win rate of 76%, series victories and a brace of tries against the British Lions in both 1977 and 1983 – the former when he was the choice of most pundits as the informal All Black man of the series.

His stock rose greatly during the intensely controversial 1981 South African tour of New Zealand, which had provoked nationwide protest and worldwide condemnation but one where Haden’s lineout work was a crucial factor in overcoming the Springboks 2-1.

Subsequently, the official All Black tour to SA planned for 1985 was cancelled due to a legal ruling that it would be incompatible with the New Zealand Rugby Football Union’s legally stated purpose: “The fostering and encouragement of the game of rugby.” Nevertheless, Haden, again the disruptor, was a key figure in recruitment to create the New Zealand Cavaliers, a move that ultimately brought down the curtain on his official international career.

Controversy was never far from the big Aucklander, whether it was for his on-field antics such as the notorious lineout dive in Cardiff in 1978 that some believe robbed Wales of their first win since 1953 versus the All Blacks, or again in 2010, when his media comments about inclusion within rugby forced his resignation from his post as Rugby World Cup 2011 ambassador. 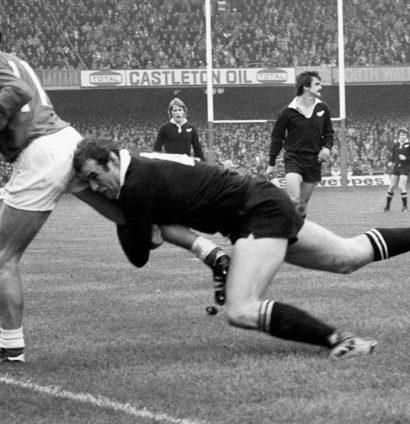 Haden himself would claim that his actions in 1978 were born purely from the frustrations of Wales climbing all over him that fateful day. As he said in an interview: “You don’t leave the field wondering what you ‘could have done’. That’s a mug’s game. You do what’s needed at the time, that’s a champion’s game.”

Cruelly, some would say he deserved vilification for both incidents, but that would be to denude the thought process and strongly articulated views that Haden held. Again, he was that challenging force, be it physical or mental, saying and doing things that disrupt the norm and the letter of the laws. As Murray Mexted observed, speaking to the NZ Herald, Haden was driven by a desire to always improve.

“Andy turned the lineout into an art form. He had an inquisitive mind, always motivated by levels of performance and that was infectious. There was always a way of doing it better and getting a better result,” said Mexted.

“He was a man amongst men. We used to talk about him being ahead of his time. Of all the wonderful rugby contemporaries I had, he’s the one I admired and respected the most.

“He changed the way the All Blacks forwards were perceived. He challenged authority and authority didn’t like it. But he could back it up because he was smart and it was always for the betterment of the players and the game itself.”

Always outspoken and often controversial, Haden was considered a forerunner of the change in the game with his progressive approach to payments for players, openly stating his intention was to be “rugby’s first millionaire”.

He used to pop up in all sorts of places – he set up a promotions and management company as a major post-rugby undertaking representing many New Zealand celebrities and sports stars, including Rod Stewart’s wife, Rachel Hunter, at the height of her supermodel career.

No one would be surprised – Haden was one of life’s natural born promoters and a consummate Svengali, a character who was both big in stature and intellect.

His death leaves a huge legacy, one based upon change, controversy and disruption.

But one thing is for sure; both the game and All Black rugby will rarely see a figure as colourful and effective as that of Andrew Maxwell Haden (New Zealand Medal).