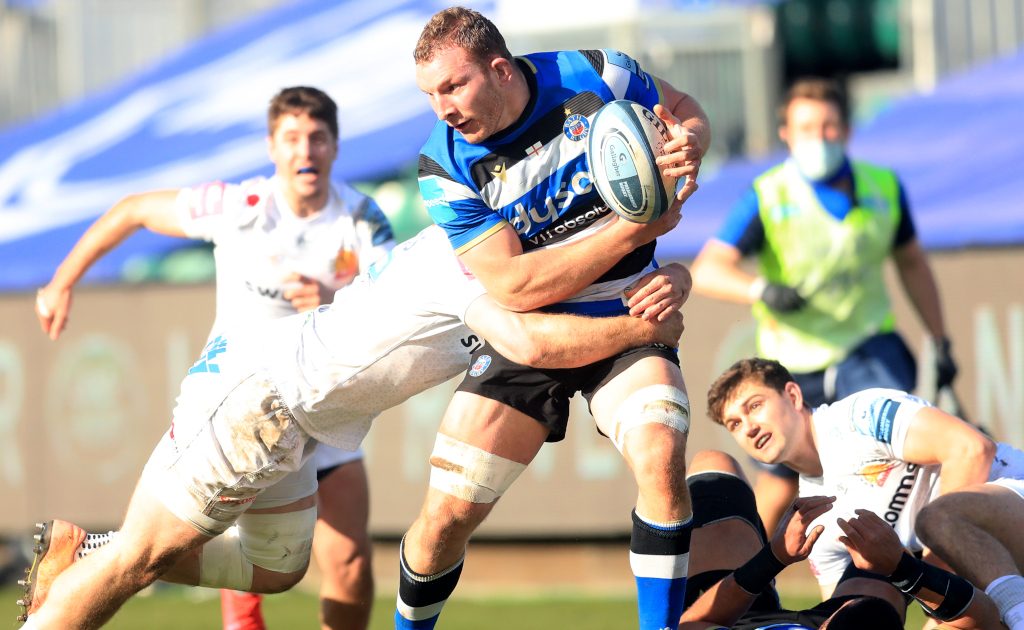 Sam Underhill will make his 50th Bath appearance when he takes to the field in the Challenge Cup semi-final against Montpellier on Saturday.

The England international made his debut for the club in 2017 and has grown into an influential player for Stuart Hooper’s side.

Another milestone for the Blue, Black and Whites sees Will Muir earn his European debut from the wing.

Affectionately known as Horse, the former England Sevens man has scored five tries in nine Premiership outings to date and will look to make his mark on the Challenge Cup stage.

Muir links up with Anthony Watson and Joe Cokanasiga in the back three while the centre pairing of Cameron Redpath and Jonathan Joseph also remains the same from the trip to Wasps last time out.

Academy fly-half Orlando Bailey features outside scrum-half Ben Spencer who returns to the nine shirt after scoring as a replacement at the Ricoh Arena.

The front five is unchanged going into the visit of Montpellier and Taulupe Faletau is the only new addition to the pack, coming in at blindside flanker alongside Underhill and Zach Mercer in the back row.

There is a six-two split on the bench with Jack Walker and Jamie Bhatti the fresh faces to the 23.

Meanwhile, Montpellier have South African duo Cobus Reinach and Handré Pollard waiting on the bench as they head to the Recreation Ground.

That means Benoit Paillaugue and Alex Lozowski are the starting half-backs, with France international Arthur Vincent linking up with Johan Goosen in midfield and Vincent Rattez, Julien Tisseron and Anthony Bouthier completing the back three this weekend.