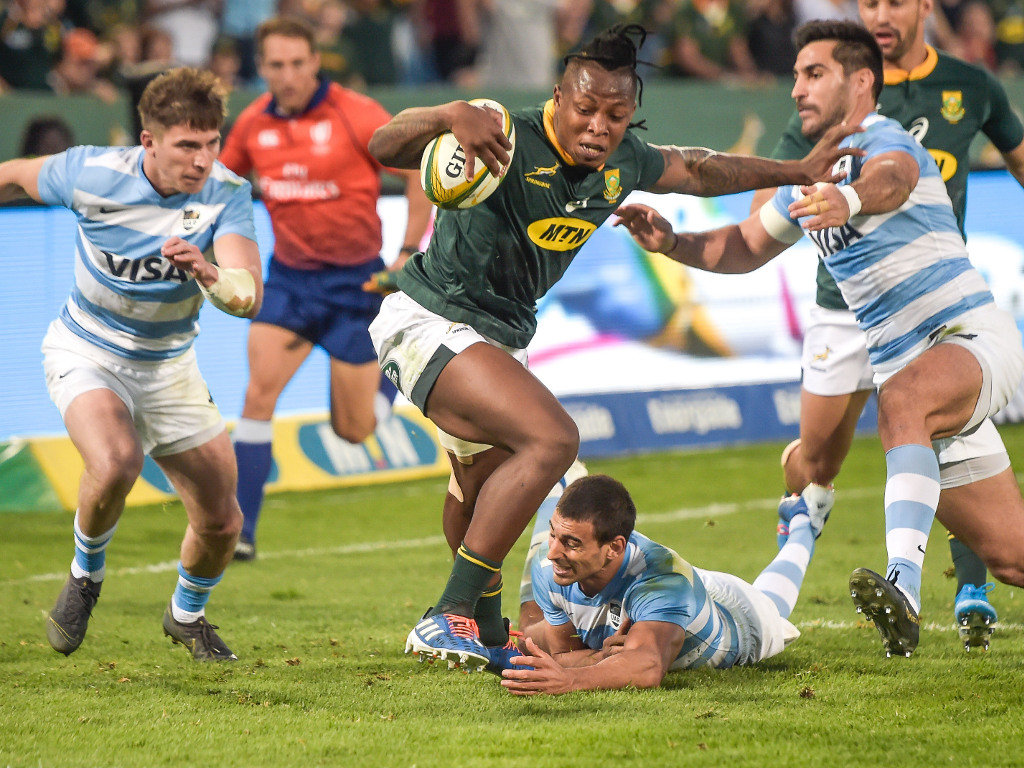 SANZAAR and tournament hosts Rugby Australia have announced the match schedule and venues for this year’s Rugby Championship which starts in Brisbane on November 7.

The entire 12-match, 6-week tournament, as previously revealed, will take place in Australia and will be played in Brisbane, Newcastle and Sydney between November 7 and December 12. Kick-off times for the double-header matches will be announced in due course.

Following the opening round at Brisbane’s Suncorp Stadium, the tournament moves to New South Wales (NSW) for the remaining five rounds, with matches to be played in Sydney at Bankwest Stadium and ANZ Stadium, and McDonald Jones Stadium in Newcastle.

Inbound teams Argentina, New Zealand and South Africa will be required to observe all health regulations around their squads as imposed by the NSW and Queensland governments. The teams will be kept separate by operating within a ‘bubble’ during this period with all teams operating in clean environments controlled by NSW police. The wellness of the squads will be continually monitored in line with NSW Heath requirements.

SANZAAR CEO Andy Marinos stated: “It has taken a lot of hard work to get to this point, but we are delighted that we can now confirm the match dates and venues for The Rugby Championship 2020. The Rugby Championship is one of the game’s showpiece events and includes some of the best rugby talent in the world.

“While the rescheduling and reconfiguration of the Super Rugby season has not been ideal all the member unions have been committed to getting rugby back on the field and the culmination of this will be The Rugby Championship in Australia.

“I would like to thank all of our unions and their staff for their dedication and hard work since the onset of this pandemic. Our Broadcasters and Commercial partners have been fantastic in working with us and continually adapting in what has been a very dynamic environment.

“SANZAAR would like to thank Rugby Australia as the host nation and Destination NSW and Tourism Australia for their commitment and involvement with venues and tournament logistics and assisting Rugby Australia in delivering this event.

“It is fantastic to be able to take matches to three cities – Brisbane, Newcastle and Sydney. The six double-header Saturdays are a first for the tournament and will produce an exciting feast of rugby for spectators at the venues who will actually be getting two world-class international tests for the price of one entry ticket.

“Thanks to our committed family of broadcasters this action will also be delivered to the living rooms of our overseas rugby fans providing a rugby feast similar to what we experienced a year ago with the Rugby World Cup.”

🗣️ "The Rugby Australia submission was the most desirable and workable in terms of tournament logistics."

NSW Minister for Jobs, Investment, Tourism and Western Sydney Stuart Ayres said: “Sydney has once again reaffirmed its title as the nation’s sporting capital. With world-class sporting facilities and incredible food, wine, and natural beauty, NSW has so much to offer visitors and viewers from around the globe.

“The Rugby Championship is the jewel in the crown of Southern Hemisphere Rugby. Hosting the majority of the games in NSW, including the highly coveted Bledisloe Cup, demonstrates our Government’s commitment to growing events across the state as a crucial means to rebuilding the NSW visitor economy.

“The hard work of our government agencies, including Destination NSW and the Office of Sport, continues to see our state go from strength to strength as we navigate our way through what have been some turbulent times for our tourism and event industries.

“I have no doubt that NSW sports fans will show up in droves for this incredible series and we look forward to welcoming fans from intrastate and hopefully interstate, for what is set to be an action-packed summer of sport across the NSW.”

Rugby Australia and New Zealand have previously announced that the first two rounds of the four-match 2020 Bledisloe Cup will be played in Wellington and Auckland on October 11 and 18 respectively. The Wallabies versus All Blacks Rugby Championship matches on November 7 and December 12 will double up as the last two Bledisloe matches.