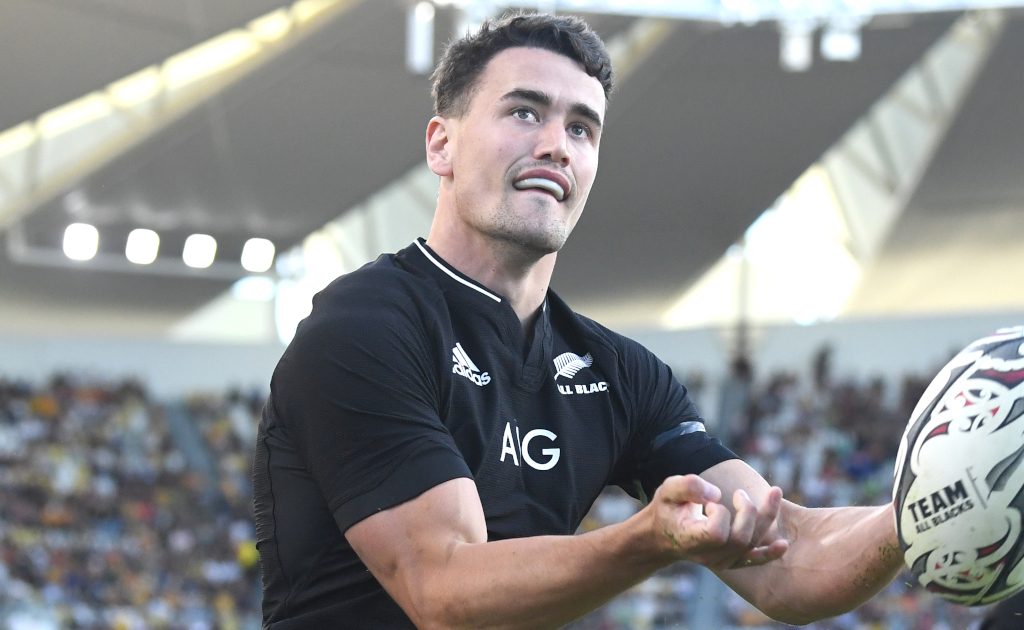 A rampant New Zealand racked up 16 tries as they demolished the USA 104-14 in a one-sided meeting at FedExField in Washington DC on Saturday.

In reply for the Eagles, Nate Augspurger and Ryan Matyas went over to give USA fans a small amount of cheer in an otherwise embarrassing game for the hosts.

It was one-way traffic from the outset as New Zealand got the scoreboard ticking inside a minute, running the kick-off back as George Bridge and Finlay Christie helped set up Jacobson to race over. Mo’unga added the extras and it would be the first conversion of many as USA were about to feel the full force of the All Blacks.

Further crossings from loosehead prop De Groot and wing Jordan, who regathered his own chip kick to score, moved New Zealand into a 19-0 advantage with just 11 minutes gone. And the procession continued as they went from deep again, this time a nice interchange ending with McKenzie scoring as USA’s woes continued.

26 points to the good there was no letting up from Ian Foster’s charges as on 20 minutes their ability to keep the ball alive allowed Jordan to find Jacobson for his second try of the match, converted by Mo’unga, before the fly-half got in on the try-scoring act five minutes later as he fought his way over to make it a 40-0 lead.

New Zealand were far from finished in the opening period as further crossings came when Jordan added his own brace on 30 minutes before having a hand in setting up Ta’avao for a run-in under the posts. With Mo’unga’s kick that made it 52-0 and then a minute before the interval Tupaea’s score added another to the tally.

However, it was to be USA who ended the half the stronger when scrum-half Augspurger sprinted over from 40 metres out, lifting the fans’ mood in the ground.

Unfortunately for the Eagles, the All Blacks started the second stanza as they began the first, with Ta’avao adding his second with barely a minute on the clock.

New Zealand would cross again seven minutes later through Papalii, converted by Mo’unga, which made it 73-7 before USA responded well through wing Matyas.

But that was to be the hosts’ final offering in the game as the clinical All Blacks turned the screw as the contest moved into its final half-hour, replacement Lienert-Brown getting his name on the board on 54 minutes before Barrett raced over from long-range, with the visitors’ bench already offering a significant impact.

With 10 minutes remaining the free-scoring Jordan would complete his hat-trick and there was still time for two further scores in the closing minutes, hooker Coles cutting back off the right wing to make it 97-14 before Braydon Ennor’s run down the left led to Perenara going over, McKenzie adding the final two points.