Home News 14-try All Blacks put Tonga to the sword 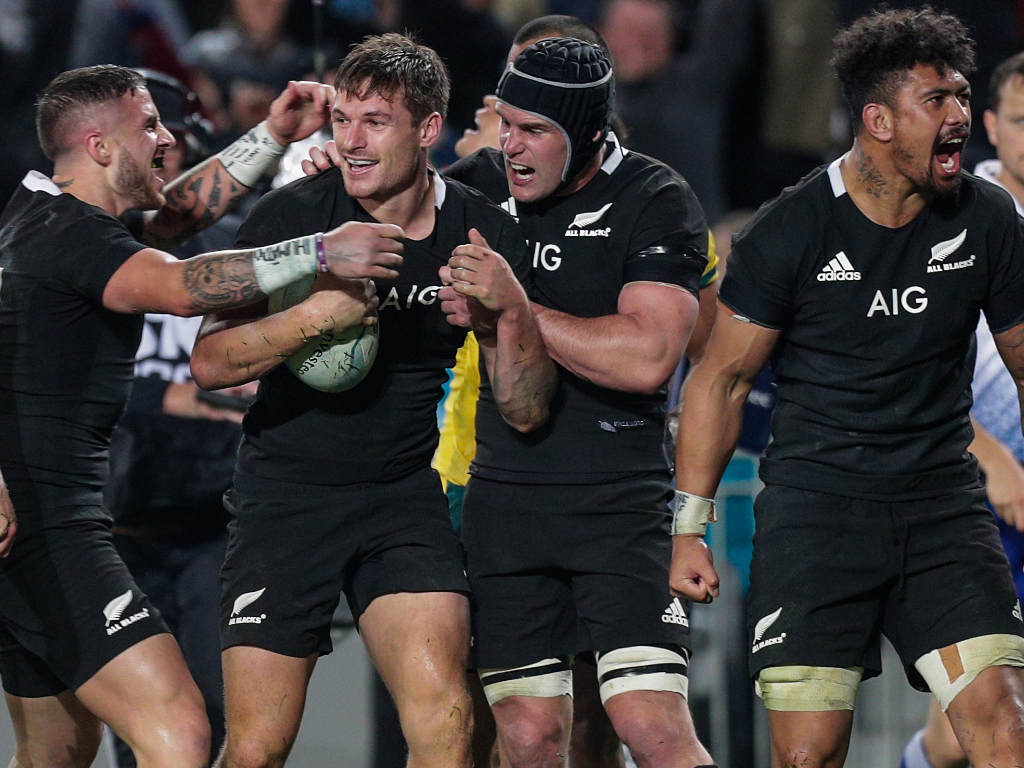 New Zealand made a statement of intent ahead of the Rugby World Cup when they notched an easy 92-7 victory over Tonga in Hamilton on Saturday.

In a fast-paced and entertaining game, the All Blacks dominated from start to finish and delivered a superb all-round performance with forwards and backs combining brilliantly throughout.

The men in black were in a ruthless mood, as they ran in 14 tries with George Bridge crossing on four occasions. Ben Smith and Ryan Crotty were next best with a brace apiece, and Sevu Reece, Codie Taylor, Kieran Read, TJ Perenara, Matt Todd and Ardie Savea also dotted down. Beauden Barrett finished with a 14-point haul courtesy of seven conversions, before being replaced at half-time by Test debutant Josh Ioane, who succeeded with four conversions.

The world champions had the bulk of the possession and territory throughout and took the lead after nine minutes when Reece ran onto a pass from Savea before slipping through a tackle on his way over the try-line.

It was one-way traffic during the rest of the half as the All Blacks were superior in all facets of play while their hapless opponents battled to keep up. In the 16th minute, the Tongans launched a rare attack inside New Zealand’s half but Savea won a turnover at a ruck close to his 10-metre line before getting a pass out to Smith, who set off on a 60-metre run before scoring his first try.

The home side continued to dominate during rest of the half and were rewarded with tries from Taylor, Bridge and Read in quick succession which meant the All Blacks held a 33-0 lead by the 34th minute.

Reece then turned provider as he threw the final pass to Perenara, who cantered in for the All Blacks’ sixth try but the world champions were far from done and further five-pointers from Smith and Crotty gave them a comfortable 54-0 lead at half-time.

Things went from bad to worse for Tonga after the break when Bridge gathered the ball from the kick off for the second half before outpacing the cover defence to score his second try 11 seconds after the restart.

In the 46th minute, Todd scored his try off the back of a lineout drive deep inside Tonga’s 22, before Savea crossed for his five-pointer after a 50-metre dash down the right-hand touchline.

With the game well and truly in the bag, the All Blacks rung the changes but despite bringing on several replacements, their intensity levels did not drop. Bridge completed his hat-trick after 53 minutes before scoring his fourth try shortly afterwards.

The visitors were dealt a further blow on the hour-mark when Sam Lousi was sent to the sin bin for an illegal hit on Ioane and the All Blacks made their numerical advantage count when Crotty crossed for his second try in the 65th minute.

Although they still held the upper-hand, the All Blacks failed to score during the latter stages of the match but there was some joy for Tonga when their captain Piutau scored a consolation try in the 77th minute.