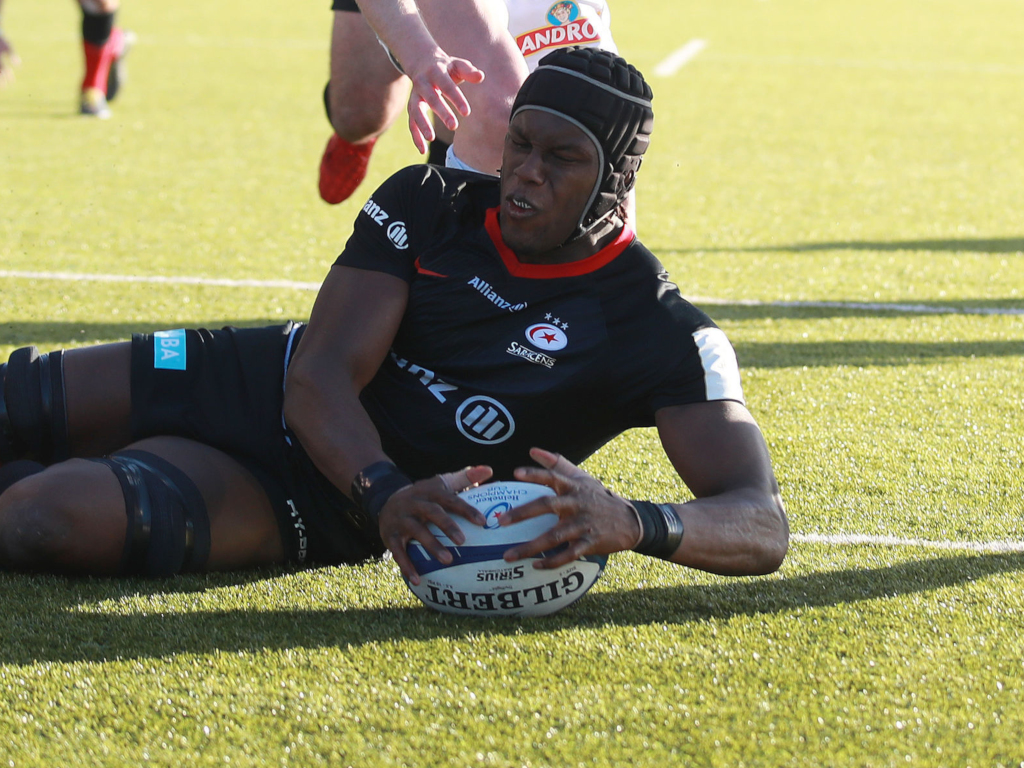 Defending champions Saracens will take on Leinster in the European Champions Cup last-eight following a 27-24 victory over Racing 92.

Owen Farrell was on target in the 76th minute as Sarries reacted to their automatic relegation from the Premiership for breaching salary cap regulations by claiming a lifeline in their pursuit of a European quarter-final.

A draw would have ended their Champions Cup defence and rendered their season meaningless, but Gloucester’s loss to Toulouse means that they have now qualified.

And the double winners did it the hard way against Racing after suffering the early setback of losing Billy Vunipola to a suspected broken arm incurred as the England number eight carried the ball into contact.

Eddie Jones names his Six Nations squad on Monday and will be monitoring the situation carefully knowing it would be the fourth time Vunipola has fractured one of his arms.

Saracens’ next wound was self-inflicted, however, as Australia lock Skelton was sent off for a high tackle on Brice Dulin moments before half-time.

When it rains it pours 😳

Will Skelton is sent off in the first-half for Saracens.#HeinekenChampionsCup pic.twitter.com/nalCX1qSou

Extraordinary defence from Racing kept the black shirts at bay on the closing minutes as 14 battled 14 due to visiting open Bernard Le Roux being sin-binned, but Farrell intervened successfully when given his chance.

At least for a couple of hours, it spared Saracens further indignity after their relegation from the English top-flight was confirmed on Saturday as punishment for failing to meet the demands of their rivals in addressing their salary cap indiscretion.

Roared on by fired-up home fans, they made a blistering start that swept them over the whitewash after 118 seconds.

Their intent was signalled when a kickable penalty was sent into touch and from the ensuing line-out fed a rampaging Mako Vunipola who was stopped just short before Maro Itoje arrived to finish.

Elliot Daly’s perfectly-judged pass to Sean Maitland launched a fresh attack that ended when Mako Vunipola muscled his way over from another line-out with Racing scrum-half Teddy Iribaren sin-binned for a deliberate knock-on for good measure.

Mako’s younger brother Billy had already departed and control began to slip from the champions’ fingertips as Racing hit back when Virimi Vakatawa broke free down the right wing to touch down.

As news filtered through that Billy Vunipola had suffered another suspected broken arm, wing Louis Dupichot picked off Farrell’s pass to plunder an easy try.

And Saracens continued to unravel as holes opened up in their defence with uncharacteristic frequency, inviting irrepressible outside centre Vakatawa to dance in for his second try.

Skelton was sent off on the cusp of half-time and when play resumed Iribaren landed a long-range penalty to extend Racing’s lead to 24-17.

But Saracens were not done yet as Daly – among his team’s best performers – made ground for Brad Barritt to direct a chip over the midfield that was gathered by Duncan Taylor for Itoje to score.

Farrell landed the conversion to level but he was then the victim of a late tackle by Le Roux that earned the Racing openside a yellow card.

Daly was given the shot at goal but he pulled his kick horribly wide, but Saracens looked to make amends by pounding away at the line with carry after carry.

Although held up over the line, they had won a penalty and Farrell made no mistake.

In the other lunchtime kick-off, Munster, who were already out of the competition due to Glasgow Warriors’ victory on Saturday, were too good for Ospreys, claiming a 33-6 win.