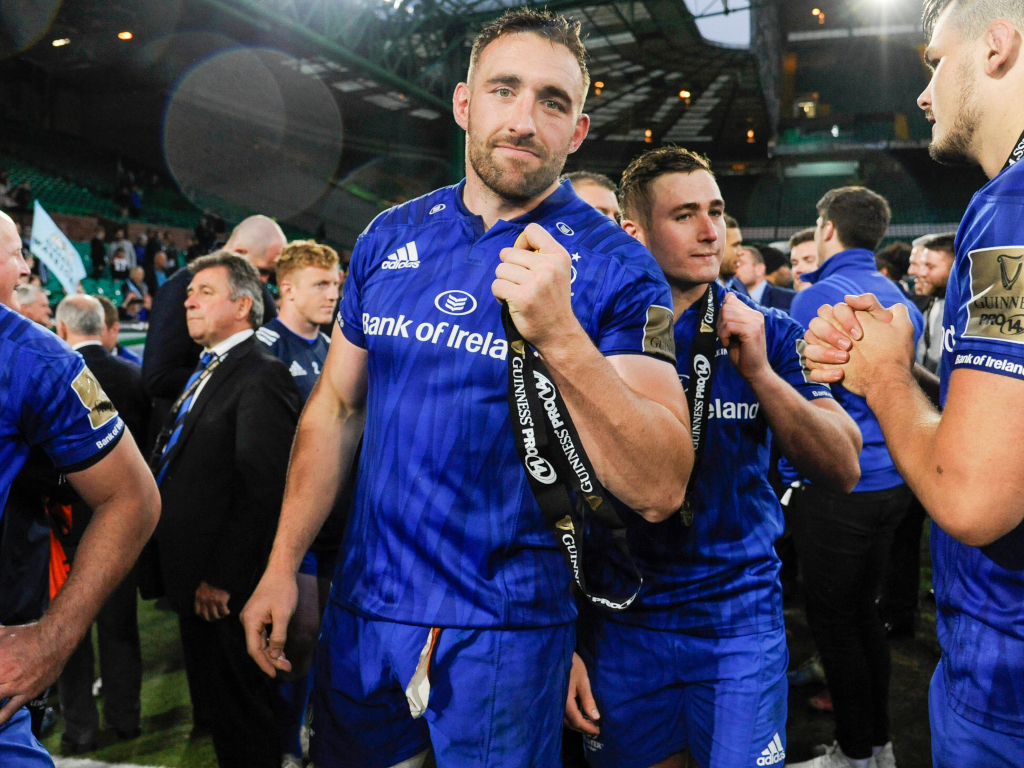 There are two PRO14 matches on Friday’s schedule with the Dragons hosting Leinster and Glasgow Warriors taking on Ulster respectively.

Centre Aneurin Owen will make his full debut for Dragons in the PRO14 clash with Leinster at Rodney Parade on Friday.

Former Wales U20s ace Owen is called into the starting line-up as director of rugby Dean Ryan makes five changes to the side that faced Connacht last time out.

Owen slots in alongside the recalled Jack Dixon in midfield while Wales international Jonah Holmes also makes a welcome return out wide.

Fit-again Matthew Screech will pack down in the back-row wearing the six jersey while Joe Davies is named in the second-row.

Prop Lloyd Fairbrother hits a century of games in the PRO14 up front.

New signing Dan Baker is named among the replacements while there is also a place on the bench for centre Connor Edwards, who could make his first appearance of the season.

Meanwhile, Luke McGrath will captain Leinster as Jack Conan makes his 100th appearance for his home province from the base of the scrum.

In the back three, Academy back Max O’Reilly starts at full-back with Cian Kelleher on the right wing and Dave Kearney on the left.

Elsewhere, Ross Byrne is joined in midfield by the fit-again Rory O’Loughlin who has recovered from a shoulder injury.

In the half-backs, captain McGrath is joined by Harry Byrne. It will be the first time that brothers Harry and Ross have started a game together in Leinster colours.

Up front, Peter Dooley, James Tracy and Michael Bent are the front-row selected by Cullen, with Bent back after a neck injury. Ross Molony and Ryan Baird are selected in the second-row.

In the back-row Josh Murphy starts at blindside with Scott Penny at openside having recovered from a neck injury.

Finally, Conan will win his 100th cap for Leinster from number eight.

The 28-year-old, who has 17 Ireland caps also to his name, made his debut almost seven years ago to the day also against Welsh opposition when winning the man-of-the-match award in a try-scoring performance against Cardiff Blues. In his seven years in blue he has, to date, scored 21 tries in his 99 appearances.

It could also be a memorable occasion for Marcus Hanan who is in line to make his Leinster debut off the bench should he be introduced. The 20-year-old played his age grade rugby with Clane RFC in Kildare and was capped by Ireland U20s during the 2020 Six Nations. The six foot tall, loosehead prop plays his club rugby with Old Belvedere.

🆕 Here is your Glasgow Warriors team to face Ulster at Scotstoun tomorrow night, brought to you by @MackenzieConstr

The match is live on Premier Sports 1, kick-off 7.35pm.#WhateverItTakes ⚔️🛡️

Adam Hastings will make his first Glasgow Warriors appearance since October on Friday, as the 24-year-old returns from injury to be named in the starting XV for the visit of Ulster to Scotstoun.

The Scotland fly-half is one of 12 internationals selected in the matchday squad by head coach Danny Wilson, with the Warriors looking to make a winning return to action a month since their 23-22 victory over Edinburgh.

Oli Kebble’s release from Scotland camp during the Six Nations’ fallow week sees the loosehead run out in Glasgow colours for the first time since December’s trip to Exeter, joining Johnny Matthews and Enrique Pieretto in the front-row.

Richie Gray also returns to the Warriors following international duty, with Leone Nakarawa making his first start for the club in a year.

Club co-captain Ryan Wilson leads the side from number eight, as Rob Harley and Thomas Gordon line up on the flanks.

Hastings is partnered in the half-backs by Jamie Dobie, the teenage scrum-half making his first appearance since committing his future to the club with a new contract last month.

Having started in the 12 jersey against Edinburgh, Robbie Fergusson shifts to outside centre to accommodate the return of Sam Johnson in midfield.

After making his club debut last time out, Rufus McLean retains his place in the starting line-up as he takes his place on the wing, with Ratu Tagive and Huw Jones completing the back three.

Two further players released by Scotland for this weekend’s fixture line up amongst the Glasgow replacements, as Grant Stewart and D’arcy Rae join Aki Seiuli as the front-row cover.

Having agreed a short-term loan deal from Worcester Warriors earlier this week, 21-year-old second-rower James Scott goes straight into the matchday squad to wear the 19 shirt.

TJ Ioane is selected to cover the back-row, whilst Sean Kennedy is in line to make his sixth appearance of the season if called upon from the bench.

The replacements are completed by two of the club’s most promising young talents; having joined fellow Scotland U20 flyer McLean in making his debut against Edinburgh, Ollie Smith joins Ross Thompson in the matchday squad for a second consecutive outing.

Meanwhile, Jordi Murphy will captain Ulster for the first time in their return to PRO14 action, while the trip to Glasgow will also mark significant milestones for Kieran Treadwell and Marty Moore.

Murphy will start at openside flanker, alongside fellow loose forwards Nick Timoney and Marcell Coetzee. Treadwell will become the latest Ulster centurion as he is named to start along with Alan O’Connor in the second-row. In the front-row, Eric O’Sullivan returns from international duty to join John Andrew and Marty Moore, who will make his 50th Ulster appearance.

In the backs, John Cooney and Stuart McCloskey are also released from Ireland camp and will start in their familiar 9 and 12 jerseys. Ian Madigan will partner Cooney at fly-half, with James Hume joining McCloskey in midfield. Rob Lyttle makes his return from injury on the left wing, with Craig Gilroy on the right and Michael Lowry at full-back.

Academy second row, Cormac Izuchukwu is set to make his senior debut if called upon from the bench. He is named alongside Adam McBurney, Andrew Warwick, Tom O’Toole – also returning from international duties – and Greg Jones in the forward reinforcements. Alby Mathewson, Stewart Moore and Matt Faddes will provide backline cover.