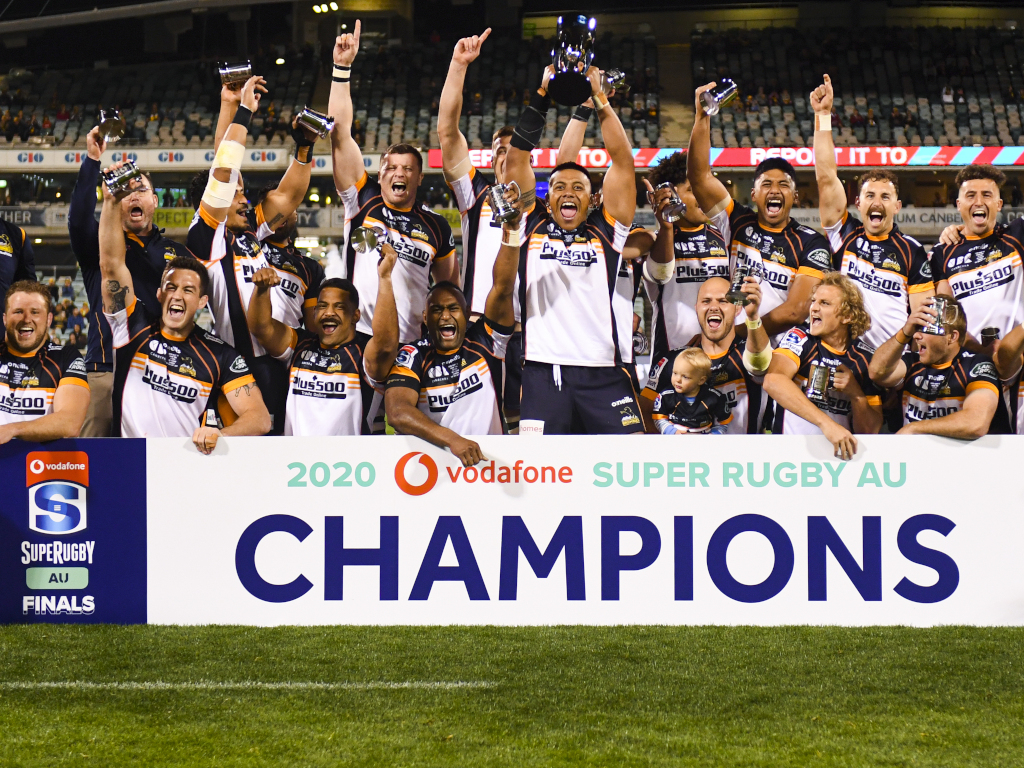 Super Rugby AU make its return on Friday when Brad Thorn’s Reds kick off their pursuit of the title with a clash against the Waratahs in Brisbane.

Throughout every squad there are stars and Wallaby internationals, but every year Australian rugby finds a few diamonds in the rough, as was the case with Harry Wilson last summer.

Here Planet Rugby takes a look at the players to watch in 2021. Who are you looking forward to seeing?

The 2021 season looks to be a do-or-die one for Perese’s career. The troubled star has struggled to stay away from the headlines in recent years having been sacked by rugby league’s Brisbane Broncos before tearing up his contract with Bayonne to take up this deal with the Waratahs.

Talent has never been in question for Perese, who played 17 games for the Reds in 2016 and 2017, former Wallabies boss Michael Cheika also invited the outside back to travel to Europe for Australia’s end-of-season tour of Europe in 2016.

Perese has always been highly rated, the question is can he avoid any more unnecessary dramas off the field? The Waratahs might be the last opportunity for him to show that he can. This season looks like it is truly the last chance saloon for Perese, and a guide to open an account on bet365 may be a good shout for making the most out of the bookies when backing the Waratahs this coming season.

Although Samu is one of the older players on the list, he is in need of a big season in order to once again stake a claim for a starting berth for the Wallabies.

Samu started the first Bledisloe Cup match against New Zealand last year before getting dropped by new head coach Dave Rennie. He then failed to see the field in any of Australia’s five fixtures after that game, underlining how competitive the Wallabies back-row is.

However, with Michael Hooper taking a sabbatical in Japan and Liam Wright likely to miss most of the season injured, Samu has an opportunity to once again stake a claim for a starting spot for Australia.

This season will be crucial for Samu, who needs a strong campaign to push himself up the pecking order.

After a successful six-year spell playing for the NRL’s Melbourne Storm, Vunivalu has finally returned to the code where he looked destined to make his name in.

Vunivalu has put himself in a strong position to make Australia‘s World Cup squad in 2023, having qualified to play for the Wallabies on residency rules after completing the five-year period.

The former Storm wing has all of the attributes for success in Super Rugby. He is an elite finisher, has exceptional athleticism and unholy power for a wing. Vunivalu will look to make the same impact as former league to union convert Marika Korobiete, who has since become a pivotal figure in Australia’s and the Melbourne Rebels setup.

☘️ Rob Kearney lines up at full-back for Force. #FORvBRU

📋 Check on all the #SuperRugbyAU teams for Round One. https://t.co/jbqfoEoZA0

After spending a hugely successful 15 years at Leinster, Kearney left the province seeking a new challenge and chose the Western Force as his next destination.

Kearney’s accomplishments are well documented, and for Western Force he brings in valuable experience as they look to make some noise in Super Rugby AU in 2021.

Although Kearney is approaching the twilight of his career, his skills certainly aren’t on the wane nor is he looking for a pension. He is in Australia to compete for more titles, more medals and a chance to become one of the few to win trophies in both hemispheres.

Lolesio has finally made the leap to the Brumbies senior squad full-time after making his debut in 2020 against the Reds. He retained the starting jersey until the competition was brought to a halt due to Covid-19.

The Auckland born fly-half soon regained the starting berth once rugby resumed, becoming a significant figure in the process for the Canberra team.

Despite his tender age, Lolesio has developed a wide arsenal of attacking skills in such a short space period of time. The 20-year-old claimed the man of the match award in the Super Rugby AU final, Lolesio tearing the Reds defence apart as he created opportunities for his teammates at will. His ability to break the line himself on a number of occasions is also an underrated part of his game.

The next step for Lolesio, who is the cousin of former All Black Francis Saili, is to take the next step and challenge for Australia’s starting fly-half job. Christian Lealiifano’s departure at the end of 2019 opened the door for Lolesio to be the natural successor in the position, and that is something that is quickly becoming a reality.

Once Haylett-Petty returns to rugby he will be one of the names to watch in 2021. Although the Rebels captain will miss the start of the season due to still working his way back from the concussion injury he sustained at the back end of October, he will provide must see TV when he returns.

The full-back is the complete package. He can play anywhere across the back three, he has decent speed, is adept with ball in hand and offers a strong kicking game to the Rebels backline while being equally as effective in defence. Haylett-Petty provides the X-factor and zip that few players possess and once he returns to rugby union the Rebels will again will have a game changer in their backline.

The Waratahs shocked a number of people after announcing Bell would be a part of their Super Rugby squad in 2020, but it didn’t take long for that surprise to vanish.

The emerging prop took to Super Rugby like a duck to water as he made his Super Rugby debut at just 19-years-old. Bell capped off a terrific season by earning selection to Rennie’s Australia Rugby Championship squad.

Bell has the ability to play on either side of the scrum and returns to the Waratahs with significantly more experience for club and country, so look for him to take the next step in his development this time around.

It’s been a BIG 4⃣ months for Trevor Hosea.

After a breakout season in 2020, where he made nine appearances for the Rebels, Hosea will look to take the next step in his development as he hopes to break his way into the Wallabies setup and earn his first cap.

Hosea was one of the biggest surprises to emerge in 2020 as he established himself as part of the Rebels second-row pairing of him and Matt Philip. However, with Philip now plying his trade in France with Pau, Hosea has become “the guy” at lock, and will undoubtedly have a bigger role this season.

If there is an opportunity for any Australian debutant to earn a Test berth this year it will likely be Hosea.

Like Bell, Wilson will be looking to build off a strong rookie season in 2021 after breaking out in 2020. Wilson made his debut for both club and country, and despite his tender age he didn’t look out of place as the Reds made it to the final before losing to the Brumbies.

Wilson is a fierce ball carrier and has been described as a natural attacker who can get over the gain line at will. He took to Super Rugby with ease in 2020, as he claimed Rugby Australia’s rookie of the year award.

Once the season concluded Wilson won six caps for Australia – imagine what he will be like this season with another year of experience under his belt in 2021.

Lezana arrived from Argentina in December on a one-year deal, with the situation regarding Covid-19 leaving the Jaguares in turmoil. He is on a contract that would be described as a “prove it” deal in North American sports.

Nevertheless, the former Santiago Lawn Tennis Club player touches down in Perth with much expectation, having already made 46 appearances for the Jaguares. Lezana has also donned the Argentina jersey on 39 occasions, making a name for himself as a strong ball carrier and is known for a quality work ethic, which helps him out on defence.

Look for him to make an impact and earn a long-term deal to stay at the franchise.